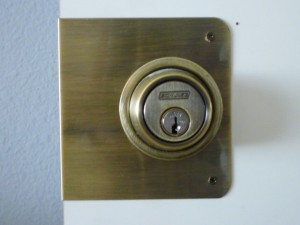 So we’re told that the “lockdown” of America’s population — basically urging everyone to stay in their homes, to shut down businesses, to stay at least six feet away from other people (preferably more), to stay away from church services, movie houses, athletic events, restaurants, and whatnot — has apparently begun to work. The coronavirus wildfire is beginning to cool. But we won’t be safe, not a chance, until a vaccine is produced. And when will that be?

“Given the current severity of the crisis, there are efforts to fast-track a vaccine for COVID-19 in as little as 12 to 18 months,” Dr. Abe Malkin, the founder and medical director of Concierge MD in Los Angeles told Business Insider.

A year to a year and a half? As little as? Seriously?

Our honored leader, dumb as a post as usual, craves to reopen the economy ASAP even though at the moment our country has the highest covid-19 death toll of any in the world: 20,000 of our people killed. This ill-advised desire of his is hardly surprising given that we’re headed into a depression the likes of which we haven’t seen since 1929 and that he campaigned on promises of invigorating the economy. 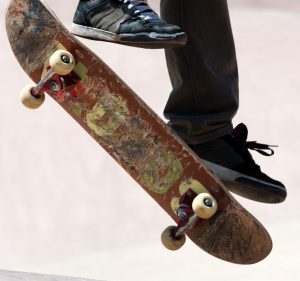 Meanwhile, those who understand economics warn that we’re skateboarding down the tubes at accelerating rates. “The pain will deepen,” opine the august editors of The Economist, “as defaults cascade through domestic payment chains.” Far as I can see, they’ve got that dead right. Recovery from this fiasco in the short term will be miraculous; in the long term it will require fortitude, patience, and — hang onto your hat — intelligent leadership.

If this thing goes on much longer, we could find that the measures we’re taking to save lives could alter the fabric of our society: change the ways we do things permanently.

On the other hand, not all is angst. Let us consider the strange benefits of “lockdown.”

• It has given Mr. Trump a royal opportunity to display what a bumbling clown he is. Maybe his performance will move voters off the dime to get him out of office.

• There’s almost no traffic! Even at 7 or 8 a.m., I can get across Feeder Street N/W without risking my life. The horrid Conduit of Blight Blvd. is relatively quiet and clear. Driving on a freeway is not the usual nightmare.

• I haven’t bought gasoline in a month! And the car’s gas tank is still three-quarters full!

• My auto insurer is refunding 15% of this year’s car insurance premium! Hafta say, it had crossed my mind to quietly resent having to pay to insure the tank for the weeks and possibly months that I’m not driving it. Since the cost of insuring that damn Venza is in the vicinity of $750, a 15% refund will go a ways toward next year’s tax & insurance budget.

• With people home all the time, the neighborhood is safer: fewer burglaries, fewer car break-ins, less harassment of women.

• Delivery services are growing. Getting someone else to bring your groceries to you instead of having to do battle with traffic and crowds is kinda nice. Walmart, Sprouts, Albertson’s, Safeway, Basha’s (a local grocery chain), Fry’s (Kroger), CVS, Walgreen’s, and Home Depot will deliver whatever your heart desires, right to your door. Right now I could order 20 pounds of (much-needed) birdseed from Walmart for a tiny fraction of what the same stuff goes for on Amazon.

• Restaurants are turning themselves into grocery stores. In addition to selling cooked meals to go, many are selling grocery items. One proprietor here will sell you a margarita to go, too, with your upscale gourmet “Mexican” meal.

• My son has been working at home for the past three weeks. He says his employer, a large nationwide insurance company, has closed and locked its large building in the East Valley. He’s afraid they won’t re-open it. Whether that means he thinks they’ll move their operation to some other city, laying off all their Phoenix workers, or whether he suspects they simply will ask everyone on their staff to telecommute has yet to be articulated. But…

Why not have all office workers work from home all the time? Companies wouldn’t have to rent expensive office buildings — these could be converted into homeless housing or retail space. Or  torn down to provide some green space. All a company would need is a meeting room to bring staff together once a month or so, and private space for one-on-one meetings.

• Meanwhile, my neighbor across the street, a high school teacher and English-as-a-second-language specialist, appeared to be relaxing on his front porch the other day, talking into his laptop’s microphone. In response to a quizzical glance, he announced “I’m teaching!“

Yep. I’ve done that. Created the Great Desert University’s first online course in the College of Liberal Arts & Sciences. It surely has its advantages over standing in front of a roomful of students for 90 minutes to three hours.

Why not put schools online all the time? Where schools exist to provide free lunches and baby-sitting services, why not frankly make them child-care centers? For single parents and couples who both have to work, existing school buildings could be converted into baby-sitting facilities with computer hookups to have the kids do their schoolwork online. Is it really necessary to congregate kids in prison-like facilities to teach them? 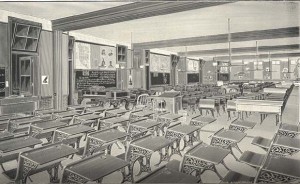 When I was teaching at the university’s westside campus — a commuter campus smack in the middle of a district where you really don’t  wanna put your kids in a public school — I was surprised to discover that a bunch of otherwise perfectly sane adult students were homeschooling their kids. Nooo, amazingly, they were NOT religious nuts or end-of-the-worlders. These were people who had tried the public schools in that part of town and found them beyond wanting. And because most were working-class folks, few of them were earning so much that one partner’s salary would be sorely missed. Several classmates explained that after doing the math, they realized that if one parent stayed home to supervise their kids’ homeschooling, it actually cost the family budget nothing — and indeed in some cases they came out ahead. This was because if one parent, usually the mother, stayed home, they didn’t have to pay for office clothing, for gasoline to commute, for higher auto insurance to cover commutes to two jobs, for lunches out, for day care, for summer child care, and so on. Not only that, but these people were convinced their children were getting better education — and having taught the products of Arizona’s public schools after they reach our universities and community colleges, I’d say they had somethin’ there. Not one but several of them reported that their kids could get through a whole day’s classroom instruction in two hours, sitting at the dining room table. They said that if they sat their kids down shortly after breakfast, the kids would go through the lessons, do the homework, and finish by noon.

They would then spend the afternoon in field trips, learning projects, music lessons, or other creative activities. Kids had no problem passing the standardized tests and no problem with the SATs.

Think o’ that… As for socialization, the public schools here are required to let home-schooled kids join in extra-curricular activities, so many of these kids were on track teams, baseball teams, band, debate clubs, even football teams. In addition, the Phoenix area has large kids’ soccer and baseball leagues, so there are plenty of PE-like things for home-schoolers to join.

I’m tellin’ you…if this lock-down maneuver goes on for very long, a whole lotta parents are going to figure that out. Why would you put your kid in a prison-like school where they’re going to bring home a disease, a pack of cigarettes, or a baggie of weed…when you could teach them better at home?

If that happens, school districts will (one hopes) respond by providing extensive online instruction. And then maybe all teachers will be able to hold forth from the comfort of their front patios.

And speaking of change in the offing…

• Sheltering in place is about the same as aging in place. This fiasco is giving me a chance to see what will be involved in staying in my house when I’m too old to go out and bat around the homicidal streets of Phoenix, and to figure out how to make it happen, while I’m still “young” enough and clear-headed enough to figure anything out.

Being forced to figure out how to get damn near everything delivered is good preparation for the Aging in Place Scheme. If all the places that are doing home deliveries now continue to do so into the future — and they probably will, because most of them are contracting out the service — it would be relatively easy to stay in your home (assuming no crippling disability) well into your dotage. All these delivery services essentially co-opt the largest part of one’s need to drive.

For other purposes — entertainment, for example, or church, or clothes shopping — Uber or else catching rides with younger friends will do the job.

What’s good about social distancing and self-isolation in your parts?