…Whether ’tis nobler in the mind to suffer
The slings and arrows of outrageous fortune,
Or to take arms against a sea of troubles
And by opposing end them.

Or, in the present case: by opposing, end yourself… 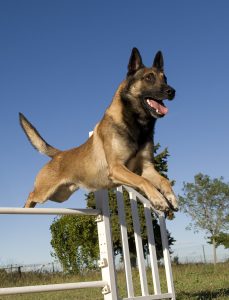 To live in a big city is to suffer the slings and arrows of outrageous…behavior. Just yesterday the cops pursued some nut case who led them across-town, driving on the light-rail tracks at some points, and finally ended up barging into some hard-working couple’s home, whereupon the cops destroyed the place and the perp killed the cops’ Belgian malinois.

So: yeah. That’s this evening’s wallpaper.

Day is over and the dogs — the corgis, that is, not the fierce police dog — wish to go for a stroll around the neighbors’ lawns. I’m just strapping on a pair of sandals for the purpose when

Cop Copter! They tear over the house and skid to a stop (as best as a pilot can skid through the sky) over the end of the block, just this side of Conduit of Blight Blvd.

Searchlight glaring, they circle around for fifteen or twenty frantic minutes.

So instead of setting out for Richistan, Bear Spray in hand, the hounds and I hunker down behind locked doors and windows.

Maybe it’s time to move to Prescott. Yarnell. A hundred acres in the middle of nowhere. Enough, already!

See, the thing is: places like Yarnell can’t afford to equip their police departments with helicopters. Hence…quiet.

And hence, the question of the evening: Is it better to know or not to know about the mayhem that’s going on around you?

True enough…I should be thankful to have been warned away from whatever shenanigans were coming down, six or eight houses up the street.

On the other hand, given some silence the dogs and I would have headed in the other direction from the scene of the shenanigans. Chances that we would have encountered the burglar/car break-in artist/murderer/rapist/sticky-fingered derelict were nigh unto nil. And even if we had, I would’ve had the Bear Spray on my belt and a shilelagh in my hand.

(On the other hand, one could ask why the eff anyone would want to go for a doggy-walk if you have to haul a can of high-test pepper spray and carry an ironwood staff with you…)

Seriously: would you not be better off if you didn’t know about these things? If your life were not interrupted every couple of days by buzzing helicopters and whirring sirens? Could the cops not swarm the alley and the yard and the house where the perp is reported to be active, on foot? Without all the random noise, would your nerves not be a great deal less jangled? Would your life not be more peaceful? Would you not get a decent 30 minutes of exercise, instead of parking in front of the computer for that half-hour (and more)?

Portugal. For €150,000, one could buy a three-bedroom manor in the Estremadura. Why are we here at all?

Will Portugal take my dogs? 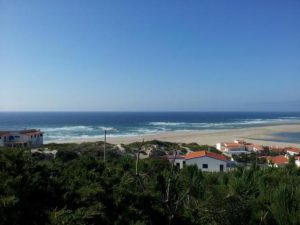