Late last year, University of Arizona law professor Brent White stirred up some controversy by observing that underwater homeowners should feel no guilt about walking away from properties whose value has fallen way below the amount owed on them. Pointing out that the very lenders who cooked up questionable residential mortgages feel no compunction about walking away from underwater commercial properties, White pointed out that buying a residential property is no less a business transaction than buying a commercial one, and that mixing emotion and “morality” into the transaction has saddled homeowners with a disproportionate burden for the current real estate fiasco. 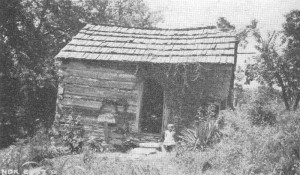 Cutting one’s losses when a property is no longer worth what you’re paying for it is called “strategic default.” Despite the clear fact that a real estate transaction is a real estate transaction, many people can’t get past the idea that individuals, as opposed to corporations, have some moral obligation to stick with a bad business deal. Others argue that what’s good for the corporate goose is good for the individual gander. Just check out some of the comments here and here and here.

The story’s not quite as simple as it seems on the surface. Depending on what state you live in, you may or may not be able to hand a property back to the bank without consequence. In some states, lenders can come after an owner who walks or does a short sale for the difference between the house’s selling price and the amount of the loan. Your credit rating, of course, will be trashed for several years to come. And if Soggy Bottom is not your primary residence, you’ll owe taxes on the amount you defaulted on.

IMHO, White has got something. If you’re stuck with a bad loan for your primary residence and you live in a state where a lender can’t sue you for a deficiency judgment (such as Arizona), it may be financially irresponsible NOT to walk. And there’s no reason to feel guilty or morally incompetent when the mess results from no fault of your own.

M’hijito and I copurchased a small house in mid-town Phoenix’s established, mostly middle-class north central corridor at a time when we believed the real estate collapse was nearing bottom. Our agent, a very smart older man with an MBA and many years of experience in business and real estate, thought the same thing. We estimated the house’s value would drop about $4,000 to $6,000, level out for a year or two, and then begin to rise at about 3% to 6% p.a., the historic rate of increase in that area before the bubble.

Neighbors were furious with our seller for unloading the house at what they thought was a rapaciously low price.

How wrong could we all have been?

We planned to hold the house for five to ten years, with M’hijito living in it most of the time or renting it should he take a job in another city or marry and need a larger home. After no more than a decade, at which time I planned to retire, we expected to collect a small profit or at least break even, split whatever equity we recovered, and go on our respective ways.

Now M’hijito feels stuck in the house. Because we can’t even begin to sell the house for what we owe on it, he can’t move to another city in search of a better job (workers are famously underpaid in Arizona) or go out of state to pursue an MBA at a decent school. Having lost my job and seen my retirement savings plummet $180,000 when the Bush economy crashed, I’m in a different financial position (indeed) than I was when we bought the place.

Fortunately, we did have enough sense to get a loan through our credit union. Unlike the banks of recent infamy, the credit union has been willing to negotiate. But they resist even contemplating a cut in principal, which is what needs to happen.

In response to my layoff from ASU, the credit union arranged to prorate our payments over 40 years (instead of 30) and to cut our interest rate to 4 percent. This dropped the mortgage payments into a more affordable range—and to something close to what we could theoretically get in rent.

The deal is good for only a year, however. After that, the credit union will consider renewing it for another year or will give us the option to refinance.

Although of course I’m pleased to see our payments reduced to something almost within reason, I’m still unhappy with the underlying predicament: the house’s value has dropped so drastically that we may never recover our investment in it, and so money paid toward the loan amounts to money down the drain. In an optimistic scenario, it will be another ten years before the house’s value rises to what we owe on the mortgage—to say nothing of the healthy down payment we put down at the outset. And please: don’t even ask what it costs to renovate a 1950 cottage!

For the time being, M’hijito likes the house and is comfortable there. He rents one of the rooms to bring in cash to cover maintenance and repairs. And with the mortgage adjustment, the roof over his head is costing him no more than he would pay for a rental. But the point is, we’re both losing money on the property.

We did everything we could to make a responsible decision: purchasing a house that was certainly no McMansion, selecting a centrally located neighborhood ripe for gentrification and close to the much-ballyhooed lightrail line, buying within our means, avoiding shady mortgage instruments, and selecting a lender that was unlikely to rip us off. And we’re still behind the 8-ball.

A corporation’s board of directors would be remiss not to default under those circumstances. So…should a homeowner be held to a different standard? If so, why?

7 thoughts on “Walking Away from a Mortgage: Is it immoral?”