Started the morning annoyed…possibly nothing new about that, since I have the personality of a hummingbird. (Did you know the ancient Inca thought hummers were the reincarnated souls of warriors, because of their irascibility?)

Ruby is supposed to go to the vet to get the tartar scraped off her little teeth next Monday. This appointment was made six months in advance, to my initial annoyance — I fail to see an excuse for that. But OK, no hurry, so who cares?

But now that we have the covid horror, Dr. Bracken — like all the vets in town — is requiring people to park and call from their car, and then they’ll come out and take your animal from you.

The more I think about that, the more I think…huh-UH! i ain’t a-gunna do that to my little dog. Ruby doesn’t like to ride in the car in the first place. But she’ll be absolutely terrorized if some total stranger comes up to the car and drags her out and hauls her into a place she hates. I think that’s rather a bad idea, don’t you? 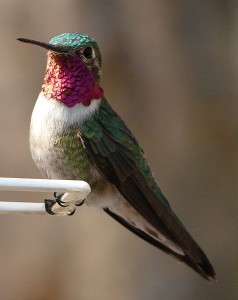 So I called and said I’d like to put the dental cleaning off for another six months, by which time I hope the covid flap will have settled down. His phone lady puts me on hold with a LOUD — we might even say ear-splitting — recorded spiel, the usual bullshit from veterinarians about all the terrible things that are gonna happen to your dog or your cat if you don’t get this unnecessary test and that unncessary test and half-a-dozen unnecessary vaccines. (Interestingly, a group of scientists tested a large set of dogs starting in puppyhood to see how long the immunity from a single set of standard shots last. They had to stop after 7 years — at which time the dogs were still immune to all of the standard diseases for which they’d been vaccinated!). So this obnoxious high-volume sales pitch goes on and on and on, until I finally hang up.

So now I’m looking for some ways to clean Ruby’s teeth, not an auspicious prospect because I’ve let it go way too long. She hates to have her teeth cleaned and puts up such a fight that I finally gave up, so her back teeth are encased in tartar. Some people, however, claim that if the dog can be persuaded to chew on a heavy marrow bone or even on a rope chew toy, that will break a lot of that tartar off. I kinda doubt it but figure it won’t hurt to try. She really needs to be knocked out cold and have those teeth scraped. But…how that is going to happen in the Time of Plague escapes me.

I’m also thinking I’ll try to find another vet to do this…maybe one whose staff is capable of answering the phone.

Pool Dude lost his dog last week. The critter fell sick. He tossed the pooch in the car and shot up to the emergency vet, where…yeah, they made him wait in the parking lot until they got around to coming outside to get the dog. During that time the dog stopped breathing and died.

See, said he, that is WHY I came up to an emergency veterinary hospital: because the dog was desperately sick.

6 thoughts on “Why am I a cranky old bat? Because…”