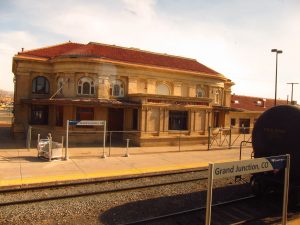 Up at 3:30 sharp. Hate this…especially in the Age of Covid. In the middle of the night, your neuroses and your hypochondria are unleashed. But it has become a custom, a habit, some kind of physiological necessity. The internal alarm clock goes off every morning between 3 and 4.

M’hijito is bringing his dog over here around 8, on the way over to pick up his dad and New Wife. Word came down that his grandmother — DXH’s mother — is breathing her last in the Grand Junction, Colorado, nursing home where she’s spent the last 20 years or so of her life.

They were told that they would all have to take and pass covid tests if they are to go in to her room to say good-bye. Not that this would make much difference, as she’s been blind and deaf for upwards of a decade.

My son used to go over there several times a year to visit with her. But finally he announced he was not going back, because he didn’t believe she even knew he was there. That decision came down several years ago.

At any rate, from here he will run over to his dad’s house, pick them up, and drive them to Grand Junction, a 10- or 12-hour junket.

I am not pleased.

DXH is 80 years old, for God’s sake! He’s had a heart attack and bypass surgery. If he catches this thing, he is not going to get to be 81. NW is significantly younger…but you can be a whole lot younger than 80 and still not be a spring chicken. So both of them are put at risk by this junket, as indeed is my son. Unless they brought food with them, they’ll have to stop to eat either at Flagstaff or at Kayenta. They might make it to Four Corners without fainting from hunger…but I wouldn’t put money on it.

Kayenta, where we always used to stop to grab a bite to eat partway through this journey, is in the middle of the Navajo. The plague is holding forth there, as it has from the outset, with a vengeance. On the Rez, 8,243 people have fallen sick…they’re not even saying how many have died, but other sources report that it is a LOT. These are rural, almost nomadic people. There are no large towns on the Rez. By comparison, Yavapai County, which comprises the town of Prescott (once the state capital) has counted 1,167 cases so far. The population of the Navajo Nation is 273,667. The population of Yavapai County is 235,099. So…uhm…think of it this way: 273,667 is NOT to 8,243 as 235,099 is to 1,167.

Not by one helluva long shot.

Of course, I have no choice in the matter. They decided not to fly, apparently figuring that was riskier for the old folks than driving. And that no doubt is true.

Took her out to pee about 4:15 to find it was JUST GORGEOUS outside, Venus in the morning sky, the air highly tolerable.

I had decided to opt the morning walks until it cools off a little: by 5 or 5:30 a.m. it’s just gawdawful out there. (To give you an idea: it was 113 yesterday, down from 116 a couple days ago.) But in the predawn gloaming a thought occurred: y’know…we could shoot out, make our dash through Upper Richistan, and get back before the heat comes up.

What a brilliant idea! It was just lovely out. We encountered only one(!!!) dog, and that was on the way back into the ’Hood. Normally I have to wrestle Ruby past a dozen or more dogs. A coyote lives on the road that leads through Lower Richistan, but if she was in the shrubbery over there, she didn’t make herself known. Forgot to bring my shilelagh, so felt a little antsy about that…but mercifully, nothing happened.

Back in the house by 5:20. Dog fed. Human dropped into the pool. Plants watered. Bird dish refilled with water. Hot dang!

I never got along very well with my mother-in-law. She’s way too much like me: highly opinionated, and not very polite about it.

My mother, who struggled all too visibly to reserve judgment, was nevertheless unmistakably abhorred. And over time MiL did not wear well with me. I do not care whether your political and social and moral beliefs fail to come up to my elevated standards. Seriously. You can be as wacksh!t crazy as you like, you can even be a damned Trumpeter, and as long as you stay out of my face, you’re welcome to it. But that one…could not stay out of your face. If you did not think just the way she did, well then…obviously you were none too bright. And she was happy to tell you about it.

You know the type. Facebook is littered with them.

So that marriage entailed a 20-year struggle to stay polite around the woman. Thank God she lived in another state.

Yet at this point…well, I feel sorry for her but do not feel sorry she is passing.

To live to be 106 years old is to outlive life.

That horror is not something you would wish on anyone. Imagine being confined to a bed in a nursing home, unable to so much as get yourself to the toilet or into a shower stall, unable to see, unable to hear. Not even a mindless daytime TV show to while away the endless hours. There must be a better way to get off this mortal coil.

Her other son lives in Texas. I assume he’s flying over to Grand Junction. Whether they intend to linger at her side until she passes (if she passes…), I do not know. Whether funeral arrangements have been made, I do not know — although given that New Wife is a woman of sterling common sense and considerable prescience, I would assume so. And if so, are they going to stay in Colorado until a funeral and wake and whatever hoohah take place? Or what?

MiL made herself a minor celebrity there on the Western Slope, during her heyday. She wrote a newspaper column for the Grand Junction paper, worked for awhile as an announcer for the local NPR station, and carried a bright red banner of feminism over the heights of Grand Mesa and right into the precincts of Denver, where she got herself appointed to various political jobs, whenever a Democratic governor was in office. So active was she that at one point she was anointed Colorado’s Woman of the Year.

She did a lot, for a small-town librarian who had ill-advisedly married a bright but mentally questionable young man, struggled through 20 years of marriage, finally unloaded the clown (after he took up with his old college girlfriend), and ended up stuck in a small city in the middle of nowhere. Overall, she seemed fairly happy. She had friends. She adored her sons. She achieved a degree of recognition for her public work.

Not a bad life. All things considered.