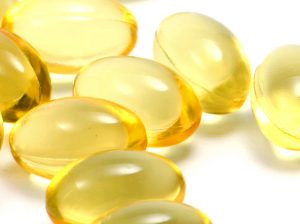 So earlier today, I came across a British doctor who was holding forth, on his own site, to the effect that vitamin D works to protect against respiratory infections and to reduce severity of those that you do catch.

Riiiiggghhht! thought I. If that ain’t woo-woo, I don’t know woo-woo when I see it.

Maybe I don’t know woo-woo when I see it… Started exploring around, and discovered that lo! The research is actually out there, to the effect that indeed, a hefty level of vitamin D in your system does improve your resistance to a number of viral and bacterial agents and, holy mackerel, the stuff actually does help you withstand and fight off a respiratory infection.

Here, for example, is an article in Clinical and Experimental Immunology, which appeared in 2009; the authors, Hughes and Norton, report findings that support the likelihood that vitamin D is protective against lung infection and inflammation. This is not the Journal of Woo Woo Fantasy — CEI is a peer-reviewed medical journal published by Wiley-Blackwell for the British Society for Immunology.

That appeared way back in 2009. In 2017, the British Medical Journal reported that “Vitamin D supplementation was safe [but see below before buying this assertion] and it protected against acute respiratory tract infection overall.” Regular daily doses proved to be more effective than a single walloping dose.

The World Health Association, in 2019, called for further research into the matter, expressing some skepticism about the 2017 study.

Interestingly, we seem to have had no panicky runs on shelves of vitamin D nostrums. This morning, the nearest Sprouts was richly endowed with the stuff. Taken in moderation, it’s harmless. If there’s a chance it might protect you from the worst effects of the present contagion, it’s certainly worth trying.

Don’t overdo it, though. Taken in excess, vitamin D can lead to bone loss, abdominal discomfort, kidney problems, and other harms. Toxicity arises when you dose yourself in the range of 60,000 IU a day. I think I would not take more than one 5,000 IU capsule a day, especially if you live in a sunny climate or you eat a balanced diet rich in fatty fish (such as salmon, tuna, or mackerel), vitamin D fortified products (dairy, fortified orange juice, soy milk, cereals), beef liver, cheese, and egg yolks. Nor does it seem wise to take vitamin D supplements indefinitely.

Vitamin D supplements may (or may not) be helpful to ward off the threatened covid-19 viral infection. But once the scare is past, it’ll be time to lay off the stuff.