What a gorgeous morning! Cool but not crisp, birds flying around building nests, honeybees darting about the citrus blossoms, which perfume the air like some kind of exotic tropical flowers. Over coffee this morning I spotted a dainty little white butterfly competing with the apis species. Looked very much like this little guy… 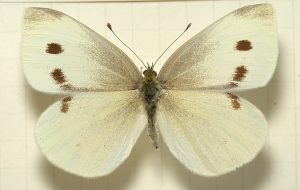 Most low desert urbanites hate the citrus flowering season, because they wrongly imagine the highly perfumed blossoms aggravate their allergies. And if you didn’t already have respiratory allergies before you came to Arizona, you soon get them. 😀 But the truth is, plants that attract pollinators by scent are not especially allergenic. What stuffs up your nose and makes you wheeze are blossoms that are pollinated by wind, whose pollen wafts aloft and floats into your schnozz. The worst offender in these parts, believe it or not, is the ponderosa pine, which covers the Mogollon Rim. Despite the depredations of pine bark beetles and drought, Arizona has the largest ponderosa pine forest in the world. And its pollen soars down off the rim and settles into the Valley each spring, where it wreaks havoc with the flatlanders’ noses. 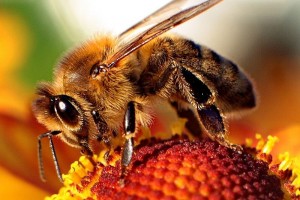 Ruby the Corgi is having a sh!tfit. Someone must be walking their dog past the house. Either that or another bum is stumbling by.

Yesterday she had a merry ride out to Sun City, where we were invited to dinner with SDXB and NG. Normally, when schlepping dogs around, I lay the back seats down flat and, in the present annoying Venza, stuff old bed pillows into the gap between the half-a$$ed cargo compartment and the back seat, so a sudden brake doesn’t fling the dog down in there and break the beast’s leg. Or neck. Normally, Ruby huddles in terror by the back gate, hoping to get out at the earliest possible moment. This is a behavior she learned from Cassie, the Late Queen of the Universe. Cassie truly hated riding in cars.

Running late, though, yesterday afternoon I decided to leave the seat-backs up and just lift her onto the seats. The menacing well between the front and back seats was already crammed with pillows, so…why bother with pointlessly heaving the backs down and then back up?

Well. It took her a little while to realize that — mirabilis! — from the vantage point of the seats she could see out the windows! 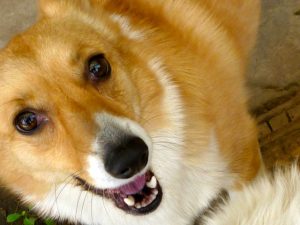 This was quite the little revelation. In evident doggy delight, she spent a fair amount of the ride migrating back and forth between the left side and the right side, gazing out at the sights and then switching to the new exotica on the other side. Very cute.

Possibly after this she’ll be less averse to riding in the car. She’s not phobic, the way M’hijito’s dog Charley is. But she hasn’t been fond of auto travel. It would be neat if she would come to like riding around.