When you are the Human and there is only one of you, and there are two or more canids inhabiting your space, then you live in the Company of Dogs. Not the other way around. You may imagine they live in your company, just because you serve them food and provide a fine waterproof den for them and expend your treasure on their vet bills. But in reality: no. They are not your pack. You (you absurd creature) are part of their pack.

Cassie the Corgi, a.k.a. The Queen of the Universe, is in the second day of a rare recovery from her chronic illness. If we think of her condition on a continuum of 1 to 10, with 1 being next to dead and 10 being back to normal, she is in Day 2 of Condition 10.

This, as you might imagine, poses a challenge for her sidekick, Ruby the (former) Corgi Pup, especially given the amount of time her Queenship has hovered around a 5. 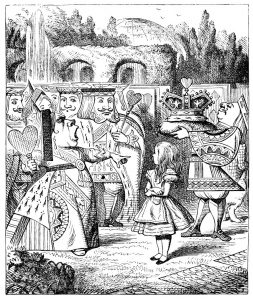 Off with her head!

As Cassie has faded, Ruby has taken on Presence. She has, of late, become muscular and imposing. If she were a German shepherd who weighed 90 pounds instead of 23 pounds, she would be effing scary. The Human, silently alarmed, had taken the position that it is the boss, even though this position increasingly appears to be, well…off-course. Cassie the Queen of the Universe has taken the position that the whole mess pisses Her Dogship off, but there’s not a lot she can do about it, other than threatening to remove Ruby’s head, which we all know is not a-gonna happen.

Something there is about canid competition that is unnerving. Ruby has decided that Cassie will not have her usual privileges:

This competition is having two effects on the Pack company:

If dogs could be Cheshire Cats or Queens of Hearts, these creatures would be those. 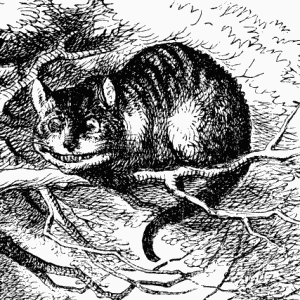