Charley the Golden Retriever is always beside himself with doggy joy when M’hijito gets off work and comes by to pick him up. Somehow dogs know what time it is. Charley and Cassie start watching the front door along about 5:00 p.m., and no matter how late the human is, they keep up the vigil till they hear his car roll into the driveway. Then they dance the evening two-step.

Charley has this wacko upside-down thing he likes to do. He tries to stand on his head. He’s so happy he can’t contain himself. 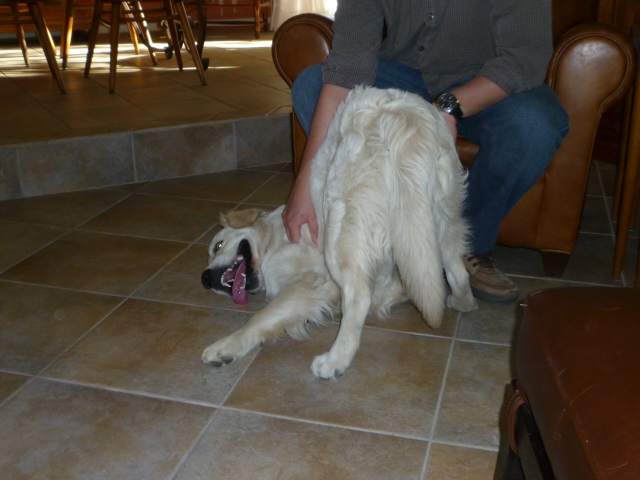 Don’t ask. I have no idea where he learned to do that!

Speaking of learning, over at Grumpy Rumblings, Femme Frugality gets a conversation going when she asks “What are the qualities in your ideal student? Where’s the line between being a good student and being a kiss-ass?” If you ever doubted that academics are grumpy, this will clear your mind.

Over at SquawkFox, there’s been some changes made! The new adventure, though, hasn’t interfered with Kerry’s original and humorous spin on life, the universe, and all that frugality.

Prairie Ecothrifter has a nice post how to deal with the needy sibling. Probably easier said than done…but good words and true. This advice also applies to the child who always needs rescuing, usually with a hand-out.

Money Beagle tells a story that illustrates why he’s glad he hires a tax accountant to do his returns.

Over at The Digerati Life, SVB contemplates some of the worst jobs in creation. LOL! I’d include teaching freshman comp in there…not as high on the list as being a cop or serving in the military, o’course, but certainly on a par with collecting trash (which, by the way, pays significantly better than what I earned with my Ph.D. and my Phi Beta Kappa key in a full-time university position).

Speaking of jobs, check out Steve’s take on ten quotes about careers over at Brip Blap. There’s some entertaining and some profound stuff here, from Hilary Clinton’s advice (“Don’t confuse having a career with having a life”) to Steve’s reflections on some of these bons mots (“Americans confuse education with achievement”).

Here’s an awesome recipe (with mouth-watering photo) at Musings of an Abstract Aucklander.

Revanche grinds her teeth, at A Gai Shan Life, over having to pay some dumb tax. Heh…who among us has not shared the privilege?

Donna Freedman does it again with an amazing riff on midnight movies and guilty pleasures. How can that woman write so much and still manage to write so well?

Did you see Evan’s post at My Journey to Millions on ethnicity and patterns in investing? As you can imagine, he stirred up a fair amount of controversy, some of it totally off the wall. Speaking of amazing.

Several PF bloggers have been talking about long-term care insurance lately. Free Money Finance considers some refinements on long-term care policies, which are worth thinking about.

Mrs. Accountability at Out of Debt Again asks if you like to use the ubiquitous store saver cards. Guess I’m nuts, but I just hate those things. What a scam!

Over at The Blue Collar Workman, TB explains that bigger is better with the new air-conditioning units.

You have gotta see the photo at Five Cent Nickel, where Nickel holds forth in awe about extreme credit-card collections! Ay-mazing!!! 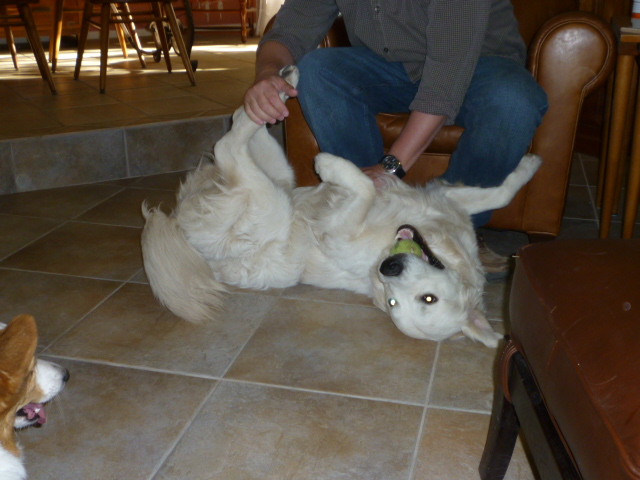