So as the dawgs and I rolled out of the sack — a little late, around 5;30 — what should we see but a flash of lightning off to the south: a storm blowing in! And quite a little freshet it was: a spectacular lightning show, lots of thunder, and this wet strange stuff falling out of the sky.

Yes. It actually rained at six in the morning!

That is a rarity in these parts, at this time of year. Usually monsoon rains come along late in the afternoon or early in the evening.

So we opted the morning doggy-walk, which was too bad. The human needs that mile-long stroll even more than the dogs do. But I wanted to get the coffee ground and the water heated and the melon out of the fridge before the power went off, as its apt to do at the first sign of a lightning bolt. Even though I have a gas stovetop, these fine new-fangled Protectors from Yourself don’t work when the power’s out! Yes. A modern gas stove requires an electric spark to light it and to stay lit. No electric, and the gas shuts off, fuckyouverymuch.

Yes, I do have a camp stove. But how can I count the ways I do not wish to fiddle with that in the dark during a storm…

It’s now after 6:30, and the light has yet to come up: even though the storm has blown over, it’s still pretty dark out there. And muggy. Not any cooler than one would expect at this hour, but soggy. The dogs refused to go out on the back porch, where I wished to repair with coffee after breakfast. Cassie, being a corgi by nature as well as by form, contrived to herd the human back into the house and back onto the bed, where she wished to recline. 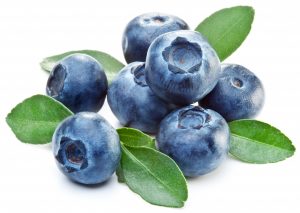 Cassie and Ruby look forward to their morning doggy-treat snack of blueberries. I always serve up a handful of fresh blueberries to myself as a side dish to whatever breakfast happens to be. The dogs being spoliated, they mooch treats whenever the human sits down to the table. And I’ve found that a blueberry apiece is a convenient way to shut them up while I’m trying to chow down myself.

So, running low, the other day when I was making one of the late, triumphant Costco runs, I pick up a box of organic blueberries from a produce bin. Walk into the chiller room and find…what? Non-organic blueberrries: same size package, same handsome looks, half the price of the organics. Well…naturally I put the organic berries back in the bin and grabbed a box of the non-organics.

Mistake! Or, in the immortal words of Star Trek‘s Nomad: ERROR ERROR ERROR!

I thought there must be something wrong with me: old age brings on all sorts of sensory flukes. Put them back in the fridge. Tasted them again later: still inedible. They tasted, not surprisingly, like some kind of chemical.

So yesterday I took them back down to Costco, demanded my money back, and traipsed to the back of the store to pick up a package of the organic variety.

And yup: this morning we see that apparently the cheaper berries indeed were contaminated with some kind of agricultural chemical. The twice-as-much berries taste very much like…well…blueberries. Just blueberries.

Jeez. Think of that: you have to pay double the price for produce that has no gunk poured on it.

Costco is offering a large set of beautiful German kitchen knives, replete with a set of matching steak knives. I covet these. And they fact that they have white handles like the late, great Wüstof’s that Williams-Sonoma kindly canceled after I had started collecting them makes them even more covetable

My favorite paring knife — one of those fancy Wüstof numbers — got bent when I used it to peel off the red stuff around a wine bottle’s cork and then dented when I tried to straighten it by tapping it with a hammer, but it was already scratched up in an encounter with a badly applied knife sharpener. From a YouTube video, I learned how to straighten the bent tip. Worked handsomely. But it still has the dents and the scratches. These are aesthetics, though: the knife works fine.

All the other knives are also scratched from a previous attempt to use my father’s whetstone to sharpen them. She who does not know what she’s doing should NOT try to hone a knife on a stone. 😉

But still: they all work just fine.

So really. I cannot justify plonking down $200 to buy two entire sets of knives with matching white(!!) handles.

That’s really quite a bargain, isn’t it?

I wonder what the quality of those blades is, anyway? They looked very Wüstoflich. But that was looks, not use. 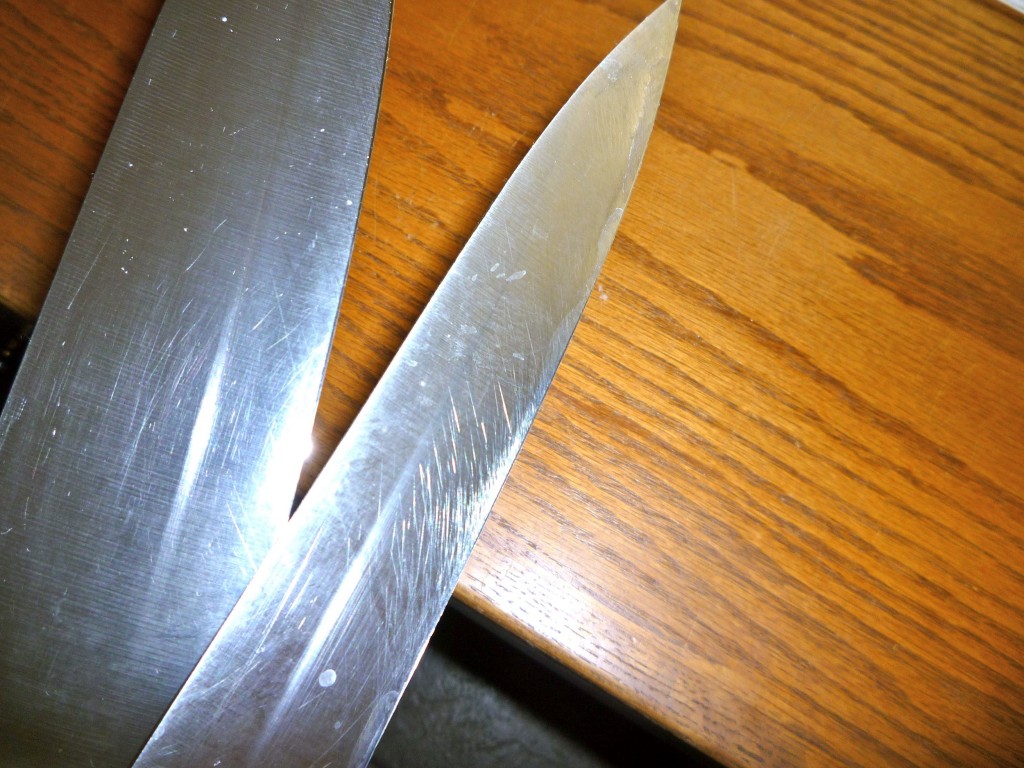 2 thoughts on “Storms and Blueberries”