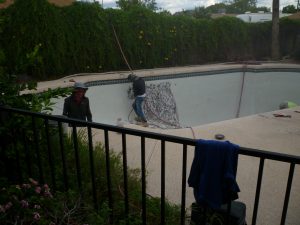 Okay, with any luck the Human is now recovered enough to cope with another headache-filled day.

When the Apple tech left off on Saturday, we still had not solved the problem with my MacMail. This was after a total of around six or eight hours wasted on the phone, wrestling with it.

Yesterday he had something come up and took a day off work. So this morning I called his extension & left a message.

Meanwhile, yesterday along came a demand, in the part of the email still working, that I pay for the use of iCloud. I believe this to be phishing, because the sender’s email was not at apple.com or anything even vaguely resembling it. Not impossible, though: right now the only way I can get at my email is through iCloud’s server: somehow my regular MacMail account has been disabled. But whatever: I am NOT paying for iCloud, a service that I do not want and that I highly resent having foisted on me.

While I’m waiting for him today, I guess I’d better prepare a mailing list for a message I can send out from Gmail, telling all my friends and business acquaintances to deep-six the Macmail address and use one of the old gmail addresses. This REALLY pisses me off, because compared to Apple’s mail program, Gmail is cumbersome to use and a damn nuisance, and of course, Google wants to serve you ads. I don’t see them, because I use an ad-blocker; but presumably ads will be sent, in every message, to my friends and clients. Which I do. NOT. appreciate.

Even more than I do NOT appreciate Google spying on every word I transmit through my private goddamn messages.

And mean-meanwhile, in the headache department: The swimming pool repair company’s guys showed up at 6:30 a.m. to start jackhammering the old plaster off the pool.

WHAT a freakin’ racket! This is an all-day project: they’ll be banging at the pool’s gunite walls until late afternoon or early evening. It’s one bitch of a job, and one gawdawful noisy job. Its only saving grace is that it must annoy the hell out of the annoying neighbor behind me: revenge for the business with the flammable debris dumped behind the wall on the 4th of July.

The thing is, these guys — all Mexican laborers, nary a one of whom speaks English — are working completely unprotected. They have no ear protection, no eye protection, and only a bandana tied over the face to keep the fine, lung-cancer-inducing plaster dust out of their noses.

And that is fuckin’ inexcusable. What does it cost to buy your employees — or contract laborers, which is probably how these guys are paid — a few pairs of ear-plugs, some cheap plastic goggles, and nose masks? Exploitive bastards.

Trying to think of a tactful way to suggest this to our honored pool company owners, but failing just now to come up with any polite words. Maybe I could send them away until Swimming Pool Service and Repair comes up with some basic safety and health equipment?

That, of course, will entail having to hire some other company to finish the job…presumably also with unprotected and probably illegal workers.

Welp, I haven’t heard a thing from the Apple guy. So it’s off to compile a list that can be sent out from Google, and then say good-bye to Apple Mail.