So after the computer spent three days in the shop and it took another half-day to fix the mess that sojourn made of DropBox, I was way, way behind on the indexing project. Let the client know it’s gonna be late and then set to work frantically trying to catch up.

After a fashion. First things first, though: in the chore-a-day department, yesterday was dust-the-furniture day. In theory, the plan was also to oil the furniture, something that hasn’t been done in many a moon. Some of the pieces were looking pretty parched. 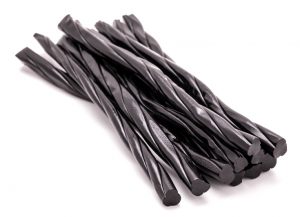 Was feeling guilty yesterday about suggesting the cleaning lady was less than perfectly bright just because she twisted the vacuum cleaner extension cord like a licorice whip. That was before I discovered the greasy rings in the middle of the living-room’s leather chair, where she put something oily down. Probably, I figure, a can or bottle of some furniture polish she dragged in. Whatever, it wrecked the chair’s seat, thankyouverymuch.

Not that the chair and the sofa were in what you might call pristine condition. The leather was dried out and tired, as was the leather on the much better quality chair in the family room, a piece that came from Crate & Barrel. That one was not just dry and tired, it had been scratched up by several dogs and scraped by somebody whapping it against something. Probably a previously unnoticed moving-man attack.

In the freshly cleaned-out and organized garage cupboard, I found a bottle of orange oil, and in the hall closet, a container of mink oil. I’d heard, shortly after I’d bought it, that mink oil is not all that great for reviving tired leather. But not having anything else…

It seems to have worked well: moistened up the parched, dried-out areas and darkened the leather enough to sorta hide the grease rings. Didn’t get rid of them, but made them less noticeable. It really helped on the family-room chair, though: completely hid all the Charley scratches, all the Ruby scratches, and all the Cassie scratches, as well as any number of other nicks, dings, and gouges. That chair looks practically new. The living-room sofa and chair just look…a lot better.

This was quite a job. Then I had on the list to oil the casework. What a difference it makes to massage a decent oil into a Thos. Moser or a Stickley piece! Wow!

My mother’s furniture — two bureau drawers, a dressing table, and a small desk from the late 1950s in what was then the Danish modern style — have a sort of golden finish on them with some kind of shellac over it. Oiling it makes it look prettier but does little, as far as I can tell, for the wood. But the Thos. Moser chairs certainly seemed to like it.

Contemplating those old 1950s pieces, I recalled that the finish is rubbed off the front edge of my mother’s dressing table, where she sat to apply her make-up every day. Literally every day: she wouldn’t go out of the house without being fully made up. I figured if we came back to the States in 1957, when she bought that furniture, and she lived to 1976, then she used that table for 19 years. That means she sat in front of it to paint her face 6,764 times!

Give or take. Some days she probably applied fresh makeup before going out for dinner or some such thing. And the last three months or so of her life, she was too sick to do much else than lay in the bed and die.

One of the cleaning lady’s most endearing traits is a passionate sense of orderliness. This woman loves for things to stand in straight lines, just…so. When she puts your tschotskes back on a table or a mantelpiece, she puts them in a tidy, straight row, exactly the same distance apart — as though she measured their positions with a tape measure. 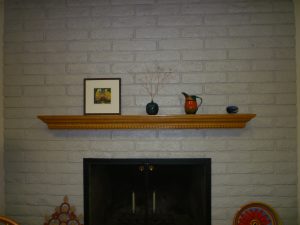 I, on the other hand, prefer to organize things aysmmetrically. So whenever I dust the mantel, I reorganize her meticulous layout to fit my disorderly taste: 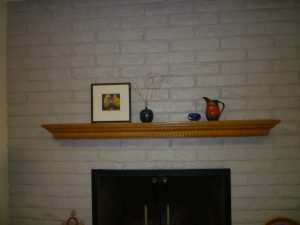 {chortle!} Does that or does that not look better?

These chores added up to a bit of a project. So I didn’t get much paying work done.

The goddamn computer shut down AGAIN!

It came back up, surprisingly. But of course, the file it brought up was not complete: it had lost upwards of an hour’s worth of work.

So I call AppleCare and get, for the first time in recorded history, a truly unhelpful Apple Support tech. He wanted to get me into iCloud to fool around, but I couldn’t find a password that worked, so he wanted me to change my password. And his instructions did not work. He finally hung up in frustration, about 30 seconds before I was about to do so.

So now I’m in despair, figuring I’m going to have to do all that brain-banging BORING work over again.

Start fiddling around, and lo! Somehow the more recent version of the file pops up!

It’s a miracle. The thing has actually lost nothing.

Nor should it have: Word on the MacBook is set to save every five minutes (in anticipation of just this sort of contingency…), and so there was no reason (in theory) that it should have lost an hour’s worth of data.

Another burst of labor indexed 150 pages, about halfway through the book. At that rate, I should finish the draft of this index in about three days, and then be able to send it off to the client the middle of next week. Not on time, but not so very late.

Then I can start on the next book.