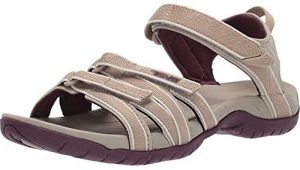 Arrrghhhh!!!!! I’ve been on the wagon — totally, since the middle of July — a good four months, with no particular cravings or sense of desperation. But I hafta tellya…nothing will drive you to drink faster than 15 miles behind the steering wheel in the lovely City of Phoenix. Add a junket through Costco to that and you might as well buy a giant $40 supply of Maker’s Mark. That, presumably, is why Costco is able to sell the stuff by the flat.

To start with, wherever you’re going in Phoenix, you can’t get there from here. Every damn road is blocked, narrowed, closed, detoured, or hosting a fender-bender. So for any given twenty-minute drive, the smart driver allots thirty and preferably forty minutes.

To end with, you get to share these constricted, limited roads with every moron on the planet! And one of Newton’s Laws of Physics states, clear as day:

If there’s a moron, he’ll get in front of you.

This particular natural law extends to the interior of Costco, where patrons flock like leaderless sheep: meandering, pondering, ruminating as they block the aisles so everyone behind them has to detour into another aisle where, lost and confused, they stand pondering and ruminating on the question of where on earth whatever they want might be stocked.

The place was mobbed…and this was around 1 p.m. on a Thursday. Presumably the hordes combined early Thanksgiving shoppers with hoarders — we’re told people are snatching all the toilet paper and paper towels off the shelves again.

Brother!! If that’s the case, I’m feeling pretty pleased about my earlier hoard-fest: the garage, freezer, and pantry cabinets are now stuffed with paper goods, cleansers, flour, and staple foods, enough to last for several months. IMHO, if you didn’t grab as much as you could stock in after the dust settled from the last frenzy, you must be crazy. Clearly, as we can see from our politics and from our antics in the stores, a large portion of Americans have gone off the deep end.

At any rate, back in the Department of Driving: went to try to get some of Costco’s generously marked-down gasoline…and found every gas pump jammed with wannabe customers extending in lines halfway to Yuma. Decided to opt that: there’s enough gas to last for awhile.

It’s mighty early to be filling up for a Thanksgiving weekend in the Rim Country. My guess is, that’s not the cause of the gas-pump traffic jam.

Costco closed its store here in mid-central Phoenix, the decrepit shopping center that it occupied having grown…well…beyond decrepit. That shopping center, ChrisTown, faces on Conduit of Blight Blvd…and when we say “blight,” we’re not kidding. What used to be a middle-income area has slipped to alarmingly lower-income, with drug-dealing gangs holding forth to the west, all along Camelback Road between Conduit of Blight and the I-17 freeway. The store served the ritzy North Central district, the Encanto and Palmcroft areas, and the less affluent strip of historic housing extending north from Encanto all the way up to Sunnyslope. Except for the lawyers & doctors of North Central and Encanto/Palmcroft, the largest part of this demographic was not in the market for a lot of Costco’s fancier products. And you could tell this if you shopped in that store and one or two others — Costco targets its demographic, and many of the chain’s commonly stocked items — such as blue cheese in blocks, for example — never did appear in the ChrisTown store.

So, with that store closed, those of us who like to buy gas at Costco have as our closest choice the store up north on the I-17…and that would explain the mobs at the gas pumps. After this, I’ll have to spring for a few bucks extra for a fill-up at the rapacious QT station up the way, or drive out to the Paradise Valley store when the car needs gas.

So I didn’t get gas while I was visiting the Costco, one of two frustrations of a frustrating trip. The other: that store shares a large parking lot with a Sportsman’s Warehouse. Some years ago I bought a pair of Teva sandals there, which are great walking sandals. The other day the peripheral neuropathy was flaring so badly I couldn’t continue the doggy walk — to get home, I’d had to take off the aging Sanitas (Dansko-style clogs) and go barefoot for a third of a mile. Those clogs are pretty well shot, sooo…out of curiosity, the next day I tried wearing those Tevas for the doggy walk. And damned if they didn’t make it possible to get around the entire mile of the short-course doggy trail!

They’re red. Nice, but gaudy. Realizing that henceforth these will be the New Old-Lady Shoes, I decided to buy a new pair, preferably in black.

Shoot in to Sportsman’s Warehouse, collar the first clerk I see in the shoe department, point to my clod-hopping hiking sandals, and say “I need a new pair of these.”

Ducky. I drove halfway to Timbuktu to get a pair of shoes that they’re not carrying. And that Amazon reviewers say do not fit the way they used to — so unless you’re nuts, you’d better try them on before buying. Shee-UT!

Back in the car, I decided to cruise down the hated freeway instead of returning home by the surface streets, which had taken me to Costco by the scenic route, via the credit union, where I’d needed to deposit a couple of Medigap checks.

The damn freeway is also jammed, and as soon as I merge into the hectic traffic I spot a sign flashing the message that the off-ramp before mine is closed, screwuyouverymuch.

So that meant at least half the drivers who intended to use that off-ramp would be jamming their way onto mine. Goodie!

And so it went. Managed to get off without killing anyone or getting killed, but it was a challenge. The city is extending its accursed lightrail line along that road — Gangbanger’s Way — taking the train to a now-closed, defunct shopping mall (brilliant idea, eh?). So they’re starting to dig up the pavement, meaning that getting across there without the extra load of traffic is a PITA under the best of circumstances…to say nothing of exiting with the troops who intended to get off at the previous exit. By the time you get back in the house, the thought that floats through your mind is damn, but i need a drink!

Phoenix: No matter where you’re going, you can’t get there from here.