Walking the dog at dusk through a 1950s-vintage neighborhood, you remember the things that were different when this place was new. Of course, the time was different and the place was different. Ras Tanura was not a big city — far from it. But San Francisco was…and much there was different from what this big city is today.

Skies were quiet. Even in San Francisco, the skies were quiet. When a plane flew over, everybody stopped what they were doing and looked up, amazed, to watch it pass. Tonight a cop helicopter buzzed constantly over Meth Central all the time Ruby and I were walking through Upper and Lower Richistan. Back in the Dark Ages, there were no cop helicopters. There were precious few helicopters anywhere, and most or all of them belonged to the military.

Adults did not ride bicycles.

Few people walked for exercise, and no adults ran — at least, not on the paved streets. But people probably did walk more as part of everyday life, at least in major cities: public transportation went everywhere and was reasonably safe. Not everyone owned or needed a car.

On the other hand, the cars we did have were unsafe at any speed. 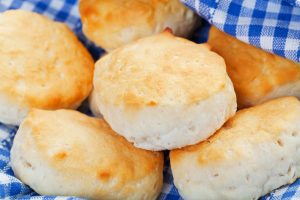 Food, by and large, tasted good. People didn’t eat anything like as much flavorless packaged foods as we do today, partly because that junk didn’t exist in such vast quantities and partly because we didn’t go out to eat all the time. It took a huge marketing program, launched in the late 1950s and continuing through the early 60s — plus the advent of fast-food joints — to get people out of their dining rooms and into restaurants. Of course there were canned foods, which were considered less than ideal when factory-made. And Bisquick (how could one live without it?). But it wasn’t until the late 50s that we got TV dinners, an early precursor of today’s ubiquitous processed foods.

Women cooked. Girl children washed up after meals. Women and girls cleaned their own homes, washed the laundry, and ironed clothes. Men kept the car running and maintained the yard and house.

In the 1950s, people typically had three or four children — hence the sprawling three- and four-bedroom homes here in the ‘Hood, which started its life as a suburb. If you had three bedrooms, you could accommodate several children no matter what their gender: the girls went in one bedroom, the boys, in another, and the parents resided in the master bedroom. If the house had two bathrooms, you were really set.

Fleets of helicopters were not needed because middle-class and upscale neighborhoods were not infested by drug-addicted criminals, though that didn’t mean crime was nonexistent.

People did not stroll around in public yapping at the top of their voices into cell phones. The only person who had a wrist radio was Dick Tracy.

We had newspapers in those days, wads of newsprint (with funny strips!) delivered to your door every morning, seven days a week. It was considered safe for young boys (and sometimes girls) to go out on their bicycles at dawn to bring your paper to your house. 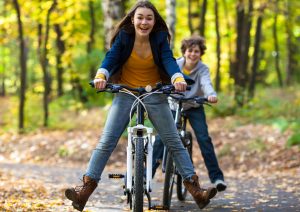 Children played outside in yards and streets. No one felt a parent should lurk outdoors watching them at every moment. Kids ranged far and wide on their bicycles: also without parents feeling they had to watch over the kids’ shoulders every moment.

Schools were not prisons. No locked gates kept out bogeymen waving automatic rifles. And while yes, the occasional flask of vodka was passed around among a certain set of kids, no recreational drugs were ever in evidence.

After dusk, most people were parked in front of their televisions. Access to television was free, off the air — one did not have to pay for a cable or a dish to watch one’s favorite shows.

Only the wealthy had swimming pools.

There was no covid-19 to fear. Instead, we had polio epidemics and nuclear bombs.

A decent man was in the White House. His name was Dwight Eisenhower. 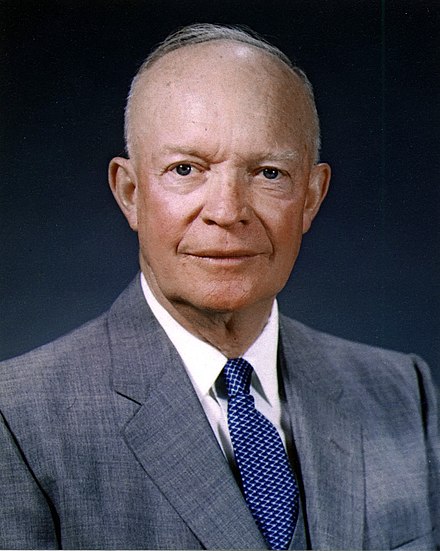