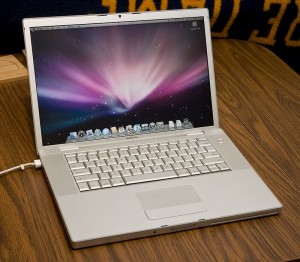 A black hole into which to pour time…

They broke the photo editing program, which wasn’t good to start with but now is just shit. That image up there?…well, when you import an image from a camera, you HAVE to rename it to find it, but then when you try to export it to a file where you store those sorts of images, the goddamn system just flat will NOT do it. You have to export it to the desktop, then find it (if you can), then copy it (cut it at your peril!), then PASTE it into the goddamn file where you want it. This now leaves you with not one, not two, but THREE space-gobbling images on your hard drive.

Thank you SO much, Apple, you idiots.

Yesterday I went through the tortures of the damned with the iMac, thanks to an Apple tech who simply would not listen to what I was trying to say and…of course…because I did not know exactly how to tell him that my computer could not be updated to the Sierra operating system software.

Here’s the problem: Word will not run on any version of Mac OS higher than 11.4.1. This is because Apple is trying to force everyone to buy its Pages program, which sort of processes words, sort of lays out documents. It’s a pushmi-pullyu that’s nice for hobbyists but will not do for power users.

So for around six hundred bucks, a guy came over a few weeks ago and upgraded the MacBook and the iMac to El Capitan, and did a few other things.

The new program is a nuisance that takes some getting used to, but by and large I was coping. Except…

On the iMac, DropBox would not appear in the “Finder” sidebar. “Finder” is a file-management system…it’s been so long since I’ve used Windows, I forget what the equivalent is called, but there is one: a direct analog.

Your DB files and folders should appear arrayed in Finder just as all the other files on your computers do. The computer should “perceive” DB as another disk drive. And yea verily, they were on the MacBook, but the only way I could access DropBox on the iMac was to click on an icon at the top of the Firefox screen. But this did not really access DB: it did not present DropBox’s files as part of the array of the computer’s contents, and very probably (I figured) it also was not allowing Time Machine to back up DropBox.

So finally I called Apple and asked why this was the case on one computer but not on the other machine, of the same vintage. He said well, the program must have corrupted in the download and probably simply needed to be reinstalled. He proposed to walk me through that but then said I should install Sierra instead.

I said I was told not to install Sierra because my system wouldn’t run on it. Distracted, I forget to say to him what won’t run on it: any Office programs. He badgers me until I agree, stupidly, to do this.

And herein, my little chickadees, lies the problem of aging. If you have aging parents of my type, you should be alert to this kind of behavior. At my age two bad things happen to you:

a) You don’t remember things clearly, especially if they’re even slightly outside your ken.
b) You’re easily talked into things that you don’t need or even want…as any number of scam artists know.

He guides me through setting up the Sierra OS installation and then gets off the phone.

After about an hour of grinding away, I finally remember why we didn’t want this: Word will not work on the damn thing.

Now I get back on the phone to Apple and get another tech. I explain the problem and say I need to revert to Yosemite.

She now puts on the high pressure, trying to persuade me that I don’t need Word or Excel: that Pages and whateverthef*ck is Apple’s answer to Excel will do just fine.

I explain over and over and over and over again that my clients use Word and that I am NOT going to try to do paying work in Pages, which is — I finally say it explicitly to her — a hobbyist’s program like ALL of Apple’s goddamn software and the reason I am NOT going to move my business over to Pages(!!!!) is that all my clients use Word and LaTex and some of them write in Chinese with Chinese characters and I am not going to open some new can of worms trying to edit copy generated in Word for Asian languages in Apple’s dilettante Pages program and try to convert edited and clean copy back into Wyrd from Pages…and no…

Seriously, it takes this kind of argument to persuade her that no, I am not going to abandon Word for Pages, although I would love to have the Pages program for my own little book publishing hobby because that is what it IS, a hobby, but NO, no WAY am I going to use it in my business goddamn it and if she doesn’t help me get the other program back I’m tossing this 27-inch monster in the trash right this instant and driving down to Costco to buy a PC.

Ugh. What a horrible prospect. But we didn’t tell her that.

Finally she gave up and explained that the way to revert is simply to go into Time Machine and have it overwrite the hard disk with whatever it saved from yesterday.

And amazingly, this not only WORKED, it installed DropBox correctly in Finder.

How and why, I do not know and do not want to know. But it took hours and hours. My whole day was eaten up with this hassle, and by about 4 p.m. I was actually in tears.

In the meantime, I was trying to edit a tangled mess of documentation a lovely woman sent me to convert into Chicago style — eight pages of it, convincing me that I need to stick with academic authors and not take on trying to edit other kinds of copy, no matter how much the author is willing to pay.

Where the amateurs are concerned, I think if it’s not a novel or maybe a memoir, I’m not reading it. If, in the absence of a Ph.D., peer review approval, and a university press contract, IF it has footnotes, endnotes, or a bibliography, I ain’t reading it. You want me to read your plain-vanilla wannabe novel with the endless strings of “he saids” and the descriptions and the characters rooted deeply in the Western tradition of cliché, fine. But do not think I’m going to read your research project.