How many Starbucks stores does the world need, really? 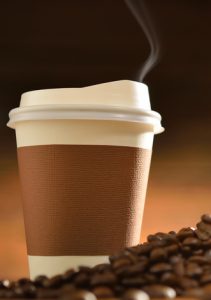 A prospective client wants to meet at the Starbucks “at Paradise Valley Mall.” Google up the address, and you get not one, not two, but three such bistros. Email the client: which one?

She says the one inside the mall — which is now just another ghost mall inhabited by low-end anchor stores like Penney’s and Costco — is closed. Okayyy…that leaves two others, within walking distance of each other.

It’s one girl’s opinion, of course (apparently the only girl’s), but I think Starbucks dispenses pretty awful coffee. The only thing the stuff is good for is mixing with cream and sugary flavoring goop. You can get a halfway decent cuppa there buy asking for a café Americana, which is actually just watered-down espresso. Espresso is made from a somewhat higher quality coffee bean, because it takes a better quality to withstand being roasted black.

I personally object to paying that much for any serving of coffee, particularly when I can make a better one in about ten minutes without driving across the city for the privilege.

In that department, I see that Costco is again carrying San Francisco brand dark roast beans. That is bar none the best coffee I’ve ever bought, this side of a very fancy specialty gourmet store, now defunct. My life was about shattered when I flew into Costco in search of another bagful and found it GONE! But the last time I was there, lo! It was back!

At any rate, my new glasses are ready. This junket will allow me to kill several birds with one stone: meet the proposed new client, refill my Costco cash cards, pick up the lunettes, fill up the car, and maybe even buy another bag of that coffee lest Costco decide to deep-six it again.

As we know, as soon as Costco finds out you like something, they immediately get rid of it. 😀

6 thoughts on “The Starbucks Jamboree”