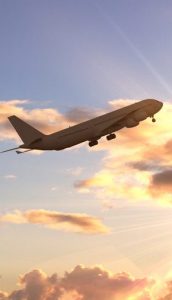 This morning one of my walking buddies asked me where I was and what I was doing at the time of the 9/11 attack.

Well: I was on the phone to my son in Oakland, trying to convince him not to go to work in San Francisco via the Bay Bridge. He was having none o’that from his muther, but mercifully his employers called every worker and told them to stay home, stay out of downtown SF, stay put.

Having lived for ten long years in Saudi Arabia, I think I can share a little insight into those terroristic events. Like this:

The Saudis supply a large portion of the gas and oil this country requires to keep on operating as a “First-World” country. You may be sure we wouldn’t want to hurt their dainty feelings. Would we? Even though most of them deeply hate us, as infidels and as Westerners.

Seriously, I’m convinced that the sole reason for continued diplomatic and business relations with the Saudis is to facilitate pumping and export of their oil to Western countries.

Our friends and our enemies, in the world of RealPolitik, are those who are of some use to us at any given time.

Y’know, after all these years I remain puzzled over one question:

Why did the 9/11 plotters do such a damn half-assed job of it?

They swiped three airplanes and flew them toward targets that were, yes, significant. But despite the mayhem they caused, they inflicted nothing even faintly like crippling damage to this country. And they could’ve. It would have been easy.

Yes, engage Plan A: hijack a couple of large planes full of jet fuel and ram them into key targets. But…at the same time:

Develop Plan B to include federal sites in at least two or three other major cities, such as Chicago, San Francisco, Seattle, Atlanta, Los Angeles, Dallas/Ft Worth…whatever. In these cities, use trucks or automobiles carrying explosives to bomb key sites. Attack them all at the same moment.

None of this would have been hard to accomplish, and all of those actions could have been timed to happen at once. When I say the plotters weren’t very bright, I ain’t kiddin’. Instead of wreaking serious havoc nationwide — doable at minimal expense and modest loss of Heroic Martyrs’ lives — they showboated with a spectacular event that, in view of what they could have done without much more expense and manpower, took out relatively few Americans (almost none of them military or part of the upper leadership) and did relatively little damage. A couple of NYC skyscrapers in comparison to skyscrapers in several cities plus the major thoroughfares into a key West Coast city plus anyone who happened to be at an airport in LA or Seattle at the wrong time plus chaos at a large West-Coast naval base plus destruction of government buildings in a major Midwestern regional city plus destruction of a major seaport (with concommittant loss of lives, freighters, and tankers) would really have done the job.

Our boys had relatives and friends in the higher echelons of the Saudi government. Given enough time, they could have raised all the cash they would have needed to launch a coordinated, multi-pronged attack. And they had a good shot at pulling it off.

They fu*ked it up, I’m afraid…