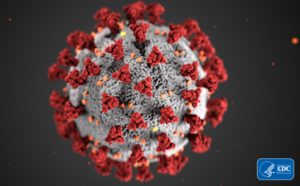 So, yes: some of us are wondering how much of the squealing and the yelling about the coronavirus is justified and how much of it is clickbait. Okay…I shifted into science writer/tech editor mode and took a look around. Here’s what I found out:

As far as we can tell to date, Covid-19 has a death rate of about 3.4%, although among the elderly that figure jumps to 15%.

Let us compare these figures with the mortality rates of a few other famous dread diseases.

Several of these ailments are spread most commonly by contact with certain animals, such as pigs or camels. At least one, Spanish flu, is thought to be extinct. What seems to make Covid-19 so terrifying is that it spreads much the same way the common cold or seasonal influenza spreads: by direct contact between humans or by contact with surfaces recently contaminated with fluids from people who already are sickened by the disease. And of course: it’s new. We don’t know exactly what it can or will do, so of course we’re scared. We do know those who have an underlying illness are most vulnerable. And, for reference: 60% of adult Americans host at least one underlying health condition, according to Tom Frieden, former director of the U.S. Centers for Disease Control and Prevention.

STAT, a science magazine that focuses on life sciences, convened a panel of Harvard scientists to address the question of just how worried we should be, and about what, specifically. Although we know there are similarly dangerous or worse diseases out there, most of them haven’t affected Western countries, with the exception of Spanish flu, which struck over a century ago. As epidemiologist Michal Mina observes, the present issue is that “We have an entirely susceptible population. The potential for this to burn through a population very quickly is very high without extraordinary measures.”

The experts are alarmed because this virus has some odd characteristics not seen before in similar flu-like ailments: younger people are mildly affected, but the disease’s severity grows with increasing age of the victim. The older you are, the sicker you are likely to get. The death rate among the elderly is apparently around 15%.

By way of background: in China, 78% of cases occurred among people aged 30 to 60; 2.3% of these patients died. However, among patients 80 or older, the death rate leapt to 14.3%. This is thought to be a function of  the strength and health of one’s respiratory system and the presence of other conditions.

Among patients who were hospitalized, about half developed acute respiratory distress syndrome (ARDS). Half of these people died (note that this implies about a quarter of people who land in the hospital with this disease die of it). ARDS fills up the lungs’ air sacs with fluid, restricting the intake of oxygen. Patients who developed ARDS had an average age of 61. Those who did not develop it had an average age of 49. Fifty percent of ARDS patients died, as compared with 9% who did not get ARDS.

“We’re in the response phase, Juliette Kayyem told STAT. “Our measure of success is not containment anymore. Our measure of success now is, will fewer people die or get severely sick because of our efforts?” Kayyem is the faculty chair of the Harvard Kennedy School of Government’s homeland security program and a former homeland security official at the state and federal levels.

Dr. Mina added, “Part of the problem is the fragmented state of US healthcare system. . . . “[T]he way we have privatized everything about it for the most part, is going to seriously impact our ability,” he said,“[W]e have no ability to create out of the blue new hospital beds. We can’t even test appropriately.”

So yes: when all Hell is about to break loose (at least, so it appears), it’s easy to get worried.

So what can we as individuals do to protect ourselves from this ailment, and what can we do as a people to try to contain its spread?

One thing you don’t have to bother with is wearing a face mask. These do nothing to prevent exposure to the virus.

Indeed, we are seeing a lot of hysteria out there. We’re also seeing some valid concern. The best way to deal with it? Common sense.