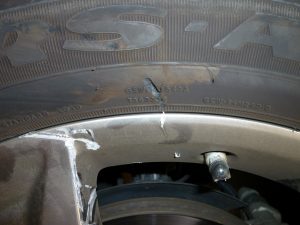 Case in point: The least of today’s hassles, only because it’s a hassle left over from a week ago…I’ve tried twice to re-up my subscription to The New York Review of Books, one of my favorite broadsides. First time was my fault: I used the credit union’s bill-pay function, but paid for it from my personal account (which, oddly, did have the the NYRofB’s listed as a previous payee). Of late I’ve been making the S-corp pay for it.

That payment bounced. Why, I do not understand: what do they care which account pays for it? Ohhkay… Eventually they sent a desperate “Don’t Leave Us” ad in the snailmail. I replied to that by filling out the form and entering the S-corp’s AMEX account number. This no doubt would have worked if I hadn’t indulged in a moment of stupidity.

As you know, the ‘Hood is not the best of all possible neighborhoods. We’re inundated with drug-addicted transients, who support their habits with petty theft. Including mail theft.

The payment envelope in hand, I raced out the door to run a bunch of errands and get someplace on time. In a hurry, I really did NOT want to drive to the Post Office to deposit the thing in one of their mailboxes. That would entail waiting half my lifetime for the blightrail signal at the interesection of Conduit of Blight and Feeder Street E-W to turn green, then waiting the rest of my lifetime to get back across the damn blightrail tracks to get to my various destinations. So instead of traipsing to the PO for this one small item, I stuck it in the outgoing slot of the Fort Knox Mailbox and flipped up the red flag.

Two or three days later, I went out to get the mail (it’s almost all advertising now, so there’s no hurry to pick it up) and noticed the red flag was still up. Whaaa? Did the mailman not come by? (He often doesn’t….)

Check to see if he’s failed to pick up the outgoing: no envelope in there. Days go by. A couple weeks go by. No payment at NYRofB’s.

Shit. That means someone has stolen the thing and now has my name, the name of my business, its address, and its AMEX credit card number. I wait a few more days to see if the payment goes through. Today I call NYRofB’s phone reps and they say they never heard of it. I need to pay the thing on my corporate AMEX card over the phone. Then I need to cancel the card and order a new one, ASAP.

But ASAP ain’t very AS…because I’m waiting on the PostalPerson to deliver a new personal AMEX card. Yes. Somehow I managed to LOSE a whole cardholder full of cards!!!! The personal AMEX card, the Safeway card, the new Medicare card with a new Medicare number on it (the one that doesn’t work at the pharmacy), the old Medicare card bearing my Social Security number….GONE, every one of them.

I believe they’re somewhere in the house, because I paid the AC guy to fix the thermostat and the leaking roof with my personal card, and I did not leave the house between the time he drove off down the road and the time I realized I couldn’t find that cardholder. Since I’ve habituated that locksmith for a good 12 or 15 years and Steven (locksmith dude) has worked for them for 7 years and he’s a fine upstanding workingman, I don’t believe he walked off with it. Without a doubt, I set it down in the house somewhere and managed to lose it…same as the pair of prescription glasses that got tangled up in a knitted bed throw and disappeared for three months.

Fortunately I have photocopies of the Medicare cards. And fortunately, I had the sense to black out the SS number on the old Medicare card. The AMEX card has been canceled and a new one is on the way, but the weekend coming up, I don’t expect “tomorrow” (no kidding: that is what she said!) to arrive much before Monday. And fortunately, my debit card, corporate AMEX card, and Costco cash cards are in a different card holder. Which is not, after all, lost. Yet.

So what other dispatches from Hell since I had to pay $40 out of pocket for a flu shot?

And so, away. Let’s see what I can do to my fellow homicidal drivers on the way…