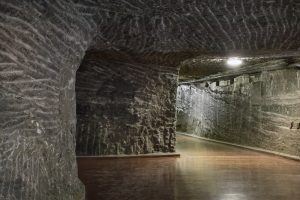 …is online! Became distracted with a tsunami of ditz today, so only just got around to posting this week’s installment of Ella’s Story. Check it out over at P&S Press.

Since I’m now persona non grata at Facebook, about the only places to announce the ongoing publication of Ella, If You Asked, and Complete Writer are here and on Twitter. I have no idea who follows me on Twitter, if anyone. But today I managed to compile a halfway decent mailing list from FaM, P&S Press, the Mac’s Contacts list, plus a couple of organizations I belong to. MailChimp, ever annoying, refuses to disgorge a download of its (lengthy!) list in a Mac-compatible form. So unless I want to sit here and copy/paste/copy/paste/copy/paste/copy/paste/ line after line after line, yea verily unto the end of the universe, I guess most of that data is lost.

Decided to abandon MailChimp some time ago, mostly because its page layout formats, while potentially kewl, are clunky and ditzy to work with. And it’s not at all clear what the result looks like when it arrives in the victim’s…uhm, the correspondent’s in-box. I think it would be better to send out informal e-mails from a Gmail account to announce weekly installments and to make up for the loss of whatever marketing potential Facebook had.

Part of the plan is to develop a site at Medium to hold these emanations and possibly also those of select fellow scribblers. And maybe some artwork from artiste friends. This idea is still pretty inchoate: first I need to establish a site there, learn how to operate it, and figure out the possibilities. Ideally, I’ll move the serializations to Medium and leave teasers at P&S Press.

Naturally, too, I’ll plug this stuff at LinkedIn.

This was an expensive day in the Funny Farm environs.

M’hijito called from Costco to say he had just dropped some staggering amount of money on four new tires for his vehicle. One of the original-equipment tires was leaking. He said he was indulging in some shopping therapy there in Impulse Buy Hell, thereby running up the tab a little higher. Invited me to dinner, but since I’d already eaten, I put him off till tomorrow. {sigh} 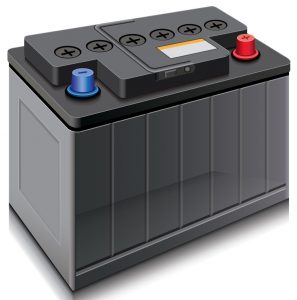 Meanwhile, at Chuck’s this morning, the boys discovered the fine battery Bell Road Toyota (is that actually “Hell’s Road Toyota”?) installed in the vehicle they’d sold me has been leaking for awhile. Long enough to completely corrode away one of the battery terminals. They were amazed that the car would start at all.

Haven’t had any problem with it…but was mighty glad they found it, because it is NO fun to be stuck on Phoenix’s fuckin’ homicidal roads in 110-degree heat.

They put in a brand of battery they believe to be higher quality and longer-lasting than most. Made by Interstate. It has a five-year warranty, which in these parts means it will last three, maybe four years. Pete said one of their customers had an Interstate battery that survived a brain-boggling eight years.

One can hope. By then I’ll be in the nursing home. Or six feet under, with any luck.

At any rate, the battery, the oil change, and the general prophylactic farting around came to $258.

Which, considering that I’m running out of cash and my checking account will hit Empty well before the end of 2018, is a bit brain-banging. God. I hope the cheap tires those bastards put on the thing last until 2019. Guess I’ll have to do my best to stay off the roads.

The roads. The damnable roads.

It took half an hour to make the 10-minute drive down to Chuck’s, as described in this morning’s whinge. A guy almost hit me as I was turning onto Conduit of Blight. Since there was plenty of room, he either sped up in an attempt to scare me (this is typical Phoenix driver behavior) or was driving a lot faster than he appeared to be going. Pretty sure it was the latter — truly, there was more than enough room for me to turn into the lane: he was a good three blocks down the road.

Then we got stuck at the damn high school. We stood in line there for over ten minutes while kids wandered across the road at the light that holds up traffic when a pedestrian pushes the button, and at the exit to the drop-off lane where scores and scores and scores of parents bring their kids.

This is the only decent public high school remaining in North Central. In response to a great deal of voter restiveness and to the demise of federally enforced racial integration, the district now allows parents to choose to put their kids in schools outside their districts. But if your kids go to an out-of-district school, you have to drive them there — school buses, obviously do not apply in that case. So that means drop-off and pick-up at this particular high-school are as hectic as at a private school: scores of cars pulling up in front to let the kids out and then shoving their way back onto the road.

You wonder why Phoenix drivers’ tempers are so short? 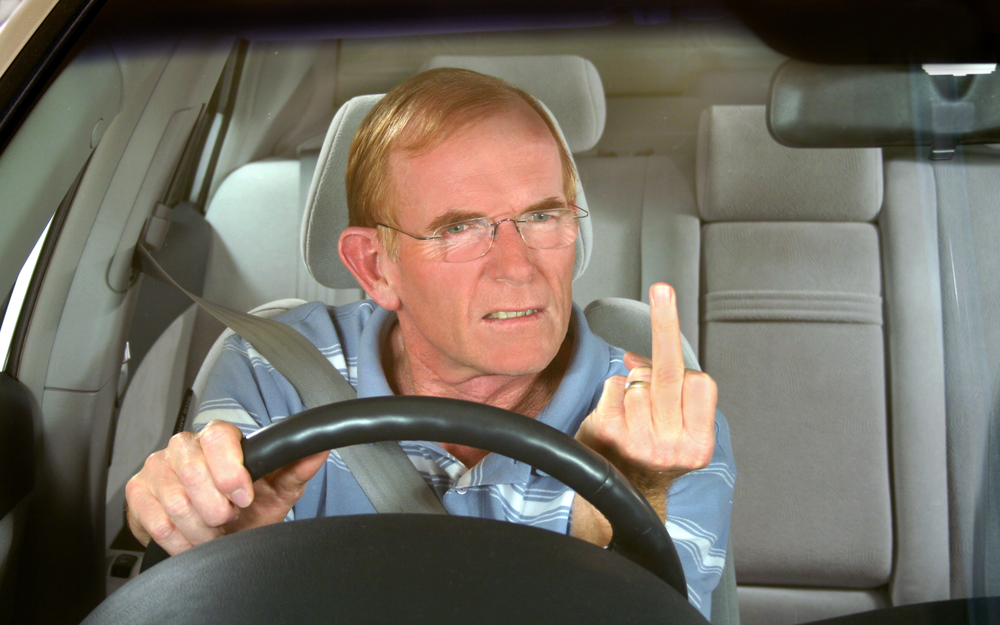 Correct position behind steering wheel for driving on Phoenix roads.