Dawn spreads its glowing veil over a spectacular day: clear blue skies, bright sun, and cool air. Temp is about 68; expected to max out at 70. Sooo….along about mid-morning the hound and I set out for a lengthy stroll. 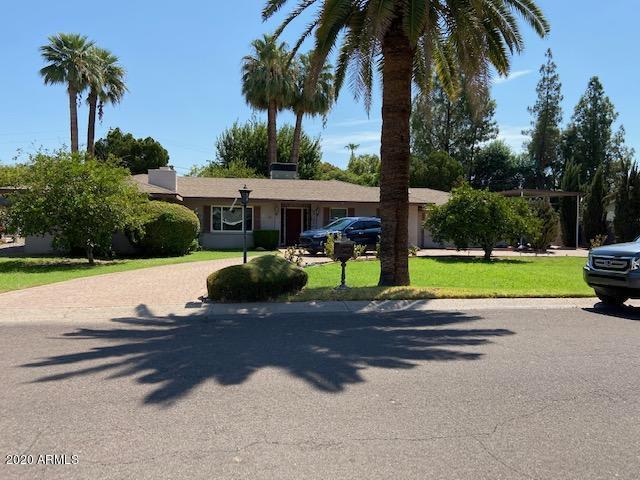 She, of course, wishes to go to the park. So…OK. Off we go to the park and then a block past it to South Tony Realms Drive, a lane that runs between Feeder Street North/South and Main Drag West, proceeding through a neighborhood that could be called Old Money. The houses, most of them on third- to half-acre lots, were built in the 1950s and maybe the early 60s. It’s quite a lovely neighborhood with irrigated lawns (irrigation is really about the only way even rich people can afford lawns anymore) and nicely maintained brick or block homes. As you might imagine, a third or a half an acre of affordable grass is in high demand, and so a lot of those places are being fixed-and-flipped. We saw three in the process, there in about three blocks of side streets.

It’s interesting how eccentric the neighborhood is, in a low-key way. For one thing, at least three sections consist of what I’d call “semi-custom houses.” That is, you can tell they were installed by the same builder using a sort of…oh, builder’s template, maybe. But they’re not recognizably the same model in the way the houses here in the ’Hood are. The ’Hood is a later vintage — early 1970s. Other parts of the neighborhood — which are in high demand now — were built out in the late 1950s. This whole area was out in the country in those days: cotton fields and citrus orchards. 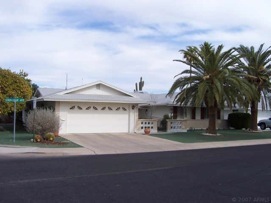 My part of the area is a tract that was started by a couple of brothers who were prominent builders here, Hugh and Frank Knoell (pron. “k’NELL”). Theirs was the same company that built out Sun City, and the houses are very similar: uninsulated cement block structures with unassuming front elevations, all of them looking much the same. I’d say there are maybe a half-dozen different floor plans and elevations, though a couple of nearly identical elevations are attached to floor plans that are different on the inside. Something terrible happened and Knoell went out of business when they were about halfway through building out the tract. Knoell sold to another builder, who finished the job, so that part of the tract is subtly different…but not enough so you could tell unless you knew about it.

To the north of my part of the ’Hood stands a smaller tract of contemporaneous classic Southern California style. It’s a lower-rent area, and the houses are Pure Anaheim. Which is about as bourgeois as a residential structure can get. 😀

For reasons unclear to me, the area to the south and east of the park (which at the time was not a park but rather a sheep pasture) was more upscale. Beverly Hills it ain’t….but the houses are large and occupy lots ranging from about a third to maybe a half an acre. Most of them are apparently custom or “semi-custom” homes, all but a couple of them sprawling single-story ranchers. No two of these places seem to be the same.

But the weird thing is…they’re not all vast sprawling monuments to their original owners’ egos. Some of them are quite large. But a few really are no bigger than my house. Apparently some people wanted to live in relatively small homes — less upkeep, presumably — but with lots of elbow room between the neighbors.

At one point along the line, after I’d moved into my first house here, much closer to Conduit of Blight, I looked at an open house over in that older area….more out of curiosity than with any idea of actually buying it. It faced on the park, a circumstance that was considered a marvel of luxury. It was a little large for my taste — for one person and a dog, you don’t need to live in a hotel. But the thing that was a jaw-dropper was that it still was using a septic tank!!!!!

Not surprisingly, in a way: by the 1950s, this area was still out in the country. Encanto Drive — smack in the middle of what is now considered the “historic” central city — was the city limit: about 7 miles from here. But as the sewer system expanded, most people connected with the city lines. I think it was free (read, “paid for by your property taxes”) at the time. Someone was either real cheap or real suspicious of Big Gummint! 😀

Dog is campaigning for an evening doggy walk. Away!