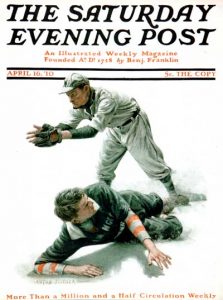 Yeah, I know: we still have magazines. Just look at any magazine rack in any supermarket. But they’re not like magazines used to be. Most focus on some narrow topic — quilting or tech or whatever lights your candle. Hardly any are general-interest or news magazines. The few that remain of those are mostly fluff, froth, and advertising — their editorial wells are, shall we say, exceptionally shallow. Magazines went out, along with newspapers, when the Internet came in. They were already struggling with the costs of printing and fulfillment and with the distraction of television. But they drowned in the tsunami that is the Web. And when we lost magazines, we lost a lot more than pictures and light content: we lost an informed public.

What, you ask, brings us this rumination?

Friend of mine, a bright and reasonably educated youngish woman with experience of the world, wondered aloud on Facebook why some people are so vociferously opposed to a national ID card. I remarked that no doubt the idea brings to mind Nazi “papers.” She responded with “I don’t understand.” Two of her followers — moi included — leapt to inform her that the Nazis used a national ID card to track and help trap members of the various groups they wished to extinguish.

I thought how odd that people wouldn’t know that! 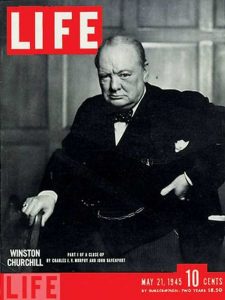 But then realized it’s not odd at all. If I learned that in school, I don’t recall learning it there. I learned it from magazines like Life and Saturday Evening Post.

Back in the Dark Ages, magazines published actual content, not just fluff and advertising. Among the things they published were history stories. I remember, for example, learning about the Hindenberg disaster from a terrifying photo spread in the Saturday Evening Post. We learned about Nazi extermination programs from Life, the Post, Time, and even Newsweek, complete with graphic photos of concentration camps. And we learned about how the Nazis operated and what they intended to do once they took over Europe and waypoints. We also learned about Japanese imperialism and what they were up to in their Pacific venues.

Sure, they also published plenty of froth about movie stars and pop singers. But major national and international periodicals did not fail to include solid content presented in an interesting, easy-to-understand, memorable way. Even women’s magazines published real content. Have you picked up a Lady’s Home Journal lately? A given issue contains nothing but advertorial (much of it unmarked) and advertising. It was not always so: Lady’s Home Journal, McCall’s, and their sister publications used to carry real articles about real subject matter.

You didn’t learn the facts behind life in your present society from television. Few documentaries appeared on the boob tube — which was why Newton Minow called it “a vast wasteland.” What we live in now is exactly that — multiplied by some astronomical factor on the Internet, a place where attention span shrinks to secondes. Only in the absence of magazine journalism, we have nothing to take up the slack.

That is why we have voters who do not understand what is wrong with the proclamations of people like Trump and Pence. What we lost was an educated public of adults with common sense and the ability to set current events in their historic context. If things continue as they are going along this shameful trail of ignorance, we soon will lose the Republic itself.

And that is a big loss.