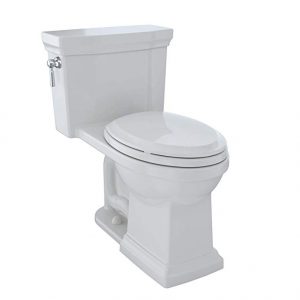 Trot out to the kitchen and grab the timer off the counter. Get back to the bathroom and wait and wait and wait some more till the damned toilet fills back up. Flush again to get the last of the TP down and click the timer.

It took two minutes and 17 seconds to flush and refill.

For the love of God. Since every time you poop in it, you have to flush it three times, that means it not only uses as much or more water as a real toilet used to use (we’re told these miraculous devices use a third as much as a toilet that works uses), that means the damn thing takes six minutes and 51 seconds — ALMOST 7 MINUTES — to flush one bowel movement.

Since, thanks to the aftereffects of the clamitadine I had to take, I’ve been to the bathroom three times this morning (and every morning, we might add), that is 21 minutes wasted, just watching the effing toilet flush and refill.

It certainly isn’t saving any water. In fact, it’s probably wasting water…dollars to donuts, three half-assed flushes take more water than a single flush that does the job.

The showers that make you stand under the flow for ten minutes to rinse two minutes’ worth of shampoo out of your hair? I think we all agree on those damn things. I jimmied mine so they will work (there used to be a gadget inside the damn thing that you could break, if you had a long enough tool). From what I understand, it’s not so easy to do that any more. So there we stand, wasting water and time when, if we had a functional appliance, we would need to waste neither.

And then the damned faucets that don’t dispense water! Argh.

Cooking is not a one-step-at-a-time endeavor: it is an exercise in multitasking. So… If you want to fill up a pot but have other things to do while fixing dinner but stand there and watch water dribble out of a barely functional faucet, what do you do?

Right: set the pot in the sink, turn on the water, and go on about your business. By the time you get back, the pot has overflowed and water is running down the drain.

Fortunately, Satan and Proserpine (the previous owners) installed some sort of antique plastic faucet in the garage work sink, so when I need to fill a spaghetti pot, I schlep the thing out to the garage and fill it in about three seconds, which is as long as it should take. And no water is wasted. But if I didn’t have that sink, in the 15 years that I’ve lived here I would have poured half the flow of the Colorado River down the kitchen drain.

The Toto brand elongated toilet is, as it was when these idiotic no-flush flushers were first mandated, billed as the fastest, most powerfully flushing models. I bought one for my last house, and I’ll say that it did work well. But forgodsake: the things cost $240, and that’s before it’s installed.  In California and waypoints that have truly PC water-conservation rules, a Toto that works will set you back $563 (!!!!!!! Plus tax, plus the cost of a toilet seat, plus the cost of installation!). Apparently, however, the newer models leave something to be desired…like flushing. Eleven percent of Amazon reviewers describe clogs, difficult-to-plunge design, and impossible to replace parts. Lovely.

As for the obnoxious faucets? Well, check out the current reviews of high gallons-per-minute models at Amazon. Always go direct to the one-star reviews to get the straight dope; then work up the ladder. Uhmmm…you really want to pay to put this stuff in your house? I especially loved the review of the top-rated model, where the customer described a brand-new kitchen faucet springing a leak on Christmas Day! 😀

Ah, the Third-Worldization of America… No wonder people who have had a bellyful of PC vote for a raving moron like Trump. All he has to do is promise to bring back American jobs to make American products, and we’re sold!