Incommunicado, I’m afraid, for quite some time. That’s because it’s been one damnfool thing after another around here. 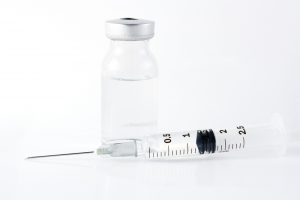 Just now, the good news is that I managed to get the second covid-19 shot this morning. And contrary to what we read in published reports, so far the after effects are not especially dramatic. So that’s a relief. Within another couple of weeks, presumably I can feel a lot safer going out in public. A trip to the grocery store will no longer entail taking one’s life in one’s hands. At least, so it is to be hoped.

My neighbor, WonderAccountant, drove me down to the County Fairgrounds, one of the venues where the vaccine is being dispensed. We got in and out within 20 minutes, with exactly zero hassle.

I had to be driven to this appointment, we might add, because at this point I cannot drive my car.

And why, you might reasonably ask, can I not manage to drive my car to the vaccine-fest? That would be because four days ago while I was puttering around with the pool equipment, I tripped over the vacuum hose and fell face forward onto the cool-deck, escaping a tumble in the icy water and a smash across the face by a few inches. As most of us will do, I instinctively stuck my hand out in front to block the fall, with the result that I broke my shoulder.

That was grand fun. After some x-rays and two or three hours of general misery at the emergency room, staff at the Mayo opined that it probably would not need surgery. We’ll believe that after we meet with the orthopedist…next Thursday.

The upshot is, my right arm is pretty well crippled. It has to reside in a sling 24/7, which alone would be uncomfortable enough were it not that the injury is startlingly painful. The ER doctor gave me some tramadol, which I don’t feel I should be taking, because I’m not inclined to take addictive drugs. Fortunately, the aspirin that I’ve been scarfing down for the interminable crazy-making peripheral neuritis is keeping the bone pain more or less tolerable most of the time. That notwithstanding, the arm is basically useless, which complicates life considerably because I am inveterately right-handed.

Among other things, it makes it impossible to write with pen and paper and very difficult to type on the keyboard. In fact, just now I’m using Apple’s dictation function on the MacBook. This is highly problematic, because about two-thirds of what you dictate gets garbled, confused, and wierdified. For example the two sentences that I just typed came out looking like this before I edited the stuff using my left index finger to hunt and peck:

In fact, Justin now I’m using apples dictation function on the MacBook. This is highly problematic because about two thirds of what you dictate gets garbled confused and verified.

The dispensers of the covid vaccine want you to use ibuprofen or acetaminophen after you have taken the shot. They recommend against aspirin. This presents a conundrum, because acetaminophen and ibuprofen do little or nothing for any of my standard aches and pains. It does nothing for the peripheral neuritis. Nothing, zero point zero-zero. I would say the ibuprofen that I dropped about two hours ago has helped a little with the fractured shoulder, so that’s something…acetaminophen does nothing. But meanwhile the feet, the shins, and the hands feel like a 120-volt electric current is flowing through them.

This latter phenomenon can be controlled to some degree, temporarily, by smearing lots of CBD oil all over your skin, and rubbing it in with Vick’s VapoRub. That would be nice if it didn’t stink to high heaven and render your feet so greasy you dare not walk across the tile floors, lest you launch a repeat performance of the poolside face-plant.

So the ineffable WonderAccountant, drove me down to get the second covid shot, my son having laid down an edict to the effect that I am not to drive my car. Normally I ignore such orders from on high, but this time I think he’s right that I shouldn’t be driving at all. And given the risk of fairly immediate unpleasant side effects from the second shot, I figured discretion was the better part of valor. Once again, as at the first three-ring circus, hundreds of people were in line, and once again everything went very smoothly. 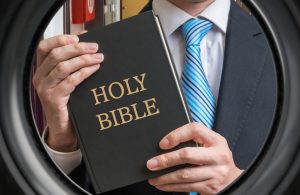 Arriving back in the ’hood, we turned onto our street to see one of those nutty door-to-door evangelists handing out religious propaganda–or rather littering people’s front doors and door steps with it. And yes, when I got up to the house I found she had cluttered the front patio with her throwaways. What possesses these people?

You should have seen her costume! She was dressed just like the Wicked Witch of the West in the Wizard of Oz! A big old floppy-brimmed black hat and a skirt (also black) that fell to her ankles. We haven’t had any of those fruitcakes around here for quite a long time. I hope she’s not a harbinger of a flock of incoming.
Share on TwitterShare on FacebookShare on PinterestShare on LinkedInShare on Email

2 thoughts on “One thing after another”