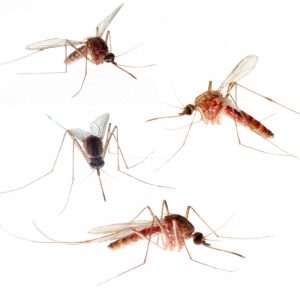 One of THOSE days again: whatever can go wrong, will go wrong.

Finally get the spilled coffee cleaned up off the deck, the table, the this and the that. Drag stuff into the garage sink to wash. Pissed mightily.

I mean…really. All I wanted to do was sit down, turn on my li’l computer (assuming it will come on, no longer a safe assumption), and diddle away time on the Internet whilst swilling down the rest of the morning’s coffee.

Everything I touch goes SPROI-OI-OI-OINGGGGGG!

Finally ensconced. The mosquito coil I lit an hour or two ago seems to have chased off the effing mosquitos, bred by my effing neighbor’s eccentric habit of leaving a muddy puddle on the bottom of her empty swimming pool, which she decided to drain a couple years ago. Drain…and just LEAVE there.

Is the whole WORLD festooned with nut cases, or is it just my neighborhood?

This one, a freelance accountant who apparently has some emotional problems, is supported by her father, who bought the house next door and ensconced her in it.

Turns out Dad is a DIY real-estate magnate, and surprise! He owns the house next door to M’hijito! So that place is a rental, thereby depressing the value of the house the kid and I paid a hefty price to buy.

That puddle is no doubt what was responsible for Other Daughter’s case of Western equine encephalitis, which damn near killed her. O.D. is in the habit of leaving her windows open all the time, and, weirdly, she doesn’t have screens on those windows. No doubt so her tribe of cats can hop in and out at will.

Little details like epidemiology and safe maintenance seem beyond the scope of altogether too many of the Funny Farm neighbors.

Meanwhile, my own yard is still ankle-deep in debris from the late storm. Gerardo said he would come by today to deal with that and also some fairly desperately needed exterior repairs, which was very kind of him…

ESPECIALLY since it dawns on me (if not on him) that today is Columbus day!

Even though his workers are his cousins, WTF? He shouldn’t be working those guys today,. Nor, given the way he throws himself around, should he be making himself work today. Give yourself a break, dude!

So, though I need Gerardo to come around, I do hope he doesn’t.

Speaking of cultural issues, I am really afraid that my neighbor J is about to get ripped off massively.

This is the lovely Latina lady the city gave SDXB’s house to when he sold it for a song in his furor to move away from Tony the Romanian Landlord. Seriously: they had a program where they were buying houses to move people out of the way of the airport construction, which was merrily leveling a barrio in lovely south Phoenix. The area, as you can imagine, was a slum of the first water, being directly under the path of incoming and outgoing jet aircraft…24/7.

So getting into SDXB’s 2100-square-foot house in North Central was an astonishing Godsend for J…but… You understand, she doesn’t have the income to maintain such a place. Her kids are helping, though.

I happen to be enamored of J. She is extremely nice, quiet, and pleasant to have as a neighbor. A-a-a-n-d…that’s why I’m worried.

The recent storm blew a couple of shingles off her roof, same as it did mine. But where my Roofer Guy said “nooo problem: I’ll be back next week to fix them,” hers said “ohhhhh dear! The whole roof must be replaced!”

Well, I doubt it. That roof looks relatively new; if you study it, you see it’s in excellent condition. If anything, it’s in better shape than mine. I moved here in 2007, shortly after SDXB bought that house that Josie has now. I will say, I don’t remember his having the roof redone…but I don’t remember what I had for breakfast these days.

I did share my new Roofer Dude’s phone number and suggested she get a second estimate. And mentioned to RD’s wife/receptionist that I have a real bad feeling about the guy J is dealing with just this minute. Sure hope she’ll call them.

Speaking again of the ineffable Gerardo, back & forth…. I finally FOUND another much-needed rolling hose-winding stand, this one for the side yard. Amazon provided one for the front spigot and one for the spigot out back by the pool, but… go to order another one and poof!!! You make it disappear!

So, not finding quite what I wanted in the remains of Amazon’s choices, I finally bestirred myself to traipse up to Home Depot. And lo! There it was…and only ONE of them left!

So now we have a really nifty hose winder-upper gadget, easy to use and with plenty of room for a hose that will run alllll the way back to the alley fence. Looks pretty sturdy, so I’m hoping it’ll last for a few years.

That should please Gerardo: one less hose-wrestling hassle!

Some new Incident seems to be under way. Fire and police sirens have been wailing away from the direction of Conduit of Blight and Gangbanger’s way.

Haven’t seen a helicopter…usually there’s at least one gnus helicopter in search of morbid content to fill TV minutes.

That’s a major intersection, seriously messed up by the presence of the Bum’s Railway, which carries any number of drug addicts and panhandlers into the ‘Hood. Several low-rent (read: “cheaply built and highly flammable”) apartment buildings reside in that area, as well as a trailer park.

Welp… No sign of Gerardo. Believe I’ll get up and head for Costco…via a different exit from the ‘Hood!