As you’ve no doubt noticed, stress overall that has nothing to do with finances tends to put stress on your budget. Looked at the bank balance the other day and thought hooleeee shit! Down 12 grand from last June? Really?

Well, yeah: really. And no: not exactly. But it’s still not great. When you’re stressed out with a lot of extraneous bullshit pressing in on your life, the last thing you feel like thinking about is managing your personal finances. But in fact, that is the time that you need to get a grip on the bucks and the budget. Because when you’re distracted with life’s little tragedies, you tend to throw money at your problems without even thinking about it. And because life’s little tragedies tend to get mighty pricey, throwing money away heedlessly is a less than ideal strategy. 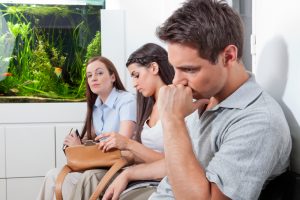 This month, with the endless drama of the sick dog and the bashed car and the leaking roof in the biggest rainstorm we’ve had in any Millenial’s living memory and the Great Flood of incoming editorial work and the key to my office door breaking off in the lock (sealing both computers, the voicemail machine, my glasses and all my money stuff in there) and the AMEX card lost or stolen and the receptionist duty I naïvely volunteered for slicing four indispensable hours out of my week and Cassie pissing Lake Urons all over the house and Charley the Golden Retriever disappearing and a weird scary pox thing developing on the hand of the arm where I had a Shingrix shot and more drives to veterinarians through homicidal traffic than I can count and the new Medicare card (now also lost or stolen) not working when I went to get a flu shot and the stove refusing to light and the HVAC unit busting and the pool water clouding from neglect and a hummingbird getting trapped in the skylight and on and on and fuckin’ ON, I just flat gave up on tracking the budget.

Wasn’t any point to it. Money was flying out my door and into the vet’s at the rate of $1200 a hit, and there wasn’t a thing I could do about it. So it seemed, anyway.

But really, when money is pouring out like water through a hole in the side of a kiddy pool…that’s the time to keep track of what’s going on.

Having failed to do that, I almost fainted when I saw the bank account’s bottom line, since it looked like there was no way the remaining money was going to see me through to time for the next Required Minimum Drawdown (RMD). Social Security just supplements my RMD; the truth is, there’s no way in Hell I can live on Social Security. But I seemed to be looking at a drop of $12,000 in the bank balance from the end of June, 2018. Four grand (plus!) a month????

Given this moment of panic, it took some study to remind myself that I’d set aside several thousand dollars to pay for the property tax, the car registration (which because the dented Venza is much newer than the long-lamented Dog Chariot, is damned bracing), and the homeowner’s and car insurance. Okay, that was mildly reassuring. But we still had the fact that there simply isn’t enough left in cash flow money to cover another nine months. It might last five…if I’m careful. WTF?

Okay: the issue is, I finally realize, that I’ve been setting aside an optimistic $681 a month from Social Security into emergency savings. This was good: much of the expenses I’ve run up will be covered by the amount I’d already managed to squirrel aside before the current Shakespearean tragedy (comedy??) launched. But bad: it doesn’t leave enough in cash flow to cover regular expenses.

So today on the way home from visiting Young Dr. Kildare (yes, goddamn it: another doctor’s visit!!!!!), I’ll need to drop by the credit union and have them adjust the automatic transfer down to $300 a month. I could try to do that online, but since my propensity for screwing up online transactions has given staff there a flinch reflex every time they see me stumbling toward their door, I don’t think that would be wise. Better to get a grown-up who knows what she’s doing to perform this trick, so she doesn’t have to do gymnastics to fix whatever screw-up I create.

If I change the monthly emergency-fund contribution to $300, that will leave an extra $381 in the checking account, which I sincerely hope will help to cover routine expenses for the rest of the year. Kinda doubt it, frankly. But hope springs eternal.

The point is, though: when a barrage of incoming flack has got you stressed out, prioritize managing the budget. Set aside an hour or so a week to keep tabs on what’s going on financially, even if it means you have to roll out of the sack early once a week. This can spare you from a lot more stress on down the line.

1 thought on “Stress and Budget Stress”