So yesterday (is it today already?) I spent OVER FIVE HOURS traipsing miserably from pillar to post, accomplishing…what?

The MacBook, upon which I depend for almost all things computerese, croaked over. So, Apple having closed its store within reasonable driving distance of my house, I had to drive way to Hell and Gone to a tony shopping center called Scottsdale Quarter: 14.5 miles. Add to that the 3+ miles in the other direction, over to the north side of the Metrocenter ghost mall, and you get about 30 miles round trip through the city’s wacksh!t traffic, in which approximately one in every ten drivers is crazy as a loon or dumb as a post.

Before heading east for Scottsdale, I had to drop by the FedEx store at Metrocenter — on the far side of the I-17 — by way of sending a paper(!) manuscript back to a client. This annoyance, because the lines at the post office are so long you’ll stand there for 20 or 30 minutes to get a package weighed, buy stamps, and drop it in the outgoing mail. You actually save time by driving out of your way to go to a store that will sell you the postage. This junket, then, took me six miles out of my way.

Wherever you’re going in the dystopic Valley of the Sun, you can’t get there from here. During this endless junket, I ran into eight roadblocks. If the drive weren’t long enough, it stretches toward eternity while you grind your way through traffic jam after traffic jam. The roads, thanks to all these afterthought asphalt-digging programs and lowest-bidder asphalt-laying, are potholed and ridged every inch of the way. To any drive you choose to make — near or far — you have to add about 10 minutes to your projected driving time, because somewhere along the way you will come to a stop and sit. And sit. And sit.

This time I had enough sense not to park my car in Scottsdale Quarter’s underground labyrinth. Instead left the car across the street in Kierland Commons’ parking lot.

Scottsdale Quarter — to say nothing of the glass box that is the Apple store there, with its ear-splitting ambient noise echoing off the glass and metal walls — is not a pleasant place to spend your time. It is crowded, and not crowded with nice people: the inhabitants by and large are snobbish parvenus, rude and obnoxious. Even outside, the noise level is headache-inducing. Lest any of the customers be disturbed by a moment of introspection, SQ’s designers have kindly lined the sidew 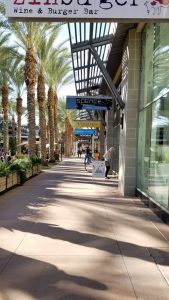 alks with fake rocks from which blare a peculiarly annoying type of faceless Muzak. Everywhere you turn, the racket is brain-banging.

Finally, though, I reach the Apple store. And yeah: naturally, they had done exactly what I told them NOT to do: erased the operating system and updated it with the latest and greatest. And by the way deleted the connection to DropBox, which they refuse to deal with because they want you to store your data to iCloud, not to their competition.

My resident Word program will not run on an OS later than Sierra. I went around and around and around with the tech explaining this to him, and explaining that because I am a crazy old lady I do not want my clients’ work in Microsoft’s Cloud, nor am I going to pay Microsoft an expensive subscription for the privilege of having to work in their Cloud. So, when I showed up there after a second nightmarish drive and found they had done exactly what I had asked them not to do, I threw one of my more colorful shitfits, a phenomenon that I am capable of generating with élan.

They agreed to restore the system, but…but…did I have a backup? Of course, they thought I did not. But luckily, I hadn’t taken the external drive that contained the most recent Macbook back-up out of my car, and so yes, it was sitting in the parking lot across the street, in the Kierland Commons shopping center.

Retrieving it required me to walk a quarter mile and cross Scottsdale Road, a huge and hectic thoroughfare, at signals that do not stay green long enough for a rabbit to get from one side to the other at a dead run. But to their amazement I traipsed out, snabbed the thing from the car, and resurfaced in their glass box bearing a two-day-old back up.

So supposedly they have now recovered my system. Tomorrow I have to traipse out there again and pick it up. And you may be sure — because it never fails — that the thing will be totally, utterly, irretrievably fucked up. And you may be sure I will have to spend at least an hour, possibly much longer, trying to get reconnected to DropBox, a chore that is likely to be a horror show of the first water.

Because I still have an antique iMac running, a device I use as a TV substitute, Time Machine has made current backups of all my data. And I can reach DropBox from the iMac. But I don’t do my work on the iMac: my old bones ache so much that it hurts to sit in an office chair in front of a desk for hour on hour. Or, come to think of it, for minute on minute. I have the MacBook so that I can sit in a chair that doesn’t cripple me while I perform the endless work I do for my clients.

Okay, so there’s that.

Meanwhile, when I fell face-first on the concrete pavement the other night, I scratched my expensive pair of glasses. So…oh goodie! Now I get to buy a new lens.

I had gone to Costco a few days ago to pick up a copy of the new prescription I had made there last November. Meanwhile, the fancy optometry shop that dispensed these fancy glasses was priced out of the AJ’s shopping center where it resided for many years and has moved around the corner on Camelback, where you have to navigate around the damned train tracks and where a restaurant reserves most of the parking spaces with posted threats to tow your car if you leave it there.

So I decided to go to the expensive store La Maya frequents for her glasses, which lies tangentially on my homeward-bound way. 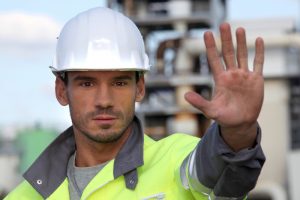 Got that? Three hundred and ninety-five dollars for a pair of plastic lenses. No, that doesn’t include the frames.

By then I was too tired to make the 11-mile return trip to Costco to order up a pair of dowdy glasses from their optometry department. But I will have to stop there on the way home, tomorrow, from what I expect will be an upsetting trip to pick up the MacBook, which we are told is ready to go.

Imagine. $395 for a pair of fuckin’ plastic lenses, and they don’t even have to write the prescription.

I may stop by Sassy Glasses — La Maya’s favorite joint — to see if they’ll make the lenses for something within reason. The frames were wildly expensive and they’re my favorite glasses of all time. I really, really don’t want to have to throw them away. But obviously I can’t afford four hundred bucks to replace the lenses. Costco does not make lenses for this kind of specialty glasses, and so if Sassy Glasses can’t do the job for a reasonable price, then it’s back to the ugly old, clunky old plastic glasses from Costco.