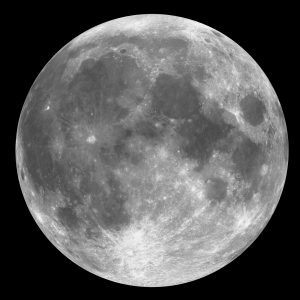 So after dark, while great dinnerplate of a moon  in the eastern sky chased a diamond-like Venus into the west, Ruby and I set out for the day’s second two-mile stroll around the ’Hood. A cop helicopter had buzzed the trees a few minutes before, a chorus of sirens wailing beneath it, but by now things seemed quiet enough. I took a shilelagh along. Just in case. But didn’t expect any cases.

But as we’re trotting along Cut-Through Street West, what do we see ahead of us, right at the top of Lower Richistan, but a whole covey of emergency vehicles, ambulances, cop cars, and enough red, white, and blue lights to light up the street all the way down to Feeder Street North-South. We get across that road and shortly come across some neighbors gawking from their front yard.

“House fire,” says one of them.

Ruby starts to play with one of their kids.

“I was afraid a kid must have fallen in a pool.”

“Nice timing: get laid off your job and your house burns down”

He laughs ruefully. “It’s down that cul-de-sac, the one that goes to the left up there.”

“So we can get around on Ruth to get back to Feeder N/S?”

“Think so. It’s somewhere in the cul-de-sac.”

So we proceed, and indeed do manage to slip to the left to get around the commotion.This requires us to loop around to Florence Rd, where the moron’s loose German shepherd attacked Ruby — and me. We haven’t walked on that street since then. The idiots still haven’t fenced their yard, so I pick Ruby up and carry her in my arms while walking past the place. There are some positive aspects to having a small dog.

The cul-de-sac in question is lined with mid-century modern houses, same vintage as all the other large tract houses on half-acre lots in Lower Richistan, except they haven’t yet been upgraded and millenialized. All but two of them are kind of down-at-the-heels, tired-looking ranch houses. I figure they’re mostly occupied by retirees aging in place. One of them houses a latter-day pothead, a gray-haired old hippie who used to be a good buddy of the brothers who lived in the Meth House — he would take his motorcycle over there for them to work on in their shade-tree garage business. Others are pretty much invisible. Dollars to donuts someone left something on the stove and fell asleep in front of the television.

We have to maneuver around the lively scene, once we exit Upper Richistan, by going down Sub-Feeder Street N/W to the park, then back up toward our road. Interestingly, Ruby remembers where I fell and busted up my wrist, and she resists going down that sidewalk. I have to pick her up and carry her (again!) until we reach the place where the heaved concrete has been repaired When she could see that the pavement was now OK, whe decided to continue.

Dogs know more than we think.