After the last post went up, the one carrying on about my father’s branch of the genealogical tree, I thought maybe I was a little sharp about those people, the ones whose offspring seem to keep the Tarrant County Jail in business. Soo…to revisit, a little more reflectively.

It’s my opinion — and strictly my opinion, one I cannot prove — that my father suffered various kinds of abuse as a child and possibly as a young man. It would explain his own approach to child-rearing, which was seasoned with bullying and beating. How would he know any better, if that was the way he was raised himself?

In the first place, I know he resented his brother Tom, the senior of the two elder brothers — the younger of these men was 18 years older than my father. Family lore has it that my father was a change-of-life baby, an unpleasant surprise to his father, who so much did not want to start all over with a third child that he ran off, abandoning his wife with the infant. He later was found by the side of a west Texas road, a bullet in his head — presumed a suicide.

So much time passed between these events that it’s unlikely my father’s birth was the immediate cause of his father’s troubles. My father was born in 1908; the errant sire died in 1927: that’s a 19-year hiatus. If the man’s suicide had anything to do with his abandoning my grandmother, the connection would seem to be distant, indeed. If he committed suicide at all: he’d spent some time as a prison guard, which would have earned him some enemies. Out in the middle of nowhere, you could put a bullet in a man’s head and the gun in his hand, then walk, ride, or drive off unnoticed.

Well…what was going on during those 19 years?

In the absence of her honored husband, my grandmother allowed herself to be drawn into the sticky webs of a variety of con artists:

A nascent church of Pentecostal nut cases. Today this is more or less a mainstream church, but at the time it was decidedly a fringe element.

A coven of spiritualists who persuaded her that they could talk with the dead, and who would gather at her home to conduct séances.

Crooked building contractors who scammed her of that part of her inheritance that she hadn’t forked over to the church and to the ghost-hunters, by talking her into endless, expensive additions and improvements to her home. 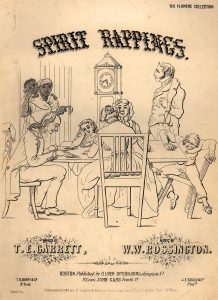 My grandmother had inherited a lot of money. Her father had freighted buffalo hides out of Oklahoma into Texas during the 19th century. The amount she would have had around the time my father was born would be worth around $2.8 million today. In addition, she owned a gas station in Fort Worth and a large family home. The older brothers had figured they would split this inheritance when she died, and they would then be set; even if the kid brother got an even cut, each one would have come out with the equivalent of almost a million dollars.

After she died, however, they learned to their horror that she had given every cent that had not been scammed away by the spiritualists and the “contractors” to the church. The two older brothers were alienated over this — Tom, who by then was living out on the range in West Texas or Oklahoma, blamed Ed for not having ridden herd on their mother. My father was deemed too young to know any better, although if I’m right about his age, he must have been in the Navy by then.

At any rate, by the time I was old enough to know any of the characters in this road show, a permanent schism had developed, and it was clear even to my childish eyes that my father did not care for his oldest brother. I must have been about eight or ten years old when we came back to the states from Arabia for one of my father’s biennial three-month leaves. We would drive from New York City to Texas, hang out with the second brother, Ed, and his wife Audie for a while, then push on to California for another few weeks with my mother’s relatives, and then fly low across the roads back to New York, where we’d catch a plane and cross the Atlantic, Europe, and the Middle East to return to Saudi Arabia.

So this one time, I’m eight or ten and we’re in Texas. For reasons altogether unclear to me (I knew nothing in those days, but just tagged along), my parents decided to visit Tom, somewhere in the boondocks. He met us in his pickup and proposed to drive us out to the ranch. I was to be privileged to ride in the truck with Uncle Tom, and my father and mother were to follow in the car that they’d purchased in New York for the cross-country trip.

This would have been a pretty nice car. My father made good money working for Aramco, and when we came back to the States for these “long leaves,” he would buy a large, comfortable sedan in New York, drive us across the country to California, stopping in Texas to visit his brother Ed, and proceed straight back to New York, where he would sell the car. You also should know that when my father was sober (which was most of the time), he was a fairly conservative and cautious man.

So the kid — that would be me — is put into the pickup and we take off across the West Texas hinterlands. 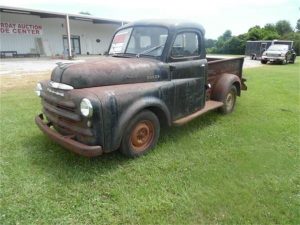 It is raining. We’re driving on a rutted, potholed dirt road across a remote prairie with NOTHING around us. (See the banner image above…only the place didn’t have that much grass, as I recall).) Tom lays on the gas and takes off across the prairie like a spooked longhorn. I’m a little kid and even I know this is kinda crazy.

Following behind us, my father can’t keep up. My mother is frantic. So, presumably, is he, although “frantic” was never one of his affects.

Out in the middle of effin’ nowhere, my father finally manages to catch up, honk Tom down, get him to pull over. He is in a flying rage. He grabs me back and throws me in the car, tells Tom how the cow ate the cabbage, jumps into his car, and drives us all back into Ft. Worth.

That, to my knowledge, was the last time my father saw or spoke to his oldest brother until Tom died in 1973.

So there’s that lovely family. My sense is that Tom probably did that to prove some kind of point, or maybe just for the fun of goading my father. It appears that he indeed was a bit of a sh!thead.

I’m pretty certain that my father experienced a fair amount of what we would consider physical abuse as he was growing up. It’s possible he also was sexually abused, but I have no proof of that, except that he was homophobic to the point of being neurotic about it. Simple violence is more credible: he was a believer in spanking and beating, and no quarter was given to small children. It was what he took to be the proper way to bring up a child. That was current in his generation — he and my mother were no believers in progressive child-rearing methods.

It also appears possible that both of my fathers’ parents came from broken homes — which is saying something in the 1800s. The various genealogical websites contain hints that my grandfather’s parents and my grandmother’s parents were living in separate states. This, too, would seem not to bode well for the offspring.

So…do I feel a little tart about these folks? Oh, yes. I was never close to them, because my father was not close to them. And a signal characteristic of my father’s personality was a kind of restrained abuse (restrained, I suspect, by my mother) layered with habitual distance.