Having mined the Web for information about the forebears on my mother’s side, I decided to Google my father’s family name.

Y’know…a few years after my father married his endlessly annoying third wife, whom he took up with at the old-folkerie where he moved after my mother died, he took her with him to visit his brother in Texas. While there, they drove around to meet other surviving members of the clan.

You have to know this: Mrs. Third was not the brightest rhinestone on the cowboy vest. But she was convinced that she was a 24-carat diamond. 😀 Godlmighty, that woman was stupid.

At any rate, so away she goes with my father. They charge off through the dust of West Texas, and they spend three weeks or a month driving around the Lone Star State. 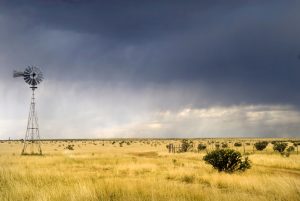 You understand…my father used to say the best thing about being from Texas was being from Texas: as far from it as you can get. As a teenager, he dropped out of high school, lied about his age, and enlisted in the Navy, thereby launching himself into that ideal state of being from. He went back only briefly, during the Depression, a sojourn that didn’t last long. Of that you may be very sure.

His brother Ed was a good man, kindly and quiet, married lovingly to a harridan my mother loathed right up until her (the sister-in-law’s) demise: a Southern belle who slathered over her meanness with honey and maple syrup. Strangely like my father’s Wife Number Three…. Edwin worked all his life for Metzger’s Dairy in Ft. Worth, where he provided a solid, comfortable middle-class life for his family.

Their brother Tom, on the other hand, was…well…somewhat rough. Far as I could tell, Tom was a ranch hand who eventually rose to the elevated status of ranch manager, way to hell and gone out in West Texas. My mother said their forebears migrated to Texas from the deep south: Alabama or Arkansas. However, it appears that in 1860 the family was in Illinois; by 1894, when the second brother was born, they were in Texas.

We’re told that my father was a change-of-life baby, a little surprise to his mother born in 1908. The sire, who evidently did not want to support and raise another child, ran away and some time later was found by the side of a Texas country road, dead of a gunshot wound to the head: presumed a suicide. They were not, shall we say, members of an elevated social class. 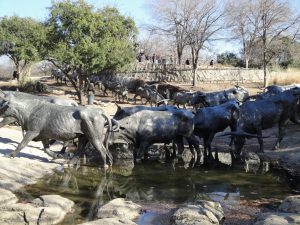 The reason my father ran away from Texas was that he learned to deeply hate cattle ranching from his brother Tom, who took him on the last cattle drive from Texas to Dodge city. From this and similar adventures, he learned that he did not wish to spend his life watching the rear ends of cows from the back of a horse. Or a pick-up, either.

So anyway, some time after my father and the dear wife get back into town, DXH and I are at my step-sister’s house for some de rigueur holiday get-together. Mrs. Third has me cornered, and in the course of yakking at me brings up the subject of this trip, which was still pretty recent at that point. She mentions it in tones of awed horror.

“You know,” she says, confiding, “they’re not our kind of people!”

I managed not to laugh aloud, but it’s always been one of my most hilarious memories of that woman.

So yesterday I google up the clan name. You would just not believe the number of my tribe who are now or who have been guests of the Tarrant County slam! They’re a bunch of effing petty criminals. Well, assuming you regard murder as a petty crime.

LOL! I knew he was WT made good…but this is ridiculous.

That self-congratulating twit must have been so abhorred when she saw the folks from whom her honored husband sprang. A-n-n-n-d…knowing my father, who had a knack for acting dumb-as-a-post but who was very far from it, he probably did that on purpose.

It’s “poke,” goddammit. “Poke sallet.” From pokeweed, a mildly toxic weed that grows all over the Southeastern U.S.