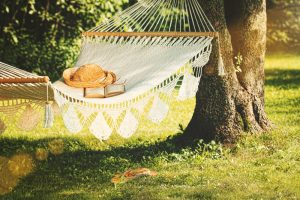 So, as on cue, we get another nervous-making rant to the effect that ô God! dear God! Americans are JUST NOT SAVING ENOUGH for their dotage. If you look at NerdWallet’s latest terrifying reprise of Americans’ average 401(k) balance, by age, you’ll be ready to shoot yourself so as to will your savings to your adult kids before you use the money all up. Yea, verily: if you have a kid between 20 and 29 who manages the average savings level, the brat has  set aside only $11,600; but the median for that bracket is a piddling $4,000. If your kids have stumbled into their 40s without undue catastrophe, they’ll have stashed all of $106,200 on average (maybe three years’ worth of living expenses, if they’re lucky), rather more than the median figure of $36,900. And if you — not your kid — have accrued the average US savings for your age bracket, at 65 you have a grandiose $198,6700, but the median among your contemporaries is an even more spectacularly inadequate $63,000.

Why do I doubt it?

Well, here’s why. A 401K does not one’s only retirement instrument make.

In fact, Americans have a variety of devices that help them prepare for retirement. Not the least is real estate: paying down that mortgage.

Okay, now let’s bear in mind that the 401(k) is not the only savings instrument you might have. For example, some of us know about Roth IRAs. In many ways, it’s better to pay taxes upfront and then stash the balance in a Roth than it is to use a 401(k) and bet that you won’t be earning enough in your dotage to put you in the taxman’s headlights. Lemme tellya from experience: It ain’t necessarily so that you’ll be free of income tax in your poverty-stricken old age.

Uncle Sam requires you to take a percentage of your 401(k) in each year of retirement, forcing you to choke up a chunk of taxes. If you’re not earning any more than Social Security and an annual savings drawdown, that tax bite can be a hardship.

Not so bad. But now you not only have the roof over your head more or less free (except for taxes and maintenance), but the house also represents a monetary asset. You can sell it, or you can borrow against it. Let’s say it’s worth $188,900, the median home value of a U.S. house: that gives you a pre-Social Security retirement net worth of $655,100. If we take as the house’s value the average third-quarter 2018 sales price ($390,200), we come up with $866,400. That’s before Social Security income.

So. Yeah: it would be good if you maxed out your 401(k). But its balance doesn’t tell the whole story.

The whole story is represented by the total of all your assets, your Social Security, and the extent to which a paid-off house reduces the amount of cash flow you need to live adequately.