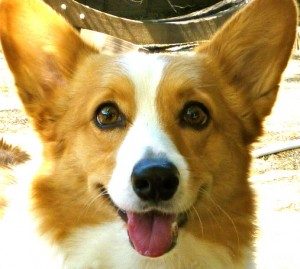 It was time. It was definitely time.

Today my sick little dog was no better and indeed seemed worse than ever before. For the past several days, she not only hasn’t been able to walk more than a couple of steps, most of the time she couldn’t stand up at all. If you picked her up and set her on her feet, her legs would collapse beneath her. So the decision was made to assist her off this mortal coil. The vet’s staff set today as The Day and 3:40 p.m. as The Hour.

Meanwhile, some time back I’d volunteered to drive some friends out to Sun City to visit a fellow choir member who recently received a diagnosis that is not actually dire but is indeed damn scary. As I was trying to figure how I was going to get out there, go to lunch, herd up my passengers, deliver them back to the church, and return to the Funny Farm in time to snatch up the dog and fly across the city to the vet’s office, one of our dauntless leaders suggested someone else could help drive and I should drive out there in my car, park at the restaurant, and take off at a timely moment.

Back at the house, Cassie was about the same as she was when I left a few hours earlier: inert. Immobile. But still breathing. She’d been in a daze for the past five days, apparently confused about where she is and why she’s here…when she’s conscious enough to consider such cosmic questions. She’d been experiencing violent seizures, mostly focused in the hind hips and legs. By yesterday they were so drastic they would make her yelp, apparently in pain. I thought of them as convulsions, and when I described them to the vet this afternoon saying I didn’t know whether to call them spasms or convulsions, she said “convulsion” was the right term.

So I shovel her into the car and schlep her across the city to the veterinarian’s office. Carried her through the door and was ushered into an examination room, where we laid her on a thick folded-up blanket on the table.

The poor little dog was so sick and so stunned that she literally did not move. That is not an exaggeration: when laid down, she did not move again. It’s possible that she was unconscious.

The vet was shocked: “This is not what I expected to happen,” she said.

Yeah. Well, none of us did.

I said if she had any ideas that might help, I’d be happy to try them. She agreed, after examining the dog, that it was time to put her to sleep. She did not think the problem was Cushing’s: she said this was not what Cushing’s looks like. But she said when a dog just lays inert like that — “lateral,” as she put it — it’s a bad sign.

I’ve had several dogs and cats euthanized, but have never watched the process. Emotionally, that has seemed way beyond the pale. The owner’s presence now being all the rage, though, I felt pressured to be there. And it was interesting.

First, it was interesting because it was a great deal less traumatic for the dog than I imagined. Nontraumatic in the case of a dog that seems almost comatose to begin with, at any rate. First the vet tranquilized her with a drug that took about 15 minutes to take effect. Still Cassie didn’t close her eyes, which made me suspect that she was barely conscious — if conscious at all — when I brought her in. Then the vet injected a few cc’s of a pink liquid, which seemed to cause no outward reaction in the dog. Within minutes — seconds, really — it stopped the breathing and the heartbeat. And the dog was gone: apparently with no suffering at all.

Dogs, it develops, often die with their eyes open. She never blinked from the time I carried her into the office to the time she shuffled off this mortal coil. And that, too, led me to suspect that she was as close to unconscious as she could get without being in a coma. Today for the first time she turned down food: she surely was as nigh unto death as she was going to get without actually dying.

So this was a mercy for her and for me.

Second item of interest: the vet remained curious as to what had really happened to the dog. I refrained from saying I thought her colleague on the other side of the city, over in the Arcadia district, had fucked up by misdiagnosing her with Valley Fever — which she did not then have and never did have — and then putting her on fluconazole while she was being dosed with prednisone. Vet palpitated the corpse and did find a large mass on the left side, near the kidneys and adrenals.

In dogs, about half of adrenal tumors (which are common) are benign, leaving half to be malignant. I suggested that we simply lost the draw, and that she actually had cancer. She thought that was very likely. And indeed, the symptoms of adrenal gland malignancy are very similar to those Cassie evinced over the past 4½ months.

That’s right. This has gone on for four and a half months.

During that time, about all I’ve done is care for and clean up after the little dog.

Afternoon was shading into evening and the sky was threatening rain by the time I rolled into the garage. 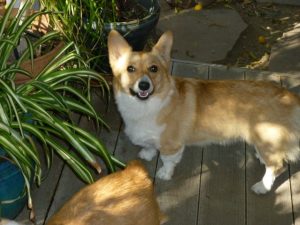 Flew in the house, grabbed Ruby’s harness, collar, and leash, and she and I shot out of the house. In the past 4½ months, Ruby (and I) have had two full-length doggy-walks — maybe three at the outside. Trying to sneak her out of the house without upsetting Cassie was more than I could cope with on top of all the other happenings. So we waited.

After a fast mile, we shot back in the house. I fed the new Queen of the Universe and then threw all the serapes that protect my bedding from dog hair into the washer. Had to run them through on hot twice to get out the parfum de sick dog. Plucked the nine pee pads from the floor and threw them in the trash. Pulled the pee pads that underlay the serapes off the bed. Found more pee pads discarded in various trash cans. Dragged these out to the trash. Decided against cleaning the floor this evening: too damn tired. Also, it’s going to rain and so it will take longer than one would like for the floors to dry. Found a can of black bean soup: dinner, accompanied by a bourbon & water.

Talked to friends on the phone; emailed friends; talked to son on phone. Threw the dog-bed blankets in the washer and then the dryer.

And now am dead exhausted.

My beautiful little dog. One of the two finest dogs I’ve ever had. 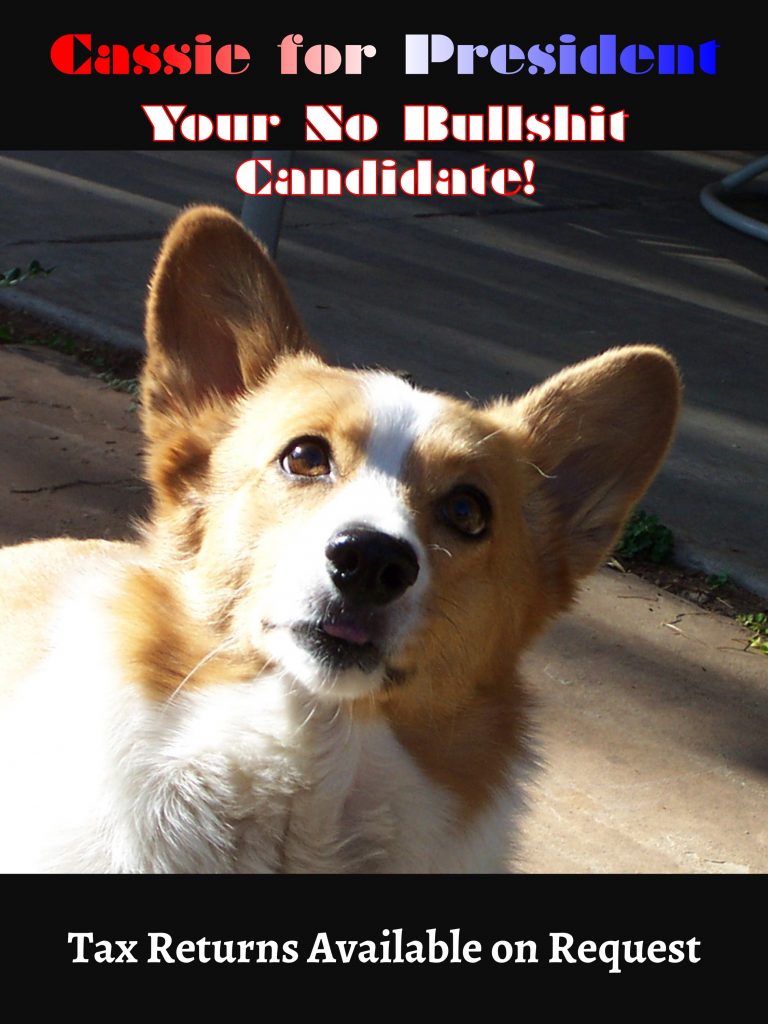