Ohhhh man…has a lot transpired between the time I jotted in that post title this morning and the time I staggered back to the computer this evening! 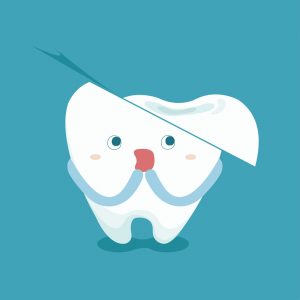 So bright but not too early this morning, the endodontist and I were scheduled to meet at his office, so he could pull out the busted tooth and screw in a post on which, at some as-yet-unscheduled date, to attach a fake replacement tooth. This project would cost about $3,000 — almost all of this year’s tax refund.

When I arrived at his office and was placed in his massaging (!) chair, I mentioned to his assistant that they probably should know I was diagnosed, some months ago, with a MRSA infection. This, I noted, was supposedly treated but I’ve never had a follow-up culture to confirm that.

Well. That bit of intelligence set the man’s hair to standing on end. Long story short: the guy announced that my dermatologists didn’t know what they were talking about, that they could not possibly have treated the colonization properly, and he would not perform the scheduled work. He said his concern was not only that the surgical wound could get infected with antibiotic-resistant staphylococci, but that he and his assistant would be exposed to it.

I suggested that I could go either to the Mayo or back to the dermatologist to get a second nasal swab cultured. He said he preferred the Mayo, so now I have an appointment tomorrow to traipse out to the far east side for that — a two-hour round trip.

So I was passing pissed, because the tooth had been hurting quite a bit. Couple days ago, it actually fractured all the way through. and was now falling apart, a slab of the thing trying to work its way loose from the base. While I’m not pleased at yet another surgical procedure, I surely was anxious to get it over with.

When I reported to the Mayo’s PA that the dentist had remarked he figured I would infect him and his sidekicks with the dread pathogen, she said “not if he was following the standard rules” for surgery. And we might add, she sounded mighty sarcastic. Hmmm….

Well. Some hours pass, during which I wonder how I would cope with the pain of the exposed nerve getting jolted at every turn. Along about the middle of the afternoon, I serve up a bowl of soup.

While I’m eating that, plink! The broken sliver falls out!

Oh…shit! think I. This is going to make things many orders of magnitude worse. If that exposed nerve hurt every time I bit down on the tooth while it was fully sheathed in enamel (albeit cracked enamel), what will it do now that it’s sitting there stark naked?

Yes. Well. The answer to that is… Nothing.

As soon as that loose piece of enamel lifted itself away, the freaking pain stopped!

The sharp electrical jolts ceased altogether. It feels like there’s a hollow space on the grinding surface of the molar and a razor-sharp edge along the backside. There appears to be no decay. The front surface, the part that’s visible when you smile, looks undamaged and normal. The part that’s broken away does not go below the gumline.

Y’know what I think?

I think the tooth could be filled or possibly crowned, and that would fix the problem.

The repair would cost several hundreds of dollars…but it wouldn’t absorb my entire effing tax return.

So I have a call in to the dentist — naturally this deconstruction event happened right at 5 p.m. And…if he doesn’t agree that the tooth can be fixed, I’m getting a second opinion.

Why, for godsake, have I become sooo cynical about the avatars of the medical profession in this country? I’ll tellya why: it’s because about half the time I’m right. These people have to make a living. And to do it — and pay their employees and their office rent and their utilities and whatnot — they blow up every minor ailment into a case of the Black Plague. And often as not, they downplay conditions that show any sign of being expensively time-consuming matters. There’s a sweet spot in there where a nice profit is to be made…and that’s where they exploit you.

That’s unkind. Of course. Possibly a more generous view of the matter is that these folks are only human. And what they do involves a lot of informed (more or less) judgment and a little outright guesswork. So of course they make mistakes. Nevertheless, dentistry is becoming notorious for overtreatment — yea verily, here’s an article that claims if 50% of a broken tooth remains, it can be fixed with bonded restoration. I think if the good Dr. D doesn’t agree with that, we’ll be getting a second opinion…