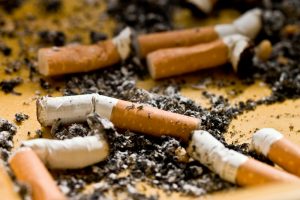 Sometimes in the wee hours of the morning, I find myself turning over the small (and large) mysteries of life. You know what I mean?

One of those mysteries is whether my mother deliberately committed suicide by smoking herself to death. It strikes me as a distinct possibility. But as is so often true, when one thinks about such a thing one encounters seven kinds of ambiguity.

She had a difficult life — one that might reasonably be expected to lead many of us to contemplate suicide.

Her mother was, shall we say, a bit “fast.” My mother was the woman’s second unwed pregnancy…I found out by accident that somewhere out there I have an unknown uncle. Ohhh well.

A custody fight ensued after this second unwanted birth. The father lived in Glen’s Falls, then a tiny farming town in upstate New York. The mother’s family lived in the San Francisco Bay area. The case was argued in front of a court in Glen’s Falls, where the father’s relatives pretty much owned the place. Not surprisingly, custody was given to the paternal grandparents, wasting a trip East and a lot of money for the San Francisco set.

My mother’s earliest memory was of her mother packing up a little red kiddie wagon and sending her off to live with her grandparents — telling her to walk to the paternal manse, dragging the wagon behind her.

So she grew up on a farm in rural upstate New York, evidently working as the family serving girl. She spoke of hanging the carpets on clotheslines each spring and pounding the dirt out, of having to wash the soot off the kerosene lanterns every day, and of the family canning kitchen garden vegetables and setting eggs to keep in big barrels over the winter. And of how cold it was in the outhouse in the wintertime. And of the time snowdrifts came up to the second-story windows and her grandfather had to dig a tunnel so they could get out of the house.

About when my mother reached her teens, the grandmother developed diabetes. In those days, there was no such thing as insulin. They tried to control the symptoms with what apparently was a pretty bizarre diet…and a pretty ineffectual one. When her grandmother died, she was at last sent to live with the maternal grandparents, who lived in Berkeley.

For my mother, this was a fortuitous development. Suddenly she was riding on streetcars and buses — conveyances she had never seen before. She once remarked on how utterly amazed she was to find you could turn on the lights in a room by flipping a wall switch.

But as arrangements go, living with the mother’s family also had its peculiarities. These folks were Christian Scientists. They never went to doctors. Period. They would go to dentists — provided no pain-killing chemicals were applied — but medical doctors were verboten.

Meanwhile, the mother had apparently continued to cat around. It was, after all, the Roaring Twenties, and you may be sure the nicey-niceness that infected her sister and her mother did not affect her. My uncle once remarked, in passing, that “Olive marched to a different drummer.”

She married — apparently a pretty nice guy — and unloaded him. And continued to enjoy the Roaring Twenties as a flapper.

Not surprisingly, eventually she developed a reproductive malignancy — she believed God was punishing her for all the abortions she’d had. On her female relatives’ advice, she delayed going to a doctor until it was way too late to save her life. My mother, who by then apparently was in her mid-teens, nursed her through her grim final illness.

As a result, my mother was simply terrified of cancer. Seriously: it was almost a phobia.

Pack that away in the back of your mind.

Years passed. She married some guy. Divorced him. Married my father. Got dragged to Saudi Arabia, where we spent ten years in the hot sands by the Persian Gulf, basically imprisoned inside the chain-link fences of an American oil compound.

Came back to the States. Got three whole years in San Francisco (where she really wanted to live) while my father went back to sea.

Next: dragged to Southern California when my father quit that job and took up with another shipping company. Spent another three monotonous years there.

My father wanted nothing more than to retire, and he had decided that they would move to Sun City, Arizona, for the purpose. Neither of them knew anything about Arizona…but hey: it couldn’t be any worse than the Rub al’Khali, could it?

One morning when he was home from the boat and they were getting into their cups, he had the bright idea that if he could shoehorn me into college a year early — at this time I was a high-school junior — he could quit his job and they could move to their dream tract house in Sun City.

So, amazingly, they broke out the portable typewriter and sent a letter to the University of Arizona (they didn’t quite know where it was, vis à vis lovely Sun City, but hey: it’s all Arizona, right?) and proposed that since I was such a bright little kid the university should accept me a year early — in the fall of that year.

Even more amazingly, forthwith the admissions officer wrote back with Sure! Send her right along!

So they yanked me out of high school, bought a house in the cotton fields to the west of Phoenix, and took off for Arizona.

Yay. So much for UC Berkeley, hm?

My mother was always an avid smoker. I hated the stink of cigarettes. But the parfum de burning tobacco was what graced our homes, wherever we happened to be. She smoked more and more as the months and years proceeded. One day I realized I could tell when she awoke in the morning, because before she even rolled out of the sack, she’d light up a cigarette.

Before she turned off the light at night, she puffed one last cigarette down to the filter. And before she lifted her head in the morning, she fired up another one.

In fact, there was almost never a time that she didn’t have a cigarette in her hand, except when she was shoving food in her face. When we went to a restaurant, she would smoke until the food was set on the table, smush it out to eat, and then light up again as soon as she finished her meal.

After I married and had my own home, I asked her to please not smoke inside my house. She threw a sh!t-fit in which she exclaimed, “I’m your mother and you can just put up with my smoking!”

No kidding! I remember the exact words to this day.

You understand: She knew. The Surgeon General’s report to the effect that smoking tobacco was proven to cause cancer came out in the late 1950s.

I remember the day, back in that decade, when she brought some friends home to our apartment in San Francisco. The subject of that report came up, and they exchanged skepticism about it. One PR stunt that had appeared on a national TV show entailed having a smoker take a puff on a cigarette and exhale into a white handkerchief. The result was a big brown spot.

They wondered if this trick was real.

They lit up a cigarette, one of them inhaled deep and puffed out dramatically into the hanky. And yup: left a big, dark brown filthy blot in the middle of the white cotton.

They all went “Isn’t that amazing” and laughed.

It took her another 18 years to smoke herself to death, but kill herself she did. She died in 1976, in agony, of cancer. On my birthday.

She was terrified of getting cancer. She knew smoking was a cause of cancer. She had seen the brown gunk just one puff of burning tobacco deposits in your lungs. And yet she continued to smoke. Not because she couldn’t quit. Because she wouldn’t try to quit. Not once, right up until the time she could no longer hold a lighter in her hand, not once did she make any effort at all to quit smoking.

If that isn’t deliberate, I’d like to know what it is.