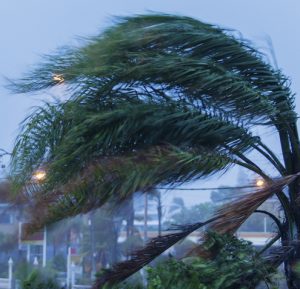 The wind is blowing so hard here that it just blew out the flame on the covered gas grill. It’s knocked piles of two-foot-long shield-shaped palm tree thingies into the road, which I soon will have to go out and clean up. And M’hijito is driving through this fine weather phenomenon (plus blowing snow…) through Four Corners to lovely Grand Junction, Colorado, thereinat to visit his 105-year-old grandmother. His much younger mutther is not a happy camperette.

Soooo…. An hour or so later (dinner having been cooked and snarfed down), I’m out there gathering palm-tree shields out of the street and some neighbor stops and rolls down his window and thanks me.

Like I should have left the debris scattered all over the road to puncture people’s tires? Maybe left the litter all over their yards for them to enjoy? Lordie.

Oh well. I’m sure in a few hours there’ll be more to collect. Conveniently, a stiff gale is wailing in out of the west, which means the palm debris (which is very much a mess) is being blown over the wall, into the road, and NOT into my swimming pool. Thank You, dear Goddess.

But in other precincts, today I got to enjoy a different kind of wind blowing, of the hot air variety. 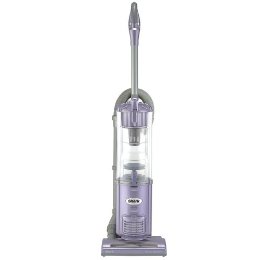 You’ll recall that when I took my dog-hair-clogged Shark vacuum cleaner up to the venerable 35th Avenue Fabric World/Sew & Vac, they at first gave me a runaround and then announced that it could not be fixed, because Shark vacuums are such junk that no replacement parts are available and even if they were, you can’t open the machine’s body to work on its innards. It was, they said, your basic throw-away.

Stupidly (being very tired and very sick of driving through the homicidal traffic and very discouraged), I said OK, how’s about you throw it away? Said they: why shore, and they took the allegedly defunct machine off my hands.

As it turns out, this claim of theirs was a lie.

This morning I took a much older, still functioning Shark, basically the same model as the supposedly unfixable one, up to a different vacuum repair shop. I’d had this thing since 2010. It has never stopped running; I’d simply bought a second one knowing that if it ain’t broke, some developer will fix it, and so I should have one that still ran as well on hand. When I bought the second one (the one 35th Avenue told me couldn’t be cleaned), I relegated the first machine to the garage, where it sucked up a great deal of dust and grime. It still ran, but was too dirty to think about operating inside the house.

I’m figuring if I can get a real vacuum cleaner repair dude to spiff it up, I can take the new, $150 Shark (which indeed has, since the machines first appeared, been “fixed” in a baleful way) back to Costco.

So I arrive at the shop, where I’m told sure, we can clean it and restore it to like-new life. While I’m standing there(!!), the guy calls his supplier and asks if he can get this part and that part. But of course, says the supplier: we’ll ship that right over.

Uh-huh. We should have this ready for you to pick up on Monday, says New Repair Dude.

I was raging furious when I drove away! Basically what has happened here is 35th Avenue simply lied to me, in a transparent attempt to get me to buy a new and much more expensive brand from them.

So angry was I that I decided to drive down the road to 35th Avenue — both these shops are on the west side, both right on 35th Avenue — and give the bastards at Fabric World/Sew & Vac a piece of my mind. Which is what I did, suggesting to the guy who ran the repair department that if they didn’t want to do business with me, all they had to do was say “We don’t work for aging white women.” He was, of course offended, but I did not give a damn and continued to tell him that he needed to tell his staff not to lie to the customers.

At this point, the phone rings and he starts talking to some woman who has left off a vacuum…giving her the same line of bull: your vacuum is such cheap junk we can’t service it. AND — get this! — he then says to her that if she wants a vacuum that will run well and last for some time, it will cost between $800 and $1,000.

WTF? Both of these Sharks were still running fine — they were just dirty. The first is ten years old. Each one cost under a hundred bucks. He gets off the phone and I suggest again that maybe it would be better if they did not lie to their customers.

“Our supplier can’t get the parts for Shark vacuums,” said he.

“Maybe you need to get a different supplier,” said I.

I asked him to return my machine, and of course they didn’t have it. Presumably they’d already tidied it up and sold it to some other sucker.

Can you imagine? What bastards!

Welp, I see that on Amazon, the old Shark Navigator is still available — that would be the one without the shoulder-wrenching swivel head. So I’m thinking that if I can get Costco to take the new one back and Repair Dude gets the old one cleaned up and operating, I may buy the old-fashioned, un”improved” version from Amazon just so as to have a functioning, reasonably priced machine in the house. The one I’ve got, which dates back to 2010, surely won’t work forever.

And, judging from current Amazon reviews, the new one won’t work for more than a few months! 😀