You think I exaggerate when I whine that my life is over-run with morons? Consider last night’s adventure, not an uncommon one in these parts… 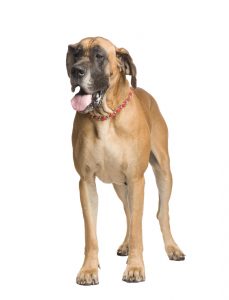 Many of the neighborhood lanes here in the ’hood have no sidewalks. That’s because when the tracts were built, the area was out in the country.

People wanted to feel they were living in semi-rural suburbs, and (more to the point) it was cheaper for developers to neglect building sidewalks. Nowadays, though, we live in the big city, not in some sleepy suburb of a sleepy small town. Alas, many of our honored citizens just cannot grasp that as fact.

So…last night I’m headed down to the church. As usual, I putter along the ’hood’s smaller lanes by way of avoiding the back-wrenching speed bumps our City Parents have installed, since I’m already in plenty of pain and would rather not be treated to more of it to get to a main drag.

It’s after dark. I turn off the sub-feeder street that runs along the east side of the park onto a pretty road that gives its name to Lower Richistan, so as to get to Main Drag East. Just as I make the turn I see this whitish thing floating in the air some yards in front of me. Whaaa????

I know this dog: he’s a Great Dane mix, very mellow. But it takes a second to figure out what the pale patch looming through the dark is. 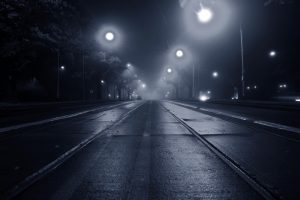 Fortunately I stop the car while I ponder this through. Mr. Dane is accompanying his human, who is dressed completely, head-to-toe, in black or navy-blue. The human is INVISIBLE in the dark. Not only that, but s/he’s pushing a black stroller, which is similarly invisible.

The only way I spot them is that a car passes on Main Drag East, a block ahead, and its headlights backlight them.

A-N-N-N-N-N-D this genius is walking right up the MIDDLE of the right-hand lane of the road. If he hadn’t had that dog with him, I would’ve hit him and his baby.

I almost stopped to let him know he was invisible and suggest that maybe he might want to at least get out of the middle of the road. But then thought ya can’t fix stupid and went on my way.

The walker had on a pair of sneakers with tiny reflective patches on the heels, but they were so small as to be unnoticeable. This is NOT a safe thing to rely on whilst stumbling around in the dark.

Dunno about you, but I can remember being told in grade school — more than once — to always wear light-colored clothing when walking around outside after dark. An adult who’s old enough to spawn a child shouldn’t have to be told this. Wouldncha think?