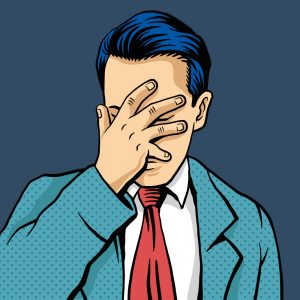 Okay, so here’s something to amuse yourself…and all of us, should you wish to share: How many Pests and Nuisances rate as true pet peeves in your life? Because I’m a crabby old lady, I can count up quite a few. But it may be that normal people take a more equanimous view of Life, the Universe, and All That.

This reverie was spurred by a kindly ninny who elicited one of my favorite pet peeves: good-hearted souls who think God smiles on them when they cede their own right-of-way to people who do not want to invade their right of way and who just wish they would get going and get the hell out of the way. Yesterday Ruby the Corgi and I were headed out of Richistan across Main Feeder Street NW. Cars, as usual, were coursing up and down Main Feeder. We stopped at the corner, safely on the sidewalk, to allow all the motorists to pass. We were next to a stop sign on Richistan Way; there’s no stop sign on Main Feeder Street. This, as you  must know if you’ve ever driven a vehicle, means that motorists on Main Feeder have the right of way.

This woman comes along. She wants to turn right onto Richistan Way and then hang an immediate left onto the frontage road that runs parallel to Main Feeder. This is obvious. It is not disturbing in any way. It is a perfectly commonplace and benign maneuver. Ruby and I wait for her to make her turn.

But no. She stops in the middle of Main Feeder and waves her paw at us, demanding that I cross in front of her.

Dayum, but I hate that.

Why? Is it not a good and Christian thing to do, to give others a break?

When you fail to take the right of way that by law and custom are yours, no one knows what you are going to do. If I cross in front of you because you’re waving at me to go even though it’s your turn to go, and then you or someone else hits me, you idiot, that is taken not as your dumb fault but as mine!

I speak from experience.

My son was just out of infancy and riding in a car seat when I drove down to the airport to pick up his father, who traveled quite a lot. At the time, Sky Harbor had two one-way ring roads, one leading to the airport toward the east and a parallel one leading out of it toward the west. Each had two lanes. We needed to get across the eastward-bound road to get into the west-running lanes. The east-bound lanes were jammed. We sat at a stop sign for a few minutes, waiting for a break in the bumper-to-bumper traffic.

Suddenly a guy in the lane closest to us stopped, held up all the traffic behind him, and waved at me to proceed.

Still young and stupid, I didn’t know any better so presumed he knew it was safe to go. It was not. A car coming up beside him slammed into my car, causing quite the commotion.

Fortunately our baby was not injured. I was mad as a cat but shortly realized that was stupid: I should have known better than to trust a moron behind another steering wheel.

Don’t do that. If you have the right of way, take it and don’t make a nuisance of yourself.

In that same department, how about the nitwits that drive into your blind spot and stick there? Yeah: I had one of those today. He cruises up beside me in the left-hand lane, bearing north on Central Avenue, and parks there. Luckily I was able to see the clown in my side mirror — he was not visible in my rear-view mirror, as the ridiculous Venza has more blind spots than visible space.

If I sped up, he sped up to keep pace. If I slowed down, he slowed down. So, with no one behind me in either lane, I hit my brakes, damn near stopped before he grasped what was up, and swerved in behind the bastard. Defeated, he continued on down the road at a normal rate of speed.

A thousand curses upon his offspring and all their spawn!

And how about the air-headed women who effing bathe in heavy perfume? Ya know, laydeez (and gents): a little dab’ll do ya!

This afternoon I encountered not one but two of them in the AJ’s parking lot…just walking from the car to the door. No doubt their perfume was expensive and wonderful and sexy and seductive. But a) I have exactly zero desire to be seduced by some strange woman (or, oddly enough, by any woman); and b) one person’s expensive and wonderful is the next person’s pyuiieee!

Each of these women, who came along separately and appeared not to know each other, emanated a fog of perfume — in the middle of the damn workday! — that was enough to suffocate a vulture.

Don’t do that, please. And forgodsake don’t do it when you’re going to the office!

Then there are the nitwits who walk and text, proceeding across a parking lot or up a sidewalk utterly oblivious of where they’re going or who they’re about to run into. Encountered two of those in the AJ’s parking lot this morning, one as I was walking toward the store and one as I was walking out. The first numbskull was so enthralled with whatever was on her phone, she damn near walked into me. Only reason she didn’t was that I stepped aside before we collided.

Water-“saving” plumbing that doesn’t work. Is there any greater water-waster than this junk? The kitchen faucet that takes half your lifetime to fill a pot…hence, you go off to do some other small task rather than stand there and watch water dribble into the pan, so that by the time you get back, the pan is overflowing. That’s real ecological. The accursed toilets that supposedly take a third of the water needed by a real toilet to flush: meaning you have to flush three times to get everything down.

Yesterday the toilet plugged up. Nothing out of the ordinary had been flushed down there, and I just had the entire system roto-rooted a couple weeks ago, at great expense. Called the plumber. He didn’t call back until after 7 p.m. By then whatever was down there had dissolved, having sat in the pipe for hour after hour after hour, and along about mid-afternoon I’d managed to flush it down without overflowing the bathroom. God, but I hate those damn toilets!

See, one of the things I figured would happen when the climate-deniers took over the White House and the Congress was that maybe we’d get functioning plumbing and real light bulbs back. That would have been one good thing the Republicans could have accomplished. But ohhh no! They have to spend their energy on a hate campaign, and twitching around with a ridiculous clown in the Presidency. Ah: yes, there’s another pet peeve: the politics of the day. What a circus. If they’d given us back real light bulbs and working plumbing, we might have found some way to justify their existence. But noooo.

Speaking of gadgets, we have phones that require batteries to keep running. Jeez. One of my handsets apparently needs a new battery. This used to be an easy problem to solve: take it right up to the Radio Shack around the corner, where the clerk would kindly produce a new battery and prize the phone apart to install the thing. Now I’ll have to traipse across the city to a special store that sells batteries and try, as sweetly as I can manage, to persuade the sales staff to fix the damn phone for me. Good luck with that. If this scheme doesn’t work, I’ll have to buy a whole new set of phones, requiring all new programming and all new coordination of six handsets. Ugh.

A-n-n-d one last shot: the ubiquity of vast, privacy-invading monopolies that have taken over almost every aspect of our lives. They’ve done it so inexorably, so ingratiatingly, and so subtly that most of us aren’t even aware of how dependent we personally — and our entire culture — have become on organizations that are not are friends and not in our service. Take a look at what is happening as one tech writer tries to disconnect from five gigantic electronic entities…and consider the implications of what she discovered when she did.

And you? What are your pet peeves?