LOL! Really, don’t you know this to be true? IT NEVER FAILS.

And yes, damn straight: Whatever can go wrong will go wrong.

So you’ll recall I had this Grand Plan to get marginally in shape before tomorrow’s stress test at the Mayo. The 10-day lead time gave me eight or nine days in which to get out into the Phoenix Mountain parks and build up at least a marginal degree of stamina.

Sounds great, doesn’t it? Lovely spring weather. Old lady who loves to hike. Good way to run off ginger and orneriness. And maybe even fake out a cardiodoc. Dontcha love it?

As an idea, it is lovable.

So I got several two-hour-long walks in, three times up Shaw Butte (about four miles in a fairly steep round trip) and a couple times around the back of North Mountain, on the flat (a little under four miles RT).

Then it rained. Used that as an excuse not to go out: very convenient.

Then I realized I had to get off the dime and write the next chapter of Ella’s Story if I’m gonna keep posting stuff in the current long-term give-away scheme. This is a time-consuming proposition. Unlike journalism, unlike blogging, copy for works of fiction does NOT just pour out of the ends of your fingers.

Saturday, I eat something that I should have known better than to eat. Not surprisingly, it inflicts a roaring case of Montezuma’s revenge. Not only am I enjoying the collywobbles, but before long I’m in a LOT of pain. Like…should I go to the ER??? type pain.

After the fun surgery for the intestinal obstruction (kindly occasioned by scarring from an old appendectomy), the surgeon’s PA informed me that sooner or later the obstruction would recur. And the next time, fixing it will be a lot more involved and will not lend itself to laparoscopy.

With this calculus in mind, I drop an Imodium. Then (it’s always then with me, dammit!) I reflect that might not have been the best of all possible ideas. Ohhh well.

The diarrhea ceases, not surprisingly. The pain continues. I crawl into the sack with the two annoyed dogs.

Our pastor has cooked up a tradition that he calls “Switch Sunday,” in which once a month the 9 a.m. service is a full Bells & Smells performance. The early service, which caters to families with kids, is the usual much more boring modern version…and it engages the services of the volunteer choir, which on other weekends  sings at the later service.

I feel slightly better (though the gut still hurts) and decide to chance showing up at choir. If worst comes to worst, I can always leave.

This means it’s out of the sack at the crack of dawn, feed the dawgs, bolt down breakfast, get washed up, paint face, throw on clothes, and fly out the door. I’m not happy, but neither am I terminal: manage to get there and stick out the whole shindig.

Back at the Funny Farm, I fix lunch/dinner, a halfway decent (read “time-consuming” meal), diddle around, waste time…and eventually realize…holy mackerel! I am really, REALLY sick.

But: the gut (now bound up tight as a drum, thanks to the Imodium) is marginally functioning. That being the case (sort of), I decide against yet another goddamn run on the Mayo’s ER room.

I’ve been up there so often they have a special cubbyhole reserved for me.

Note that during these escapades, no work is getting done. No exercise is getting done. But by about 9 p.m., I do feel enough better to take the hounds on their mile-long circuit. This was not what you’d call one helluva lot of fun, but I figured that if my theory is correct (i.e., I’m not really dying), a walk should help kick-start the innards.

I crawl back into the sack with the dogs.

Not altogether down. Sunday afternoon whilst I was huddling in the sack, I did manage to draft the last part of the current Ella’s Story chapter, providing a sequel to the chapter that I slapped online this morning. Was kinda pleased with the images that surfaced in a few searches. This great old guy looks a lot like I imagine Dorin the Overseer to look. I’m sure he’s actually an aging Romanian. But what the heck.

This image is yet to be used: the passages I wrote yesterday will describe the exotic landscape of Zaitaf, which sports a methane lake. And what might that look like? Probably somewhat like this: 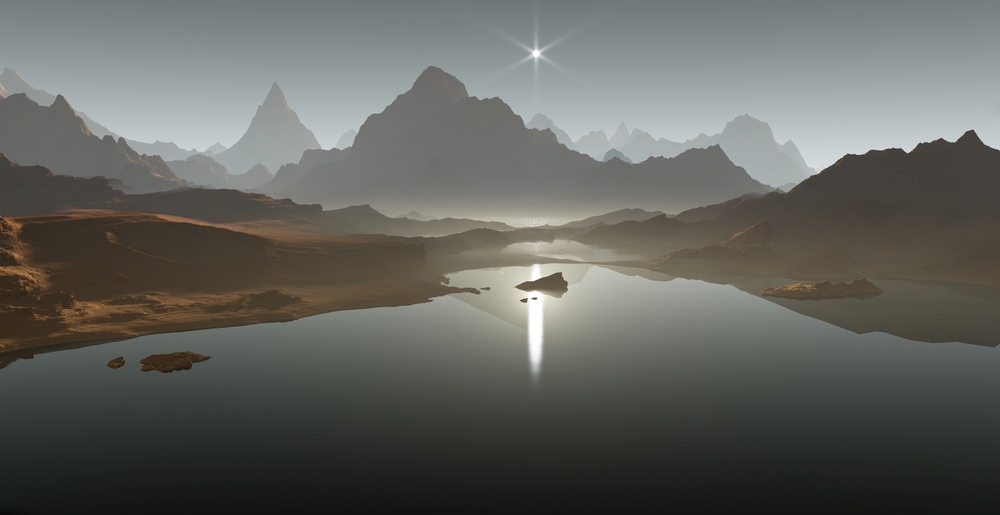 😀 Can you believe I found that thing?

Now, just think how magical it would be if I could figure out how to make WordPress lose the goddamn fucking extra nonbreaking line spaces!

Oh. Well, that’s the sort of thing that keeps me from doing any creative work: killing time trying to force the code to do what I want it to do.

So, four days of eight were lost to the planned get-fit scheme. Tomorrow morning I will show up that the Mayo fat, flabby, and probably still sporting a bellyache.

1 thought on “So much for best-laid plans…”