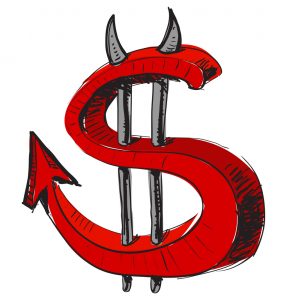 Man! I have been so stunned by all the sh!t that has come down during the past two months from Hell — week after week after week in which every single day has brought some new nightmare — that I just completely let the budget go. There’s a limit to what I can think about, and I’ve been way past that limit for a long time.

By today, though, things have been quiet long enough for me to catch my breath and try to figure out how much this has cost. And how I’m going to pay for it.

With 10 more days to go in October.

And that was extremely lucky: no large bills to repair the car after the fender-bender, thanks to Chuck’s guys wrestling and bolting the thing back into place, and because by some miracle I didn’t have to replace tires.

A thousand bucks on the dog in six weeks. Think of that!

Dare one speculate that a substantial part of that resulted from a wrong diagnosis? Well…probably not. We really don’t know whether Cassie does or does not  have Valley fever. She may. But she’s one helluva lot better than she was, that’s for sure. Not back to normal. But not stepping over Death’s threshold, either.

There’s money in savings to cover a couple hundred bucks’ worth of red ink. Just. There’s no way I can sustain even one more unplanned expense. And Christmas, obviously, is now a lost cause.

God only knows what the potentially life-threatening skin cancer diagnosis will cost me. Despite the supposed joys of Medicare and Medigap, there’s always some amount that isn’t covered. Where the cash will come from to pay those bills, I do not know. Out of investments, I expect.

One message from this: unless you still have a job in “retirement,” you can’t afford to keep a pet. So forget that. After Cassie and Ruby are both gone, there’ll be no more doggy companionship.

With any luck, I won’t live that long myself…