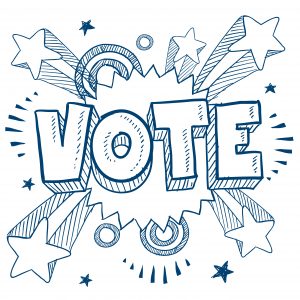 Okay, the mail-in ballot is filled out and ready to hand in. Now all I have to do is physically take it to the elections bureau — given his past performance, it’s pretty obvious our honored President will try again to block mail-in voting.

I’ve voted “absentee” (a misnomer: mail-in is what we’re talkin’ about here) for many years, in every election — ever since the time our honored Republican leaders moved our voting site out of the neighborhood and into an area that is so unsafe that I would not get out of my car there. Just a week or ten days before that election, two little girls playing in front of their apartment house were killed when they got in the line of fire between two warring drug gangs — about a block down the street from that voting place.

Another year our conniving leaders moved the voting places in majority black and Latino districts to the outer borders of those districts, where they were difficult to find and for many residents required a long drive. Funny how low the turn-out was, eh?

We’re told that at any time between now and November 3rd, we can hand in our ballots down at the voting bureau. But…WHERE IS IT? No clue in the voting materials. To get to a page that looks like it MIGHT provide the address, you have to jump through one of those annoying “identify the fire hydrants in these impossibly fuzzy photos” hoop-jump. I had to go through that trick THREE TIMES to find a page that provided an address, but whether that’s a place where you can drop off a ballot is ambiguous. You can drop them off at any voting place on November 3, but that entails a) finding the place and b) standing in line till the cows come home.

No joke. We have had Presidential elections here where the wait time was four to five hours! Again, this is an attempt to block Democratic voters, since a large proportion of Arizona Dems are working-class, and most minimum-wage and service jobs and jobs in the trades will dock workers’ pay for the hours they’re absent. You shouldn’t have to pay half a day’s wages for the privilege of voting. And you may be sure the local Republicans know most minimum-wage citizens can’t afford to pay any such thing.

Normally I would just drop the ballot in the mail. But the risk that the wannabe dictator in the White House and the toady he put in charge of the Post Office will interfere with delivery of these things is simply too high to chance it. Dollars to donuts, any ballot you drop into a PO mail box will end up in the trash.

The elections bureau is in downtown Phoenix, in an area of difficult to navigate one-way streets and extravagantly expensive parking. Even though their website gives an address, nowhere is it made clear whether this is the place to deliver a mail-in ballot in person. They provide a phone number, so I’ll have to call that in the morning and then sit around for 20 minutes or so listening to some endless recorded blab-a-thon.

To gild that lily, I’m getting a sore throat.

Presumably coming down with the Dread Disease — which, I’m told, because of a budding underlying condition, will very likely carry me off.

Before I go, though, I want to help carry Mr. Trump off his would-be throne.