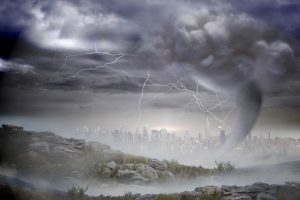 Wow! Last few days have fallen into the “Whirlwind” category. Yesterday — yeah, flyin’ low — I got through not one but two interminable scholarly emanations for our client journal, each about 30 pages long.

This has become do-able thanks to the machinations of The Kid, my ineffable and amazingly entrepreneurial young business partner. She has devised A System, and it works. First, she assigns Incoming Flak to her assistant, a.k.a. The Underling. This young woman actually enjoys performing tedious chores — sort of like some of us enjoy ironing in front of the television. And she’s pretty darned good at it.

The journal in question has not come unstuck from the 20th century. Instead of using Word’s “Styles” function to format MSS for the designer, the new editors still indulge in, God help us, manual mark-up! We have tried to persuade these folks to quit that, but to no avail.

Manual mark-up on a computer entails entering what we call “fake HTML” tags before and after every. single. god. damned. design. element. in. the. document. <i>Every</i> italic. <b>Every</b> boldface. <ext>Every indented block quotation</ext>. <pext>Every quoted passage of poetry</pext>. <t>Every Title</t>… and on and on and interminably, idiotically ON. It is an utter, total waste of time, given that a file set up correctly in InDesign will import a Word file formatted with “Styles” and convert the styles automatically to fit the designer’s layout.

We have suggested using “Styles” and even have gone so far as to create a Wyrd template for the purpose, to no avail. The last time we did that, for a variety of reasons the strategy proved to be more hassle than it was worth, and so we gave up.

So, where you are is where you’re at. Starting at that point, The Kid has created an assembly line.

Great stuff, ain’t it? Foisting the tedious mark-up chore onto Underling eliminates a large part of the annoyance factor entailed in editing this content. When you’re not thinking about that ditz, it becomes relatively easy to edit language, style, and fact-checks. So much so that yesterday I read least twice as much content as I could normally plow through with that journal’s offerings.

In more altruistic precincts, on Sunday we — the choir — went over to the home of a member who’s knocking at Death’s Door, brought there by a case of pancreatic cancer. He has planned his funeral service, including his choice of music, and wanted us to sing it for him so he could hear how it sounds. So that was kind of a {gulp!} moment…

But in fact it was really cool and none of us started to cry whilst singing. Despite having reached the wraith-like stage, he was still able to walk around, sit in his favorite easy chair, and hold court with some élan. Would that we could all go out with so much class.

Friend on the choir came over afterward — we dined, consumed a fair amount of wine, and plotted the destruction of the Ruling Class. 😉 Actually, what we plotted was a scheme for the two of us to acquire voice lessons from the choir’s astonishingly talented new organist, who has a gorgeous singing voice, knows how to coach singers, and is classically trained every which way from (heh!) Sunday. Haven’t heard back from said organist since I e-mailed an inquiry, but it being a three-day weekend she probably hasn’t checked the job-related email.

In the interim, I managed to write a few words in the noveloid in progress. And tried to talk to our marvelous Web Guru about a multi-site WordPress template for Plain & Simple Press, which would allow me to publish several works at once, a passage or a chapter at a time. Then YOU, my fine readers, could sample them online and could buy the finished products as PDFs, paperbacks, or e-books. Whether I will bother to put these things on Amazon or not remains to be seen — Amazon embargoes the content if you market a book for less than $2.99, and since the only effective way to “sell” a book on Amazon is to give it away, I figure I might as well give it away for free to my readers than give it away for 99 cents minus Amazon’s share. WTF? I’m retired…I don’t care if any of these things makes me rich or not.

Connie the Trucker calls to report that her dog, a Weimeraner that lives in the truck with her, has developed the same vehicle neurosis that almost killed Charley the Golden Retriever. Unlike my skeptical son, though, she decided to try a Thundershirt, and lo! It works. The dog is much calmed when wrapped tightly in a kind of canine straitjacket. Thereby, we may add, rescuing Connie from having to quit her job.

The blood pressure drug is working: it not only pushes the BP into the 110s or, at worst, the low 120s, it stabilizes the numbers so they don’t jerk up into volcanic spikes every time I lose my temper. Which is often. And — unheard-of miracle!! — it seems to have NO side effects.

And speaking of losing my temper, I have yet to re-wire the robo-call blocker. This will entail a call to customer service, since I cannot remember how to do it — it’s much more complicated than simply attaching it in line, because I have so many devices running out of the same cable connection.

And lookee here! The Kid has sent another pre-edited, pre-formatted article for me to finish off. And so, away…