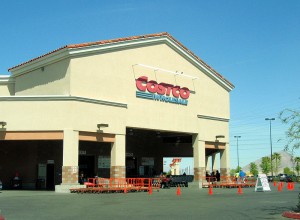 So Monday I’m over at Costco with my friends whom I enjoy driving to various shopping junkets. We’re checking out and chatting with the cashier, who remarks that it’s his fortieth anniversary on the job at Costco!

Wow! Can you imagine? Working as a Costco cashier for forty years! That means he would have started in 1979. He must have started back when it was Price Club, because the first Costco didn’t open until 1983. Price Club opened in 1976, in San Diego.

We know people who work for Costco love working there. Several of them have remarked to that effect to me — in fact, when I happened to say that I’d been laid off, shortly after GDU shut down our shop, one employee recommended that I apply at Costco.

I wonder how a senior cashier’s pay compares with a teacher’s in Arizona? 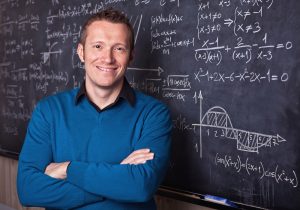 But believe me: no one at GDU will tell you they love their job. Morale in that place hovers in the sub-basement.

On the other hand, I was able to work at home a lot. Telecommuting was not much of a problem in the particular position I had. This isn’t true of all the jobs there, but faculty positions usually require you to show up only to meet classes, confer with students, and sit through faculty meetings. As a practical matter, most people are generally “around,” and many classes meet at inconvenient hours (such as 7:40 in the morning or 7 to 10 p.m. at night). But…it’s interesting that with a Ph.D., 15 years of teaching and administrative experience, and 15 years of journalism experience, you earn about what a senior cashier at Costco makes.

Yea verily: the median salary for K-12 teachers in Arizona is $47,980; average base pay in Phoenix is $38,441. And believe me, that is not for just 9 months of work: you spend your summers preparing for the next year and whiling away your time in unpaid seminars, conferences, or teacher improvement courses. Or in second jobs, to keep the wolf from the door.

Think of that: At Costco, a cashier earns more than a teacher. With one helluva lot less aggravation.

4 thoughts on “The Wages of Longevity”