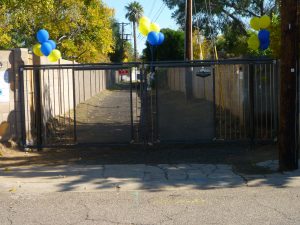 So this morning city and neighborhood organizers threw a donuts-and-press party to kick off the first of the heavy-duty locking gates they intend to install across the alleys in Richistan and Lower Richistan. These will be grand — in theory — for the folks who can afford to live in those areas. The intent is to fence the local drug-addicted bums away from people’s backyards, theoretically cutting crime and, as a practical matter, much enhancing aesthetics.

When I first heard about this scheme — it was proposed a couple years ago — I was all for it. It sounded like it would cut the risk of crime and get at least some of the two-legged vermin out of our hair. But now I’ve had time to think it over. And what do I think?

This is a scheme that on the surface sounds great but that is fraught with unintended consequences. 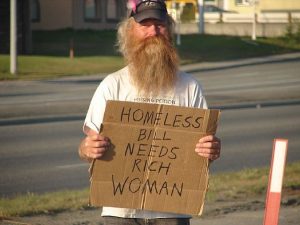 Its biggest drawback? The plan doesn’t address the underlying problem: hordes of drug-addicted transients. Until the matter of homeless mentally ill and drug addicts is resolved, no stop-gap program like gates across the alleys is going to stop bums from roaming our neighborhoods and burgling our homes and cars.

While our City Parents talk on one side of their collective mouth in claiming they want to help our neighborhood fend off the present onslaught of drug-addicted vagrants, many of whom are merely thieving but a few of whom have committed acts of violence and sexual molestation, on the other side they blithely import the undesirable residents by allowing them to ride the Blightrail for free, dumping them at the end of the line, the intersection of Gangbanger’s Way and Conduit of Blight, and providing a 24-hour meth clinic for their convenience. We have a homeless camp right next to a middle-school playground. Over the neighbors’ vociferous objections, they allowed a hugely profitable fundamentalist television church to buy a private home in the ’hood, pave over the yard, convert the property to a “church,” and use it to dispense free food handouts to the bums. This, when the City specifically requests churches not to give out food to the homeless, because government and charitable agencies already do so and also provide needed social services.

When the bums can’t get into the alleys, where will they go?

Well, I’ll tellya where they’ll go. I know from experience, because I spent 15 years in the historic Encanto District, where the homeless drug-addict presence makes ours look, by comparison, as nothing.

Into the locals’ front yards. That’s where they’ll go. Into the side yards. Into any car that is not parked inside a locked garage. Into any garage or workshed that is not locked.

Our house had a flange wall that extended from the front elevation, spanning the distance from the east side of the house to the lot line. From the street, this wall looked like part of the structure’s living space. It had a solid wood-plank door that fit into its arched opening, just like the house’s solid wood-plank front door. Being young and careless (not to say “dumb as posts”), we never locked this door. We could have installed a padlock on the back side of the thing, but that would have involved having to hire a craftsman to do it, which would have entailed not only installing hardware on a door that wasn’t intended for such a thing, but also installing said hardware on a solid masonry wall, unlike any wall that has ever been built in the 21st century.

So not being the brightest rhinestones on the cowboy vest, we just let it be.

The bums found it. They quietly slipped in, closed the door behind them, and made themselves to home. A couple of transients set up camp in our side yard. How long they resided there, I do not know. They were quiet, and besides, our television was on the other side of the house, and so we never heard them moving around out there. It wasn’t until I went out there to do some damnfool thing — probably clean up weeds — that I discovered their gear. They apparently had been there for awhile.

One our neighbors bounced out to her car early one morning, jumped in, turned on the ignition, and started to back out of the driveway on her way to work. That was when she noticed the guy sleeping in the back seat.

He was really pissed at her husband for waking him up and demanding that he get out of the car.

One of our neighbors was making cookies for her family while they watched the television one evening. She would put a pan of cookies into the oven, trot out to the family room and watch the TV for 10 or 15 minutes, and then when that batch was done would walk back into the kitchen and put in a new batch. (In those old houses, kitchens were separate rooms, not an extension of a secondary living-room.)

Some guy was watching her from the alley and noticed that she was going in and out with some regularity. He also noticed she’d set her purse on the kitchen counter. So while she was in with her family watching the boob tube, he crossed the back yard, came on into the kitchen, grabbed her purse, and strolled off with it.

Got that? You could not leave a door unlocked even if five people were in the house and moving around! The cops found her purse in a garbage can, but they never did find her cash or her credit cards.

That was Encanto. It’s not that bad here. Yet. I will admit, the child molester who vaulted the family’s back wall and had a little fun with their two small girls was a bit…heh…beyond the pale. But at this point that is still an extraordinary event, not something that happens on a routine basis. In Encanto, this kind of shit happened once or twice a week. It was a constant thing.

We had alleys, too. We had cozy oleander hedges lining those alleys. And we had lots of drug addicts, alcoholics (remember those?), and neglected mentally ill sleeping in them. But we also had them sleeping in our front yards, our side yards, and our vehicles. And I figure that’s what we’ll get when we lock the bums out of our alleys. 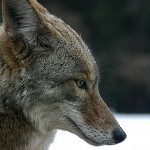 Same for the coyotes. See that pipe-like thing at the top of the gate? That’s a coyote barrier: it spins when the animal tries to climb over it.

The coyotes, which are madly being evicted from the horse properties now being converted into farms of ticky-tacky McMansionettes, den in the alleys. If they can’t get into the alleys, they will nest in the hedges and decorative brush in people’s front yards.

How obvious is this?

For city slickers, not very. Evidently.

The hilarious thing is, the flatland touristers who have invaded these parts live in as much terror of coyotes as they do of bums. They are stupidly, brainlessly afraid of coyotes! Which is about as inane as it gets. Tell them that a coyote will not eat your child. They don’t believe you. Suggest to them that if they don’t want their damn stray cat to get eaten, they should keep it inside: they don’t believe you. Plus of course they think they have a God-given right to let their damn cat run loose. Tell them that they shouldn’t leave their dog out in the backyard alone all the time anyway, and they get miffed. Letting their dog howl at the moon, the sun, and every passing sparrow is another of their God-given rights. Point out that the coyotes kill roof rats, moles, and gophers, and they just look at you blankly.

So…you get the picture of why they haven’t thought about whatever unintended consequences might devolve from this project.

Then we have the fact that at the outset the city is going to install these gates only in Lower and Upper Richistan. This, of course, is not just because the squeaky wheel gets the grease but that the palms that have the grease know which other palms to grease…

Think about that. Yes.

What will happen when they shut off the alleys in the Richistans is that the bums will flow into our part of the neighborhood. Of course. This means we will get twice as many bums as we already have. Which is as many as we need, thankyouverymuch.

They plan to install gates in Sunnyslope, too, an adjacent low-rent area that has an even worse transient problem than we do. This, of course, is ridiculous: there, the bums are already breaking into vacant houses and commercial properties (of which there are a-plenty) and squatting there. Sunnyslope is overrun with transients, some of them true drug addicts and some just people who are down on their luck or mentally ill and unable to care for themselves.

The situation will not get better very soon. As we speak, there’s a five-year wait for Section 8 housing in Phoenix. So you understand: we have a lot of poor people sleeping on the streets. And Sunnyslope is one of several local epicenters for this phenomenon.

Locking the bums out of the alleys in Sunnyslope will push them down into our area. So our part of the ’hood will get those folks as well as the ones evicted from the Richistans.

When asked about this, a City spokesman said they were planning to do a “study” of the “metrics” resulting from this experiment. Right. Like they studied what would happen when they installed a lightrail boondoggle and let people get on without having to pay a fare. Right. 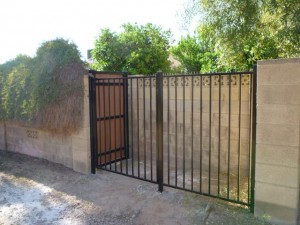 Glad I installed my own gate! This, you may recall, I had to put in after some of the locals decided the old garbage-can niche in the back wall made a great public loo. It works really well and adds an extra layer of security along the alleyway. Prowlers can’t reach the gate into the yard. And since it’s not easy to climb that swimming-pool gate, passing bums can’t walk up to the wall and peer into the yard.

It’ll be at least two years but more likely something like 6 or 8 years before the city gets around to installing gates over here. By then I’ll be 80 years old and probably won’t care much.