Today has been a day of small joys. Hallelujah, brothers and sisters! Just imagine… 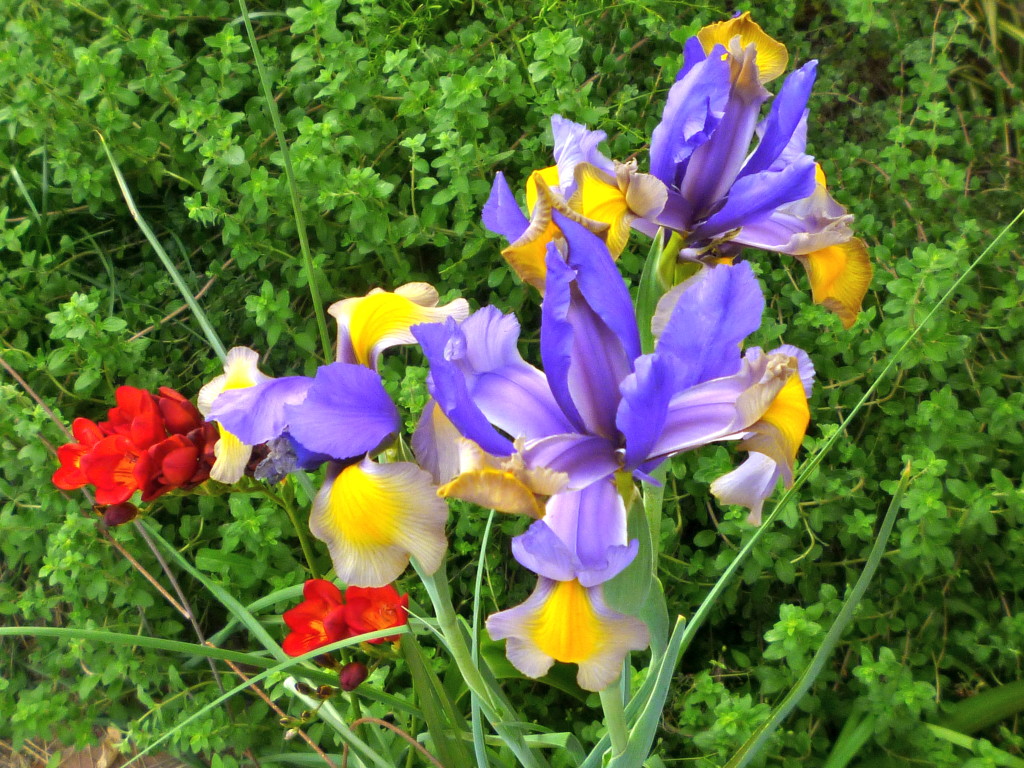 Yes! The minute the new CPR v5000 Call Blocker was plugged in, the nonstop robo-harassment came to a proverbial screeching halt. The nuisance call rate is down from upwards of a dozen a day to one. That’s right. And none of those once-a-day nuisances have come at some wacky hour like 7:30 or 8 in the morning or 8 or 9 at night.

2. The clindamycin pills ran out.

Woo hoo! I got through the whole ten-day prescription without any noticeable side effects!

You can enjoy a C. difficile infection as much as six months after a course of this stuff. That’s the worst of a raft of potential unpleasant outcomes.

Really unpleasant. SDXB’s former wife died of a C. diff infection. On her living-room floor. She lay dead for two days, before a neighbor and friend came over to check on her, looked in a window, and saw her corpse there.

Wonder-Endodontist recommended scarfing down probiotics whilst taking this fine drug, so I went out and bought a box of that stuff at Sprouts. Look it up on NNT: as a prophylactic to head off C. diff-related to antibiotic treatment, 42 people have to be treated for 1 person to be helped. Among high-risk patients, 1 in 12 is helped.

Well. It’s better than none. “C. difficile infection is the leading cause of gastroenteritis-associated death,” says NNT, “and was estimated to cause 14,000 deaths in 2007.Although almost half of infections occur in people younger than 65, more than 90% of deaths occur in those 65 and older.” Since “65 and older” appears to equate to “high-risk,” it looks a lot like swallowing this stuff is worthwhile.

But swallowing it is a challenge. You have to take three a day on top of the four clindamyacin horse pills, and the probiotic pills are also horse pills, about the same as the Big Gulps of the antibiotics.

My plan is to finish the entire box, which included enough pills for another five days. Then for the next six months or so, eat plenty of foods allegedly rich in the magical probiotics. I already do that, because I eat a slice or two of cheddar cheese almost every day. I hate yogurt, but can tolerate it mixed with other foodoids, such as soups and sauces. And I’m very fond of fresh (unpasteurized) sauerkraut and kimchi. Love olives — this house has two trees full of them, and I happen to know how to brine them in the Greek manner. One site claims chocolate contains probiotics…that, too, I eat in modest amounts every day. 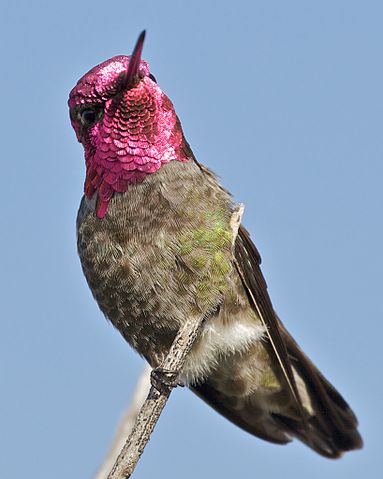 It’s the end of May — by now summer should be y-cumen in. But no! It’s 60 degrees in the morning, and the days are still cool enough to loaf around outdoors all day long. That is weird.

The place is overrun with doves and tweety-birds. This afternoon I bought another gigantic bag of birdseed from the WalMart, since the little dinosaurs have gone through the existing supply.

Also cleaned and refilled the hummingbird feeders; relocated one to the newly pruned paloverde tree.

4. Finally deposited about $2,000 worth of checks. I hate the credit union’s at-home deposit function. Sometimes it’s so time-consuming, especially if you have several checks, that it’s less annoying to drive up there and drop the checks off in person.

5. Pleased to recall that I put two grand aside in emergency savings: covered Luis, thank God. Luis and a sidekick cleaned out the front porch, thinned the giant mesquite tree, cleaned up the shaggy desert willow, trimmed the yellow oleander, pruned the paloverde branches off the roof, and cut about a third of the looming goddamned Australian weeping acacia out, thereby eliminating most of the risk of the damn thing falling on my house or my neighbor’s during this summer’s monsoon winds. For two day’s heavy labor by two men, he charged $940. A bargain, I’d say.

6. Remembered that I needed to download all the checking account transactions since the first of the year. The credit union has upgraded its system so it took all of 5 minutes to download 6 months’ worth of data for 3 accounts!

7. When I put off a chore because I hate doing it, I tend not to do the other chores I’m supposed to do that day. Then I put everything off and get nothing done. The ditzy bookkeeping tasks done, I went so far as to clean the bathrooms and pick up most of the litter and run a load through the clothes washer.

8. Then it was off to Walmart, Walgreen’s, and Costco, what fun. Got an external hard drive, needed for Time Machine backups, for $10 off, it being the last one on the shelf. Whilst ambling around Costco, remembered that the barbecue repairman was supposed to have shown up at 1 p.m. At this point, it was after that.

Luckily, the lines were short. Flew out of the store and raced home, but by the time I got here it was 2:00 p.m. However…

9. The BBQ guy had let himself in. By the time I got here, he had about fixed the broken igniter switch. Then he cleaned the entire, very dirty unit. Thing looks like new and works as well.

All in all, it was a productive and pleasant day. 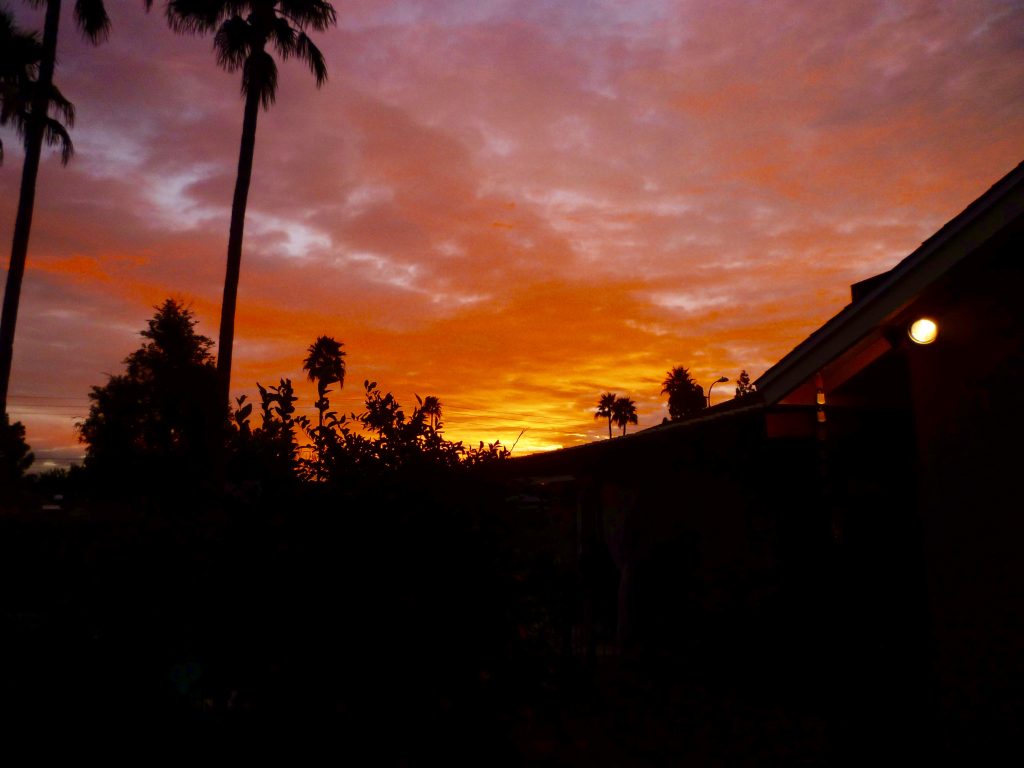