So it’s been about a month since I decided, at a young doctor’s urging, to climb back on the wagon…and since then have managed to cling to the haystack. She speculated that the disturbing tingling in the hands and feet is a peripheral neuropathy occasioned either by a vitamin B12 deficiency or by alcohol abuse.

I personally do not think one or two glasses of wine, once a day, taken with a large meal consisting of meat, two vegetables, or a vegetable & a salad represents alcohol abuse. On the other hand, neither do I feel my world will end if I substitute iced tea or iced coffee for the swiggles. The doc’s definition of “too much,” it develops, is driven by shifting standards of acceptably safe amounts of alcohol consumption — revised downward. These official pronouncements tell us that women should drink no more than 4 ounces of wine a day.  This is less than the standard presented as Received Truth when I was a young pup.

Well. Four ounces is one rather small glass — hardly more than a taste. It’s not worth opening the bottle and dirtying up a wine glass to pour less wine than will accompany a full meal. I’ve probably been drinking about 6 ounces a day. Apparently that is dire, DIRE, we tell you!

Okay, to the great joy, no doubt, of my Christian Scientist ancestors’ lurking ghosts, I heave myself onto the wagon and fasten the seat belt. Meanwhile, the young doc and her boss also suggested that I drop a vitamin B12 supplement every day, the B12 level being one aspect that turned up wanting in the vast complicated set of blood measurements they did. (Does it not strike you as odd that if you have a nutritional deficiency, only one of a wide array of factors would be lacking?). This stuff isn’t going to harm me. Whether it will help remained to be seen.

And, we might add, still remains to be seen!

Neither of these two changes seemed to have much effect, over the course of three or four weeks. Well: I feel a little more energetic — one symptom of B12 deficiency is fatigue. Was I fatigued in the long-ago time? Not exactly: I incline to call it lazy. But whatEVER. Yesterday I scrubbed 1868 square feet of tile without noticeable “fatigue.” 😀

As for the tingling feet and hands? Like an electric current flowing through them. All. The. Time.

I’d been applying a topical anesthetic in the form of lidocaine. Its effect, to the degree that it has one, was brief, at best. But then…oh, yes, THEN: a vague memory flitted across the fogged brain: that nightstand drawer held several vials of CBD cream and ointment given to me over the years by various friends & relatives. Hmmm….  What if?  D’you suppose…?

Dig these out and smear them on the paws, one at a time over a couple of days. Only one of them has much effect, but it does make a noticeable improvement. Hot dang. 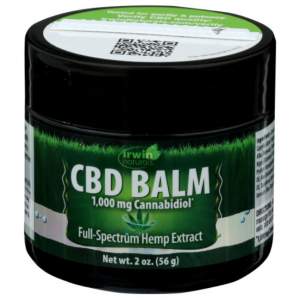 This elixir goes away quickly, because it’s just a sample size. But…it is to be noted that Sprouts, which has a store within walking distance of the Funny Farm, sells CBD nostrums! So yesterday, girding myself with face mask and disinfectant, I trotted into that fine emporium, where I found the cannabis nostrums under lock and key. Tracked down the woman who runs the cosmetics and patent meds department, and found to my surprise that she was pretty knowledgeable on the subject of cannabis-laced skin balms.

Picked one that she recommended, hauled it into the house, and lo! It actually does work pretty well! Doesn’t make the electrical effect go completely away, not by any means, but it does dull it enough to make it tolerable.

Meanwhile, we have the perennial blood pressure neurosis.

Since I’m going to have to trek back out to the Mayo toward the end of this month to do battle with the docs over my various lifestyle manifestations, I figured I’d better resume making a record of average BP measurements, since every time I so much as drive into a hospital or doctor’s office parking lot, my blood pressure heads for high orbit. I feel I need to have a record to show how the figures run in a less crazy-making environment.

At 2:30 in the morning on August 3, when I was awakened by the sensation of my pulse pounding, the blood pressure was 161/93. Holy shit! By 3:30 it had gone up to 167/107, freaking terrifying. This, however, was not the first time I’d experienced a night-time episode of astronomical blood pressure. Last time, it had dropped into the elevated but not terrifying range by the time I got to the ER, and within 45 minutes or an hour had gone back down to what was then “normal” for me. Also by now had learned that a “blood pressure crisis” — hurry on down to your nearest ER — is upwards of 180/120. So this time I refrained from panicking and just tested it about every half-hour or so, and yes: watched it fall to 143/90. Still way too high, but not immediately in stroke territory.

As this night watch proceeded, it occurred to me that because of the neuropathy I was swimming in ibuprofen. I’d been taking 200 mg four times a day — the last spiked with Benadryl in the (vain) hope of sleeping past 2 a.m. That’s 800 milligrams a day of the stuff. Holy ess aitch ai!

Turns out ibuprofen can jack up your blood pressure. And…it’s dangerous to ingest it along with cinnamon, a little experiment I’d decided to try by way of addressing the alleged prediabetes that also showed up in the blood tests.

So I decide to go cold turkey with that stuff.

It was dulling the tingling a little…but not enough to matter. In fact, the CBD gunk makes one helluva lot greater improvement.

Now I’m tippling nary a drop of wine (or anything else, either).

And not gulping down piles of ibuprofen.

Awww c’mon! Gimme a break. I write it down but regard it as a fluke.

Right. Sure. I figure the BP machine must be busted. Make a note to take it up to the Walgreen’s to get it checked.

Dayum! It must’ve been the wine, not the old age and not the various neuroses that was pushing the blood pressure into the alarming range.

Well. We shall see if this proves true. I’ll believe it when I see it…at least eight or ten times.

As for the tingling extremities? The electrical current is about gone in the feet.

What next, dear Lord?

1 thought on “Magic Dragon to the Rescue”