So time and Tony’s nursing-home schemes trundle on.

Since my last post, I determined that I’d better move out of here while the movin’s still good. Encountered a handsome young real estate agent (♥) and spent most of yesterday gallivanting around the North Central part of the city looking at houses on the market.

And we did find a really nice place…not far from here! Just below Main Drag South. About the same size as the Funny Farm. Freshly renovated. Nice neighborhood. Convenient to all that which this house is convenient unto.

O’course, that nearby location means even if I keep my name out of the public record, Tony can easily follow me home if he spots me — as sooner or later he will — and then he will know where to harass me.

Oh well. The place is so appealing and so perfect, I was willing to take that chance.

So we wanted to invite M’hijito to come and see it before I arrive at a final decision to make an offer.

When I called him last night, he threw a baroque sh!tf!t. He does NOT think I should move out of this house, nor does he seem to believe that Tony represents any real threat.

Funny. The judge he threatened sure as Hell did.

The kid actually proposed to take over control of my financial affairs. O’course, he’d have to prove I’m incompetent, which he can’t. Especially since I can easily trot out the court transcript that records Tony threatening the judge. But an attentat like that would, you may be sure, permanently blight the mother-son relationship. Such as it is.

About 80% of the reasoning for selling this place and moving away from the Nursing Home Empire is to preserve the capital presently invested in real estate here in the ‘Hood. The Funny Farm is fully paid off, and just now is worth something over over half a million dollars. That is a bit under half my total net worth. So this house represents a large part of the estate he will inherit from me. 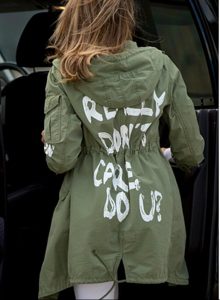 Well. If he doesn’t give a damn whether it loses value as it’s surrounded by commercial enterprises, why should I? And why should I go to the endless trouble and probably even more endless work entailed in transferring funds and moving house, just to preserve an asset that will go to him one way or another, whether it’s worth what it’s worth now or not?