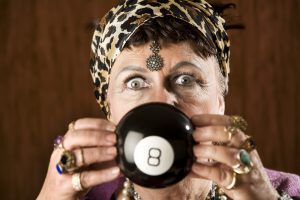 If you were your kid and you were an American, come of age in a time when America the Great was rapidly turning into a Third-World Country, what would you do differently from what your parents did? From what your kid him- or herself is doing right now?

Do strange little thoughts like that ever cross your mind? They sure as Hell cross mine.

My father planned carefully for his retirement and his old age. Thanks to his planning — and to his lifetime of amazingly hard work —  I haven’t had to put in that much single-minded effort: he left me enough to live on comfortably through my dotage. But that’s not so true of my son.

Although my son’s dad is affluent, like me he also no doubt will live (expensively) into advanced old age. My son’s grandmother just died at the age of 106 (no, that is not a typo), having spent the past 20 years wasting away ruinously in a nursing home. The new wife is a good 20 years younger than me, and though she has a highly competent son, she also has a feckless, dependent daughter who never will be able to care for herself and her offspring. Thus most of whatever my son’s father has now will be dedicated to supporting the less gifted occupants of that side of the family.

My son, the recipient of a spectacularly expensive private education, has a decent job but not one that will make him rich. It can, however, allow him to work remotely from just about anyplace that he chooses.

My mother smoked herself into the grave in late middle age. We have no clue how long she might have lived had she never picked up a cigarette. Her father died of Hodgkin’s disease, an acquired cancer not uncommon in his part of the country: we have no idea how long he might have lived had he dwelt someplace else, never smoked, and never drank. Her mother chippied herself into the grave: we have no idea how long she might have lived had she never been exposed to the kinds of reproductive viruses one acquires during a wildly misspent youth. But the other women on her mother’s side of the family were Christian Scientists who lived into advanced old age: we do know that in the absence of alcohol and tobacco, they lived into their mid-90s even without ever going anywhere near a medical doctor or a patent medicine.

So what we have here, in the planning department, are two people — me and my son — each of whom have a shot at living into advanced old age. Or not.

What can be done for my son — by me or by him — to ensure that he will be financially secure into his dotage? 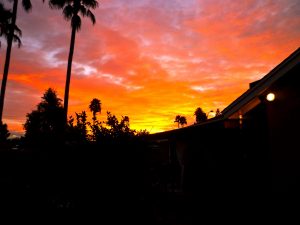 We know that I absolutely positively do NOT want to spend my last years in a “life-care community,” a rabbit warren in which to lock up old folks. My father consigned himself to one of those places after my mother died, and I have several friends who are now living (expensively) in similar prisons. I will take a swan-dive off the North Rim of the Grand Canyon before I allow that to happen to me…and that also is neither a joke nor a typo. My house is paid for: if I die tomorrow my son will inherit a piece of property worth about $400,000, free & clear. My son’s house will be paid for in another 10 or 15 years; it will be worth around $325,000 to $350,000, if all things remain equal. He lives frugally and invests in IRAs, and so he presumably will have some retirement savings in hand, if he lives into his dotage.

The Covid-19 fiasco has shown his employer, clear as handsomely chlorinated swimming pool water, that there is no reason to maintain expensive office space to support a profitable insurance business. He believes the company will never re-open its pricey new digs in Tempe, a dreary suburb of Phoenix. Shortly before the Covid fiasco began, he was promoted to a managerial position. He remains a manager: remotely.

What this means is that there’s really no reason for him to continue living in a dump like Phoenix, a vast, ugly, crass bedroom tract that we might kindly call L.A. East. If the company settles permanently into a mode in which most or all of its mid-level employees can work online, he could in theory live anyplace he pleases.

And there are many, many better places to live.

In Arizona alone, for example, towns such as Prescott, Bisbee, Patagonia, the outskirts of Tucson, and even Payson have far more temperate climates and are nowhere near as grubby and  crime-ridden as Phoenix. Nor is there any reason to stay in a culturally backward hole like Arizona. If you want to live in the Southwest, there are many better places to live in Colorado, Utah, Nevada, and parts of New Mexico. If you don’t mind jumping on a plane to visit your employer for monthly staff meetings, Oregon, Washington State, parts of Mexico, Costa Rica, Panama, and waypoints are highly desirable venues. With a fistful of cash from the sale of two houses, you could easily install yourself in the Low Countries, Ireland, the south of France, Italy, Scandinavia, Switzerland, Canada, New Zealand, or parts of Australia.

Why stay in a declining economy with a corrupt leadership and a moribund health-care system?

Why not use the capacity of electronic telecommuting to ensconce yourself — now, while you still have some years to enjoy life — in a better place?

If I were my son, I would be so gone. Right now: I wouldn’t wait for retirement, certainly not given the wacksh!t direction into which our country’s politics have dragged us. I probably would leave the US, given half a chance to pull it off. But even if I chose to stay in the this country, you can be sure it wouldn’t be in Phoenix.

Speaking of the which: as we scribble a cop helicopter is buzzing its way toward us, the dog has flown into a batsh!t frenzy, and I suppose I’m going to have to get up, dig out a pistol, and lock the security doors. So much for the scheme of taking a moonlight dip in the pool.

Where would you want your kids to spend the best years of their life?