Okay, so the day before yesterday we whinged at great length about how things are tough all over for women. We listed 40 onerous and marginally paranoid self-protective habits that most women indulge. We failed to mention the First Principle of driving a car, it should be noted: Always lock your car doors. So really, we have 41 onerous and marginally paranoid strategies every woman should follow. Right?

But: the truth is, it’s not just women who do and probably should do these kinds of things. Yes, there are a lot of predators out there…and they don’t just predate on women. And while it’s true that a panhandler — for example — is more likely to hit up a woman (because she’s more vulnerable to the overlay of fear presented by a demand for money in the middle of a parking lot), they also hustle men. Muggers stick up men for their wallets as merrily as they rip a purse off a woman’s shoulder. Let’s consider the strategies men probably do — or should do — even if they don’t admit to it:

• Hold my keys as a potential weapon.

• Look in the back seat of the car before getting in.

Good idea for male or female.

In the absence of pay phones, you’d be crazy not to. Is there anyone anymore, male or female, who doesn’t at least have a cheap clamshell at hand in the car, when hiking, and otherwise out and about?

• Lock all the windows when I sleep, even on hot summer nights.

Unless you relish the prospect of being surprised by a home invader, obviously you should keep your windows locked when you’re asleep. Men & women. 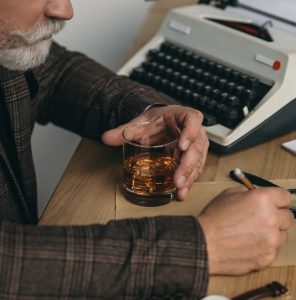 • Be careful not to drink too much.

Goes without saying, whether you’re male or female. Consider the effect a reputation for exuberant drinking is having on our present Supreme Court nominee’s career — decades after the fact.  There’s more than one way to suffer harm from excessive drinking.

• Don’t put my drink down and come back to it; make sure I see it being poured.

Well…possibly not as important for a man than for a woman. Men have, however, been known to be robbed or otherwise victimized after a Mickey Finn was administered. 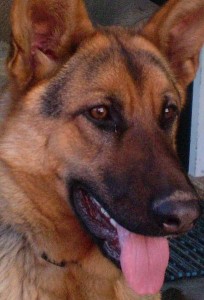 Male or female: own a big dog if you really want a big dog (because you like a big dog, not because you think it’s going to protect you), and own one only if you already know how to handle a large, high-drive animal or are willing to spend the time and effort to learn how. So: Conditional no, male or female.

Depends on where the man goes habitually. Neither male nor female should leave a can of this stuff laying in a car: the weather outside doesn’t have to be all that warm for the temperature inside the vehicle to get high enough to cause a pressurized can to discharge.

• Have an unlisted phone number.

See above, cell phone: You’re crazy if you don’t. The constant nuisance robo-calls are enough, without having people be able to look you up and target you personally for pestering. Unisex.

• Have a man’s voice on my answering machine.

No problem with this one. Women only.

You need to be told this? Here, too: males do not enjoy having their cars broken into and their stuff stolen, any more than females do. And men are as vulnerable to lurking muggers as are women.

This one strikes me as a little extreme for either men or women. In some city downtowns, hospitals, and municipal complexes, you really have no other choice. And I fail to see how a parking garage is any more unsafe than a parking lot. See above: “hold keys as potential weapon.” And remember most modern key fobs have a panic button with which you can set your car’s horn to honking frantically.

• Don’t get on elevators with only one man, or with a group of men.

Definitely n/a for a man. Probably a little much for a woman, too, depending on the time of day and the number of people in the lobby or corridors.

• Vary my route home from work.

Probably a good idea for anyone. Who needs onlookers watching where you go at what time of day?

• Watch what I wear.

Since few men’s clothes are sexually suggestive, I’d give this one an n/a for men.

If you really think the risk is that high, then probably you should avoid these wide spots in the road regardless of your gender. But by and large, reference above, “hold keys as a potential weapon” and below, “own a firearm.” Men at least have the advantage that they don’t need a room with a door on it to take a pee.

• Use a home alarm system.

Again: burglars don’t care whether you’re male or female. The home alarm system is supposed to deter thieves while you’re out. You don’t need to pony up an expensive monthly charge to alarm your doors and windows so as to alert you if a prowler tries to enter while you’re home: all you need is a fistful of little battery-operated screamer alarms. This one: applicable (or not) to both men and women, depending on whether you feel inclined to pay for it.

Duh! Applies to men as well as women. Heavens, but people are stupid.

• Avoid forests or wooded areas, even in the daytime. 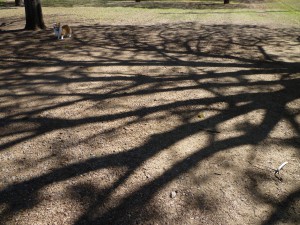 This is probably more apposite for women than for men. I certainly have been pursued and have had to hide to escape a jerk while hiking in the local mountain preserves. It’s unlikely that would happen to a guy. Again, see below: own a firearm.

Why on earth would you want to do that? Unless you had a disability that precludes climbing steps, that is. The noise factor in a ground-floor apartment defies belief. Never take a first-floor apartment unless it’s in a single-story building. Applicability: Male & female.

No doubt applies more for women than for men. But…why go anywhere that’s unsafe for a single person to navigate? Don’t go to places where you have to go in a group to be safe.

Unfortunately, yes: male or female. However, this one comes with a caveat: own a firearm and get formal safety training AND go to the range regularly to practice. If you can’t be bothered with learning how to use it and keeping up a minimal level of skill, keep a baseball bat in the bedroom instead. The risk to yourself would be lower.

• Make sure to have a car or cab fare.

• Don’t make eye contact with men on the street.

Just act like a normal human being. Within different cultures and within a given culture’s different social classes, males have elaborate customs for behavior on first encounter with a strange male. This one probably applies to males as to females, with the caveat that you’d best know what you’re doing.

• Make assertive eye contact with men on the street.

As a female in America, I wouldn’t do that on a bet. As a male? Reference above: act normal.

It never hurts to be aware of your surroundings, male or female.

Reference above: Duh! This is akin to leaving your car unlocked after parking on a public street. Just put out a sign: Burglars welcome here!

• Never walk across a parking lot habituated by panhandlers and potential purse-snatchers.

Mostly women. While it’s a nuisance for a man to be pestered by a panhandler, it’s less threatening, I believe, for a male than for a female. Also, in my experience bums are more likely to approach women than men.

{chortle!} Why would you lug a purse around if you didn’t have to? Applicable only to women, and maybe a few guys who have a screw loose.

• Install motion-sensitive lights along all four exterior walls of your house,

Wise idea for anyone.

• Place battery-operated “screamer’ alarms on all sliding doors and windows, and on the sliding screens for Arcadia doors

• Equip a room in your home with a solid-core door and a hardened dead bolt.

This is good to have, not as a “safe room” should you fear a home invasion, but as a way to slow down and maybe deter a burglar to keep him from going after your computer equipment and financial paperwork. I keep everything I really don’t want stolen behind such a door, secured with a dead bolt that will break your drill if you try to drill it open. Men as well as women.

• Have a phone in every room, including the bathrooms, not only for your convenience but so you can grab a phone quickly to call 911.

Seems pretty obvious. If you’ve “cut the cord,” all you need is a cheap clamshell in each room, kept charged. Any cell phone will reach 911, whether or not it’s connected to a paid network. Men & women.

• Equip every exterior hinged door with a heavy-duty security screen, and fit each one with a hardened deadbolt.

I resisted this for the longest time, feeling strongly that the burglars are the ones who belong in jail, not me. But after the Great Garage Invasion, when a police SWAT team had to remove me from my home behind bullet-proof shields, I changed my mind. And in fact, the peace of mind that these things afford — assuming you remember to lock them — is worth it. When the weather’s nice, it’s lovely to be able to leave the doors open all day and all night without any risk of some uninvited guest wandering in.

• When driving at night or through a sketchy district, if you see a red light ahead, slow down to give it a chance to turn green so you don’t have to stop your vehicle.

• Avoid driving through high-crime neighborhoods and areas known to be infested with drug gangs.

I imagine men are probably less nervous about this than women…but unwisely so. Anyone can be hit by a stray bullet, and anyone can be pounced by a carjacker. Men & women.

• Drive a substantial distance to avoid having to shop in grocery stores whose parking lots are unsafe.

Well…define “unsafe.” What’s unsafe for a woman may be less so for a man. Reference above, “Never walk across a parking lot habituated by panhandlers and potential purse-snatchers.” If it’s in a a heavily gang-infested locale, then I suppose a man could be even more at risk than a woman, from territorial gang-bangers. Possibly more applicable to women than men, but men & women depending on circumstances.

• If you have a carport or garage with an entry to the attic in its ceiling, padlock the thing.

Many people are unaware that this is a potential entry into a home. If you’re a burglar and you can enter an attic from a carport, all you have to do is walk across the beams to reach the living space, punch a hole in the ceiling, and hop down into the house. Men & women.

We have the following results:

Surprise! 68% of these precepts apply to everyone of any gender. Only about three in ten apply to women only.