In the Getting Nowhere Department, for the life of me I cannot enter edits to clean up the formatting mess that is yesterday’s post. NOOO clue what’s the matter with it. Grayson the Web Guru doesn’t seem to know, either. Because, he offers, I copied and pasted it in from a different program?

Well, OK, could be: he’s got somethin’ there. I pasted much of it from MacMail, reproducing a narrative of adventures I’ve shared with friends. But I do that all the time!!!!!! If copying a passage from an email bollixes up the formatting so spectacularly that it can’t be fixed, then 2/3 OF THE POSTS I’VE INSTALLED HERE FOR LO! THESE MANY YEARS would be similarly up-gefucked.

It won’t let me fix the formatting. So I give up. The copy is not unreadable — just a bit funny-looking. The latest effort fixed all but about the first third of the post. Sooooo…fugeddaboudit… Let’s pretend it’s just ducky and move on. 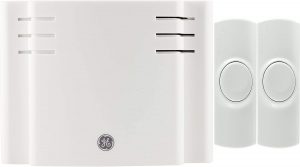 Day from Hell started with a simple goal: trot out this morning to visit the nearest hardware store and pick up a battery-operated doorbell. One with two bing-bong buttons. This to replace the one that was disassembled by a thief.

No kidding. I’m sitting in my office and see a pickup pull up to the front of the house. Looks like a yard dude: he’s got a trailer full of yard debris in tow. Guy hops out of the passenger seat. I figure he’s gonna come up to the door and ask if I’d like to hire them to clean out the weeds that have sprouted (in gay abandon!!) since Gerardo and the boys were here.

He walks up to the front gate; pauses there; then turns around and RUNS back to the truck.

Turns out he’s ripped off the doorbell button from the gate!

This house has been owned by a succession of eccentrics. Before Satan and Proserpine (my immediate predecessors) bought the place, some chucklehead who lived here got the bright idea of RIPPING OUT THE WALL BETWEEN THE LIVING ROOM AND THE FRONT BEDROOM. No kidding. This clever strategy turned the front room into a cavern, and reduced the number of bedrooms from four to three. Thereby also reducing the value of the house by about 20 grand.

In the process he also ripped out…yes…the doorbell installed by the developer. Like most sane doorbells, this thing operated on electricity, and so it had wiring that ran through the very walls that Previous Moron Owner had declared redundant. So when S&P moved in, the house had no doorbell.

And when they moved out, the house had no doorbell.

BUT…you can buy handy-dandy battery-operated doorbells at the Depot. Most of these devices have (or used to have…) two buttons: one for the front door and one for the back door.

Since my backyard is secured like Leavenworth, this gave us a redundant button.

But it was rendered UNredundant when Richard the Incredible Landscaping and Construction Dude built a marvelous enclosed front courtyard for me. He installed wrought-iron gates in the wall around this thing. A-n-n-d…conveniently enough, most battery-operated doorbells come with two doorbell buttons. We put one next to the driveway gate (where most people enter the courtyard) and one in the customary spot beside the front door.

This has worked well.

Until that a$$hole stole the doorbell button by the gate.

Ohhkay…i figure i’ll go out and buy another doorbell and set of bing-bong buttons, just like the one I installed a few years ago when I moved into this place.

They apparently don’t make the damn things anymore. You cannot find them for love nor money.

Beloved Ace Hardware store up by the QT doesn’t have them.

Similarly beloved Ace Hardware Store in the Basha’s strip mall doesn’t have them.

Any surviving unsold specimens (if they actually do exist) are available only on Amazon.

So. I spent the ENTIRE FUCKING MORNING driving from pillar to post through the heat and humidity, banging around amongst the homicidal morons, and accomplished exactly NOTHING.

Well. Except for witnessing some fine examples of humanity’s nuttiness.

Here we are in the Home Depot parking lot, having dodged oblivion twice on the way there. Cruising up to where the reasonably located parking spaces reside, I see a young HD employee collecting empty shopping carts.

Because, after all, no self-respecting HD customer would have the common decency to put the damn things in the li’l stables where you’re supposed to park them after unloading your junk, right?

The kid is heaving a long line of carts across the lot — he must be pushing 15 or 20 heavy metal carts over the tarmac.

Along comes a moron in a beautiful new pickup — all red and shiny and magnificent. He cruises past the kid and the kid’s choo-choo train of carts, then CUTS IN FRONT OF HIM and swerves into a parking space directly in the path of where the kid has launched the carts!

I think omigod that whole train of metal shopping carts is gonna crash into the truck’s shiny new rear fender!!!!

Incredibly, the kid manages to stop the caravan just before it collides with the truck.

Trudge into the Depot. Ask around. Find a guy who knows about battery-operated doorbells. Nope, they don’t have any with two ringy-dingy buttons.

I know these still exist, because I’ve seen them on Amazon. Say g’bye. Trudge back out through the soggy heat to the car. Resume driving driving driving.

Cruise across the city, under the freeway, through the ever-present road construction, and over to the Lowe’s. First try to visit the Best Buy next door to the Lowe’s, because as we know Best Buy carries everything, no matter how eccentric. Forget that: they don’t open until an incredible 11 a.m.!!! It’s about 9:30 or quarter to ten by now, since I wanted to get an early start to beat the most crushing of the heat.

Lowe’s of course has battery-operated doorbells…but none of them have two doorbell buttons.

Drive home, ready to bite somebody.

Dodge a huge truck that tries to change lanes into the driver’s side of my car. Incredibly, escape unharmed.

SDXB on the phone. Tell him this sad story. He starts to lecture me about how to get the desired doorbell, unknowingly reiterating Every. Goddamn. Thing. I. Just. Told. Him. I’d. Done. This, evidently, because he suffers from male pattern selective deafness: this is a guy who literally cannot hear the female voice. And so it doesn’t register with him that he’s advising me do do all the things I’d just told him I tried to do.

Finally get off the phone, more or less politely.

Get online. Call up Amazon. And yup: there’s the very doorbell.

Order it up. It’s supposed to be delivered by 10 p.m. tomorrow.

That’s assuming, of course, that none of the ‘Hood’s ubiquitous porch pirates steal it before I notice it’s been delivered.