Nope, I haven’t croaked over from covid-19 yet (though the accursed ragweed allergy was so exuberant this spring I came within an inch of running to the doc to get tested). Haven’t been killed in any protests — yet (though the temptation to riot in the streets is great: see b’low…)

The past couple weeks have rendered me incommunicado with…gasp!…work. A large and interesting project from a client is in-house. I should have turned it back to her before this, but a few other small distractions arose. And I’m nuthin’ if not easily distracted. 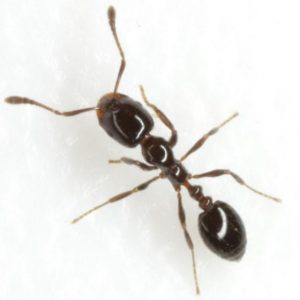 The current battle in the Ant Queen Wars is in full sway. Her Majesty’s soldiers took possession of the kitchen counter, a matter complicated by the fact that I supposedly am not going into grocery stores and Home Depot…and I have no ant traps. Ordered up a package of bait that seemed to be highly reviewed.

Junk! The Queen’s minions recognized that stuff for what it is. So now we have another brand on order from Amazon, one that I’ve used before and…why didn’t I order that in the first place? Ohhhh well.

I thought the troops were entering the field of battle through some opening in the Cave of the Dishwasher, and so this ayem planned to call the handyman to pull the washer out from under the counter so I could sprinkle some DE under there. But by the light of dawn, the laydeez trail became visible: they had discovered an entry beneath the security screen on the side door to the garage. From there they marched across the floor to the kitchen door, where they managed to penetrate to the battlefield despite a thick piece of insulation along the doorjamb.

This was good. DE is not something you want to sprinkle liberally around a kitchen, and especially not on a counter — not unless it’s food-grade DE. This is swimming-pool DE, not something you’d normally choose to play with. But in the garage? WGAS!

So I bombed the trails across both entryways, handily repelling that battalion.

Earlier, it was out the door with the hound. We got out at 5 a.m. — hot and muggy even at that hour. The weather we’re enjoying is what I would call July weather. Usually in June it does not reach 112, and June is normally quite dry, so that the mornings and evenings are highly tolerable.

Not so, now: an hour’s walk through whatever that is out there turns into an uncomfortable traipse.

As we’re trotting homeward, a crazy lady hauls up behind us, yapping away as loud as she can yap.

I hate that. Most women do not know how far their voices carry outdoors, and so even normal conversation can be annoying from quite a distance. But this wasn’t conversation — she was alone. Finally I realized she was talking to herself in a loud voice…. But no…she wasn’t talking, she was singing. Sort of. More like squawking. She was moving faster than the dog and I were walking (which was as fast as I could chug along), and so instead of falling back, she was gaining on us.

At the corner of Neighborhood Lane and Feeder Street NW is a house where I often stop to chat with the residents. Butch is usually out puttering in the yard or the garage, with his wife Marge coming and going. If I can get to them there’ll be some safety in numbers, and if we have to we can go inside their house until the lunatic moves on. I don’t see him in his usual domain, but expect he’s in the garage.

As we come abreast of their house, the garage door opens and out comes Marge. I ask if I can hang around for awhile, and we wait together until the Loony Tune goes around the corner and heads south on Feeder Street. By way of polite small talk, I ask how they’re doing, and SHE says she just got back from taking Butch to the hospital for brain surgery.

Say what? She’s pretty upset, and I can tell you that she’s one tough lady.

She says that several years ago, Butch had three small tumors called meningiomas removed from the tissue that surrounds the brain (the meninges…hence meningioma). She said two of them were benign but one was ambiguous — not quite cancer, but not NOT cancer, either. As a result, he went through forty rounds of radiation therapy!

What had her most upset right this minute was that because of the covid terror, they wouldn’t let her go in with him, and they will not let her visit him. 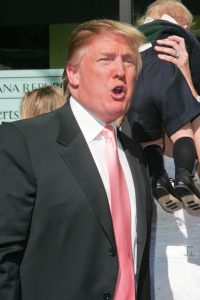 And in other news of how national events touch our lives… When Ruby and I got home, I picked up yesterday’s mail delivery as we walked past the mailbox. What do I find in the day’s catch but a pretty little check-sized envelope from the Department of the Treasury, Internal Revenue Service.

Hot DAYUM, think I: this must be the ballyhooed second stimulus check! Must drive this thing up to the CU the minute they open, since the money bin is running dry.

Rip open the envelope and find A CAMPAIGN LETTER FROM THAT BASTARD TRUMP RAVING ON ABOUT HOW WONDERFULLY HE AND HIS FELLOW REPUBLICANS (who, yes, dear fellow Republicans, do carry around his mud on their shoes) HAVE WANGLED THIS MUNIFICENT $1200 PAYMENT FOR US.

Holy goddamn shit. Excuse my language but it’s mild compared to the phrases passing through my mind.

Yes. That Bastard used taxpayer dollars — that would be your money and my money — to crow on and on about the CARES Act “which I proudly signed into law.” He personally loves you so much that he is “pleased to notify you” that your $1,200 payment (which, BTW, arrived here two weeks ago) is on its way.

Well. Does that mean he’s sending another $1200? Or is he just so stump-dump unaware he doesn’t know the money has already been sent out? Or so goddamned outrageously corrupt that he figures he can get away with sending out campaign mail on the taxpayer dime?

How is it possible to express my rage with the present State of our Union? If it were not 104 degrees at 9:00 p.m., I would cheerfully join the rioting mobs. Only be sure to wear a football helmet. Did you see where a couple of cops shoved a 75-year-old man off his feet and busted his head on the pavement? They were about to walk away and leave him there, as you can tell by a bystander’s video, when several onlookers told them they’d better call an ambulance.

And how did you like Der Wannabe Führer waving a Holy Bible around (upside down, aptly enough) on the steps of a church whose clergy and members could not agree less with his bastardry? 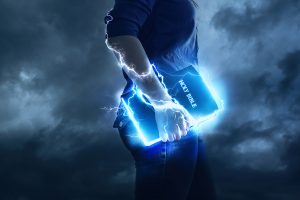 Oh, dear God. No wonder I’m not getting anything done. Back to work!